A 188-page report issued in Colorado that highlights the negative health effects of marijuana use could give anti-cannabis groups fodder to oppose legalization and the MJ industry itself.

The report – spearheaded by a panel of doctors under a directive from state lawmakers – says that marijuana impairs memory, may increase psychotic disorders in children and increases the risk of motor vehicle crashes. It also found that marijuana legalization in Colorado has led to increased hospital and emergency room visits tied to cannabis, according to Time.

The report analyzed existing research on marijuana use but does not include any new information.

Almost all published research to date is focused on the negative impacts of marijuana, so the report does not include information about the possible health benefits. The study cautions that the overall lack of research introduces a “bias” into marijuana studies in general.

The report also says there is little information on edibles or concentrated marijuana.

With so little data available, the study suggested further education and surveys about marijuana use. Colorado has commissioned eight studies on the health benefits of cannabis to the tune of $8 million, but results may not come for several years, according to the Associated Press.

Chart of the Week: New Businesses Flooding the Cannabis Industry 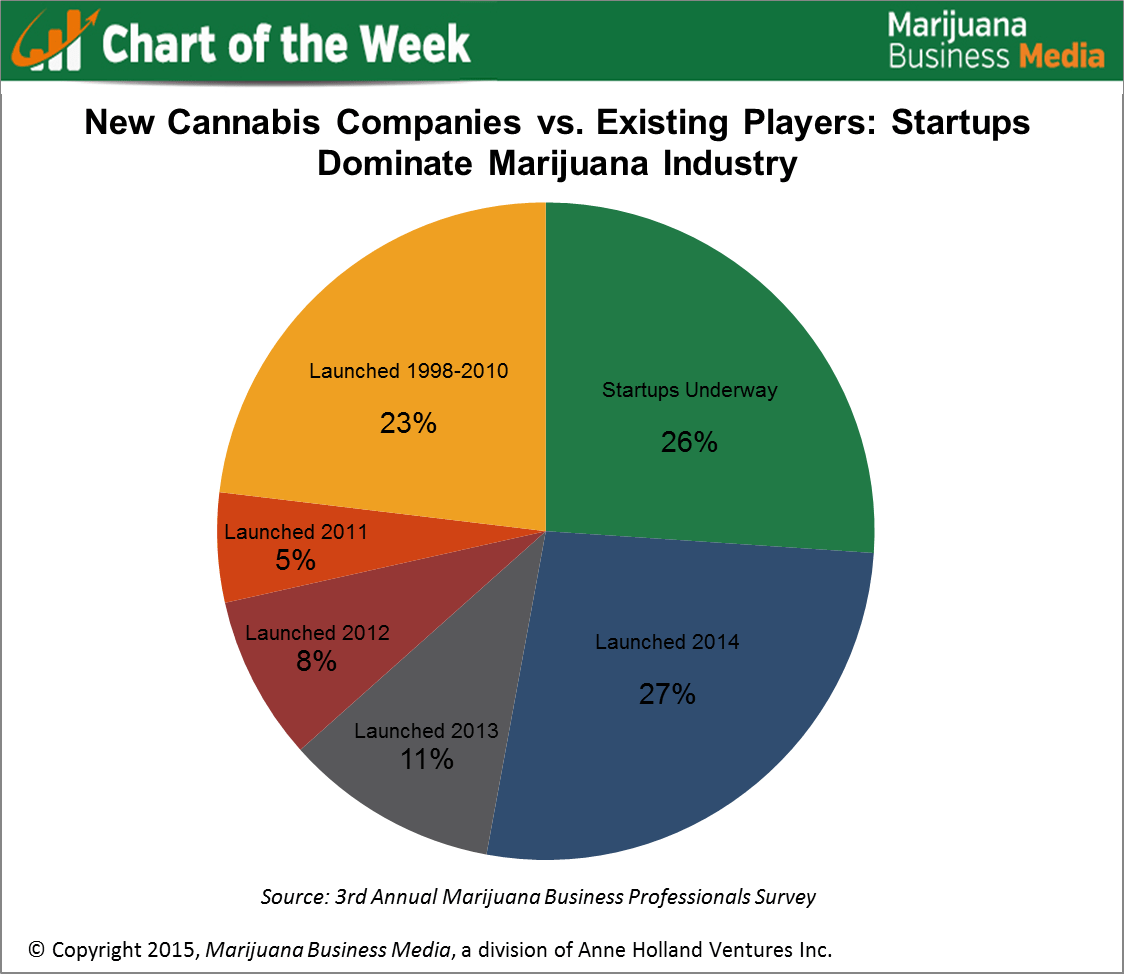