The first medical marijuana center in Rhode Island opened its doors today, ushering in a new era for the state’s fledgling MMJ industry after lengthy delays raised doubts about its future.

The Thomas C. Slater Compassion Center in Providence opened its doors at 10 am to registered patients.

It’s been a long time coming: Rhode Island residents voted in favor of a medical marijuana law all the way back in 2005. The state eventually approved three dispensary applicants in 2011, but Rhode Island Gov. Lincoln Chafee halted the program over concerns that state employees and center owners could be prosecuted. Chafee worked with state lawmakers to revise Rhode Island’s medical cannabis laws to lessen the risk and then began moving forward with the program in earnest.

“Today is the culmination of four years of fighting for patients to have dignified, safe access to medicine,” the dispensary wrote on its Facebook page this morning.

A woman who answered the phone at the center said the dispensary was packed, evidenced by the noise of an excited crowd that could be heard in the background. “Everything is going great,” she said. “We are very, very busy this morning.”

The owners were unavailable for immediate comment, as they were dealing with patients.

With the opening of the Slater Center, Rhode Island becomes the 11th state in the nation with dispensaries.

Other states with dispensaries include Arizona, California, Colorado, Maine, New Jersey and New Mexico. In several states – Michigan, Montana, Oregon and Washington State – dispensaries operate in a legal gray area or are not technically allowed under local laws but exist anyway because of lax enforcement. Dispensaries are also gearing up to open in a handful of additional markets over the next year, including Connecticut, Massachusetts and Vermont as well as Washington DC.

According to documents filed recently with the Rhode Island health department, the Slater Center expects to generate $2.6 million in revenues during its first full year of operation and post a 50% increase in sales the second year. The dispensary also projects that it will serve 1,000 state-registered patients who have designated the center as their caregiver.

The Slater Center filed plans for a 13,750-square-foot space that includes 5,000 for retail cannabis sales and 5,600 for cultivation.

Another dispensary – Greenleaf Compassion Center – is gearing up to open soon as well. 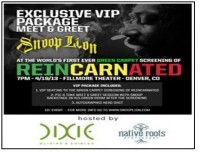