Ever wonder how “global warming” became “climate change?” Or how the estate tax morphed into the “death tax?” The short answer: Frank Luntz, one of the most influential people in politics most Americans haven’t even heard of before.

Luntz is a key message architect for Republicans and Fortune 500 companies alike. His central tenet: words matter. We use words to describe the world around us, both as it is and as we want it to be. Folks in my line of work call it “framing,” and it underpins every argument you’ll ever hear, from national policy debates to living-room arguments.

Agree with Luntz’s politics or not (I tend not to), the first generation of cannabis business leaders would be wise to study his moves and memorize his playbook. Words are arguably more important in the cannabis industry than in any other business sector given the sensitivities around the issue. Entrepreneurs must realize that words help shape the discussion about cannabis and – if used correctly – will help us achieve our ultimate goals of broader acceptance, safer and easier access and a bigger patient market.

While Americans are much more likely to support “marriage equality” than “gay marriage,” the same could be said for “cannabis” over “weed.” Organizations like the Drug Policy Alliance, the Marijuana Policy Project and the National Cannabis Coalition understand the power of words. Now, cannabis entrepreneurs need to put these lessons to work as well. Here’s how to start:

#2. Know your audience today and tomorrow. Millions of Americans, from suburban parents to seniors, will slowly enter the cannabis marketplace in the months and years ahead. Most of them will be familiar with language used in the alcohol and pharmaceutical industries. Meet them where they are. Use “frames” they understand. For example:

#3. Get ready for your close-up. The cannabis industry is getting an unprecedented amount of attention. With that attention comes serious scrutiny. The average liquor store owner doesn’t worry about representing every liquor store owner in America. The craft brewer building his business one keg at a time doesn’t worry that he is the face of the alcohol industry. As more Americans become comfortable with a regulated cannabis industry, the pressure will reduce. But for the foreseeable future, if you’re a cannabis industry professional then you are a stand-in for every cannabis professional or consumer in your community. So now is a good time to ask yourself a few questions:

If you answered yes to any of these, develop a game plan for talking about your business publicly in order to put the best light on your company and the industry as a whole, and consider investing in some media coaching or training if needed. Be aware of your word choices and if it doesn’t match up with your company’s mission or your key audiences, start making some conscious vocab choices.

Cannabis-policy reform is moving faster than most anyone could have predicted, and celebrating hard-won battles is important. But this issue is still far from over. In fact, holding on to a newly won part of the battlefield is just as important and demanding as winning it in the first place. How we choose the frames and verbal constructs today will shape the future of the debate, and the industry, for decades to come.

Roy Kaufmann is vice president of Hubbell Communications, a boutique public relations and public affairs firm based in Portland, Oregon. He can be reached at roy@hubbellcommunications.com. 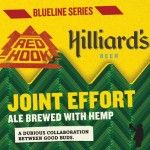