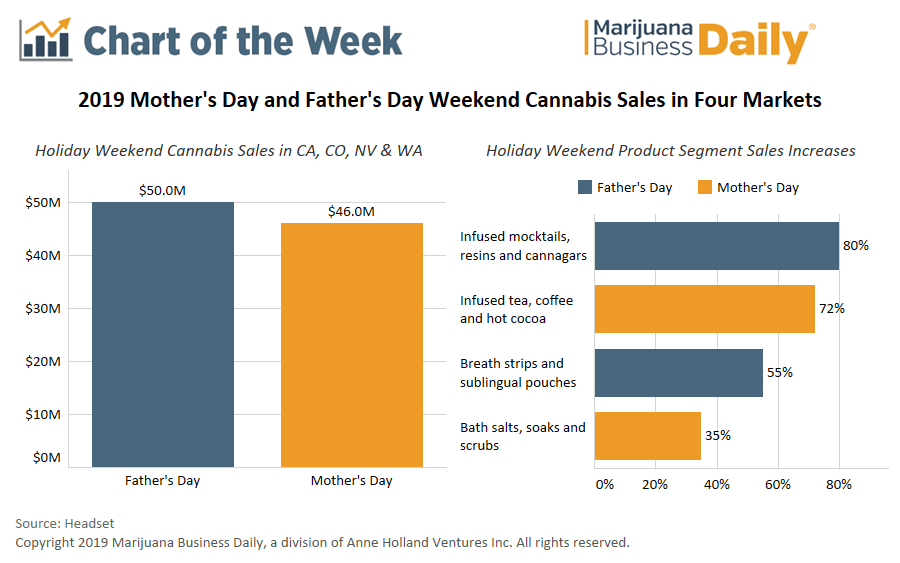 The data shows increases in spending across categories relative to the average weekend:

It is not possible from Headset’s point-of-sale data to clearly delineate how much of the spending was devoted to gifts rather than personal spending.

But, as Headset points out, these pre-rolls could have been purchased by adults needing to unwind after a day with Mom – or mothers buying for themselves as a way to relax after a day with the children.

Still, other data have shown differences in marijuana purchasing and consumption patterns between men and women, both for personal use and as holiday gifts.

A separate analysis by Headset found that men generally spend more on flower, vape pens and concentrates than women, while women spend more on edibles, tinctures, sublinguals and topicals.

On Valentine’s Day, women increased their spending on flower while men spent more on other categories. 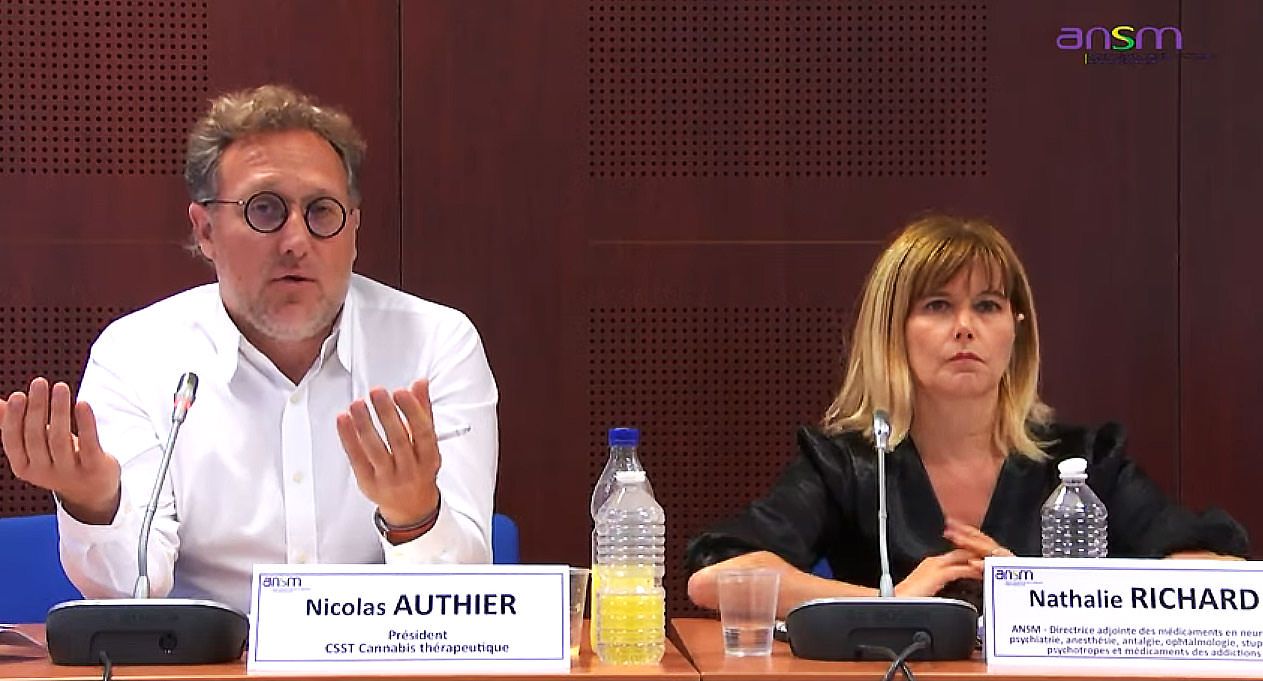