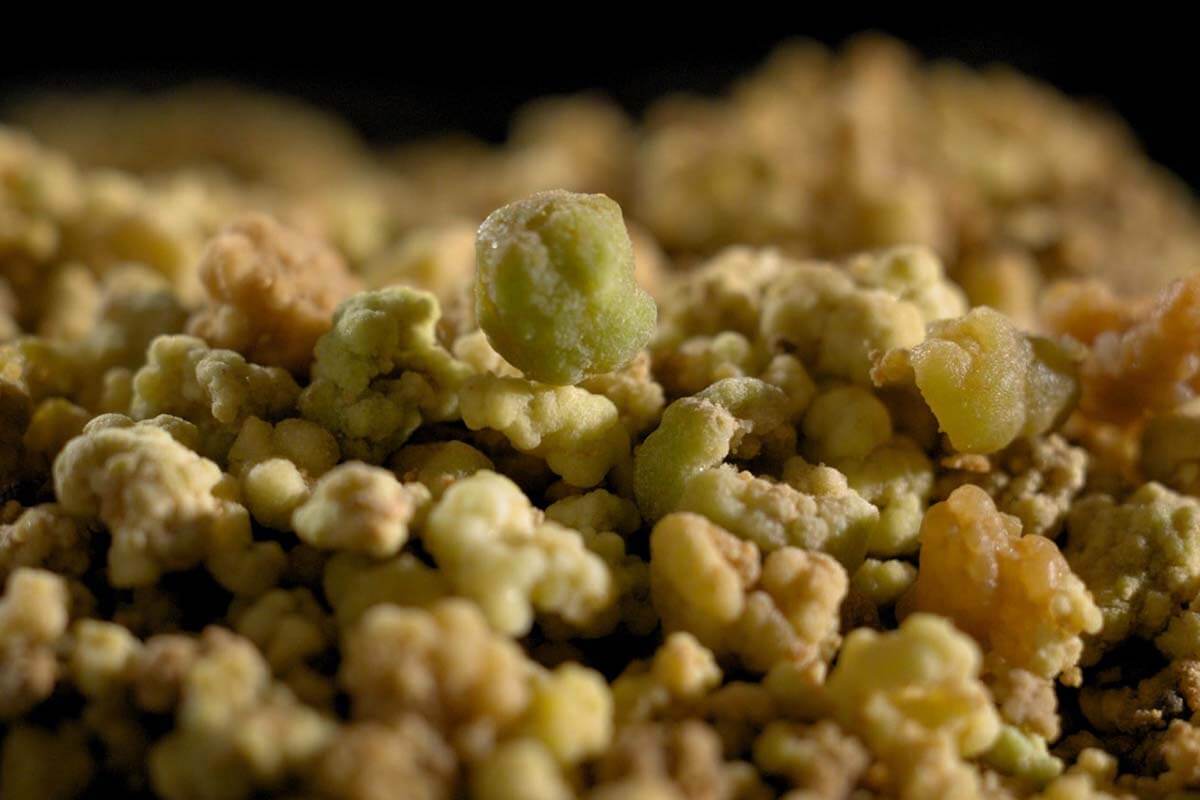 BioHarvest Sciences announced in December that it created 10 pounds of cannabis trichomes in a bioreactor. Courtesy Photo

BioHarvest Sciences, a company that biosynthetically created grape and pomegranate extracts to sell to food ingredient companies and consumers, claims to have done the same with cannabis.

The Canadian company with operations in Israel said it used liquid media in a bioreactor to create 10 kilograms (22 pounds) of trichomes in December. The density of the trichomes, according to the company, is about 200 times higher than with a typical marijuana plant.

“It’s like bubble hash. Literally 93% of our biomass is trichome and the other 7% is cell,” BioHarvest CEO Ilan Sobel said.

Not only are the trichomes denser than those harvested from plants, but they can be produced at a fraction of the cost and time required for plant-derived trichomes, Sobel claimed, and with equal purity.

“We are now at the scaling stage, taking this into industrial-size bioreactors (and will be) bringing this product to market in 2022,” Sobel said.

Ten-year-old BioHarvest is one of many companies working on creating biosynthetic cannabinoids.

Florida-based investment firm Raymond James forecast in September 2020 that the biosynthetic cannabis niche would grow from $10 billion in 2025 to $115 billion in 2040.

Other companies working on biosynthetic cannabinoids include Massachusetts-based Ginkgo Bioworks, which has a partnership with Ontario, Canada-based cannabis company Cronos Group, and Montreal-based Hyasynth Biologicals, which has an investment from Organigram, a licensed producer in New Brunswick.

Willow Biosciences in Canada also is working on biosynthesis, as are U.S. firms Cellibre in San Diego and Demetrix and Lygos, both in Berkeley, California.

Tuatara’s thesis for investing in Teewinot “was based on the belief that there would be a future market demand for a technology platform that could produce pure, consistent cannabinoids … and the development of scientific methods to replicate the cannabinoid production that occurs in the cannabis plant, without the plant itself,” Al Foreman, Tuatara’s chief investment officer and managing partner, said via email.

“Based on our observations of adjacent industries and how they source and produce ingredients, we believed that once alternative forms of cannabinoid production … were accessible, then larger product companies would seek that out,” Foreman added.

While the notion of mass-producing high-quality, consistent cannabinoids at a fraction of the cost, time and space sounds like a threat to the industry as we know it, cannabis executives, investors and even biosynthesis companies say a market for cannabis plants will continue to exist.

“There are companies that will be able to sell pharmaceutical applications of their compounds, but they will never put out of business every person that grows or extracts cannabinoids or produces cannabinoid products,” said Jim Makoso, CEO of Flowe Technology in Seattle.

Biosynthetic cannabinoids are likely to appear as ingredients in pharmaceutical products, wellness products or ingredients in food. But they won’t appeal to the biggest demographic of cannabis consumers: those who prefer flower over other formats.

Makoso estimated that 55%-60% of the cannabis market is flower.

“That says a lot about the market for cannabis products. Some people just like to take their flower, break it up, stick it in a joint or their bong or their bowl. … That part of the market is never going to go away,” Makoso said. “Those (companies) that are producing synthetically produced cannabinoids, I think there’s a place for them, but I don’t think they’re going to ever come close to making plant-based extracts that go into derivative products obsolete.”

Additionally, it is unknown whether biosynthetic cannabinoids will have a significant cost advantage over plant-derived cannabinoids.

“In most derivative products … the price of the cannabinoids generally isn’t the major consideration,” Makoso said. “It’s all of the other ingredients and the packaging and the sales and distribution costs that are generally where the expenses are.

“Cannabinoids, even in the regulated markets, are relatively inexpensive.”

Taking minors to the majors

Tuatara’s Foreman noted that biosynthesis is most valuable as a source for cannabinoids that appear naturally only in very small quantities.

As research progresses into the efficacy of individual cannabinoids, Tuatara believes the need for isolated minor cannabinoids as ingredients in pharmaceutical, wellness and food products will increase—and the supply chain required to efficiently produce those inputs will need to be in place.

“We believe this will be interesting for Big Pharma companies interested in creating formulations that use cannabinoids,” Sobel said. “Also, many CPG (consumer packaged goods) and food companies are looking for steady, reliable supplies of CBD and other cannabinoids.”

And while there is still a long way to go to commercialization, stakeholders see a light at the end of the tunnel.

“The timeline for this alternative production opportunity has taken longer than originally anticipated when we invested in this segment,” Foreman said.

“But as the market has progressed, the opportunity set has started to take shape.”