Obtain a state permit or shut down.

That’s the gist of a letter Seattle’s Department of Planning and Processing sent to 330 medical marijuana businesses across the city recently.

The agency warned the businesses that they have until July – or possibly as late as Jan. 1, 2016, depending on other factors – to get a license from the state Liquor Control Board. Otherwise, they’ll have to “stop conducting major marijuana activity.”

The city’s medical marijuana rules classify any business with more than 45 plants or 72 ounces of usable marijuana as engaging in “major” activity. 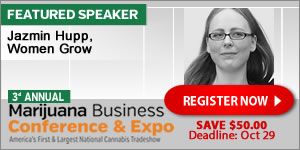 It’s impossible to comply with the rule at this point: The state has not yet determined how it will handle – or whether it will even license – MMJ businesses yet. Hence the caveat in the letter that says  businesses may have an extra six months next year to get a license “depending on action by the state legislature.”

Washington has no statewide regulations on its medical marijuana industry. Seattle, however, has established some rules that prohibit MMJ operations in certain areas and require medical cannabis businesses to get licenses from the state.

The letter includes a direct warning to newer medical marijuana businesses, which it already considers illegal.

“If you began operating after Nov. 16, 2013 and do not have a state-issued license, you are in violation of city law and can be subject to enforcement action,” the letter reads.