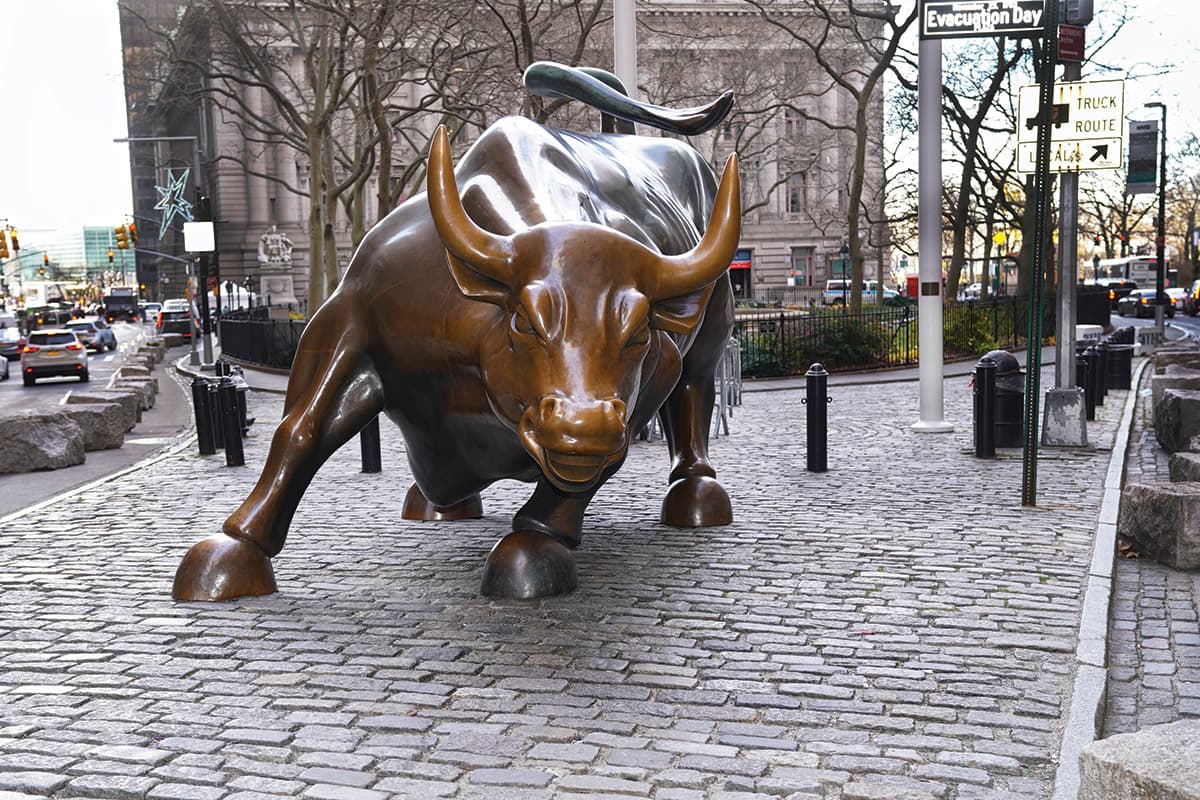 After a turbulent two years that culled weaker businesses from the cannabis industry, investors now have a stronger field of companies from which to choose. At the same time, marijuana businesses seeking capital will find it more available than it has been of late, though investors will likely be pickier about where to wager their money.

That bear market, Foreman explained, followed a period of irrational exuberance when investors—including retail players and family offices, plus a much smaller number of established angel investors and private equity firms—pumped money into unproven cannabis companies and often got burned. That period helped usher in the bear market that Foreman said started with a downturn in Canadian public exchanges in the first quarter of 2019 and continued through the vape crisis as well as the coronavirus pandemic-triggered recession in 2020.

Only in the second half of the year did a trickle of investments herald a thaw. That thaw continues, thanks to reasons ranging from the November election—in which five states legalized new marijuana programs—to dozens of states designating cannabis businesses as “essential” and allowing them to stay open during the pandemic.

Foreman agreed that several variables are reviving confidence in the cannabis space. “Operators and companies attempting to raise capital should see a positive shift in the supply-side dynamic sometime in the first half of 2021,” he said.

While companies seeking to raise capital will find investors more willing to provide it, that doesn’t mean the irrational exuberance of 2018 will return, insiders cautioned. Rather, investors will be much more selective.

“We will see more appetite in the coming year for sure,” said Karan Wadhera, managing partner at Casa Verde Capital, a cannabis-focused investment firm in Los Angeles. “I don’t think necessarily it comes back to absurd pandemonium, bubbly levels again, because people have learned their lesson. It will be a crawl back to those levels of excitement in terms of dollars coming into the space. … A lot of those dollars historically have been more retail and less institutional.”

Here are six factors that point to a more positive investment outlook for the cannabis industry.

Wadhera calculated that those new states expand the “addressable” cannabis market by 10% to 15%.

“It’s very positive for the macro story at the minimum,” Wadhera said. “This is also very positive for sentiment. Except for New Jersey, all the states that passed legalization have been ‘red’ states. It shows investors that this is no longer a partisan issue.”

With Joe Biden’s victory in the presidential election and a potentially cannabis-friendly White House that could abet banking reform and other policies good for the cannabis industry, investors might be more comfortable placing their capital in the marijuana space.

Changes, in fact, already are emerging in the halls of Congress. In December, the U.S. House of Representatives passed the MORE Act, which would remove marijuana from the federal Controlled Substances Act.

How much more comfortable investors become will depend on whether the less-cannabis-friendly Republicans keep control of the Senate or lose it in Georgia’s two Senate runoff elections on Jan. 5.

These election-related changes, Foreman said, “give a pretty good indication that the industry’s bear market is about to take a turn” and will “provide momentum for cannabis in what will hopefully be a bull market cycle beginning in 2021.”

Industry observers have long speculated that cannabis is a recession-resistant product much like alcohol or tobacco. The pandemic backed up that theory.

“COVID-19 was a net positive for the industry. The most important thing that COVID did from an investor perspective was really prove out how noncyclical the industry is,” Wadhera said. “We actually have the data now to really show that obviously cannabis has done incredibly well during COVID. We’ve seen many record sales months in states across the country. It was largely deemed essential.”

Encouraged by this evidence of resilience—especially in maturing markets such as Illinois, Massachusetts and Michigan—investor interest in cannabis will continue into 2021.

Although investors are ready to spend again, companies must show profitability, scalability and other positive traits.

“It’s going from pretty loose financial profiles and dangerous cash-flow levels to being far more pragmatic. You’re learning from the past—and having that type of responsible governance across operations gives confidence to the investor group who had been hesitant to come into the industry,” Bennett said.

Foreman agreed: “This underscores the new dynamic of the industry investment landscape, which is more traditional standards and analysis to drive investment decisions.”

Beyond profitability and scale, these traditional standards include management teams that have C-suite experience both outside and inside the cannabis space, obtaining legal protections for intellectual property and copyrights as well as professional recordkeeping and accounting.

“We’ve trended in the way of reconciled books and records, people switching from maybe a QuickBooks platform as their financial services platform and upgrading to CPAs and qualified CFOs with C-suite experience. You’re seeing more of that,” said Donnie Emmi, a partner with Hoban Law Group headquartered in Denver.

This applies not only to small businesses that might be new to raising capital but also to older and larger cannabis companies.

“Multistate operators are starting to get their homes in order, and that’s started to bear significant fruit during COVID, given that many MSOs have put up record numbers in Q3 (of 2020),” Wadhera said. “The stage we’re at now is there’s going to be a real focus on businesses that are fundamentally strong, and those will be the ones who attract the most capital from investors.”

Another change that already has started to take place and can be expected to continue in 2021 is the entry of institutional capital in the cannabis space.

“You’ll see more institutional dollars start creeping in,” Wadhera said. His own firm, he said, has partnered on deals with institutional firms such as Drive Capital in Columbus, Ohio, and former Starbucks CEO-turned-venture capitalist Howard Schultz. Other well-known mainstream venture capital and angel firms include San Francisco-based Founders Fund and New York-headquartered Lerer Hippeau, while the California Public Employees Retirement System—the biggest pension fund in the United States—plus Boston-based mutual fund company Putnam Investments also have made cannabis investments. “You’re seeing more of that. I don’t think it will all explode at once. You will see more capital inch back into the space. I don’t think it’s going to reach 2018 levels immediately. It’ll take a couple of years.”

While institutional investors are wading in, they are more earlier stage than later stage, Wadhera said.

“You’re seeing folks who are happy being earlier stage and others in more venture-type situations. You haven’t yet seen more of the traditional private equity dollars flow into this space, but it will happen for sure. There is still a lot of capital waiting on the sidelines,” said Wadhera, noting that many institutional outfits are prevented from participating because of things such as limited partner agreements, vice clauses and the like.

5. Rise of the investment advisers

The looming increase of available capital, coupled with the inexperience of willing investors, will also create opportunities for investment advisory firms focused on marijuana.

“There are growing numbers of investors who are interested in deploying capital in cannabis but aren’t sure how,” Bennett said. That presents an opportunity for people to “become a trusted voice” about cannabis investing to those people.

“As federal trends change, as financial institutions evolve toward this space, so too will the registered investment advisers … or (they’ll) run the risk of becoming irrelevant. It would be akin to if General Motors decided to ignore the electric vehicle craze and said, ‘We’re only going to focus on giant gas-guzzling engines.’”

With more capital likely to be made available and competing for opportunities in 2021, the cost of that capital—equity or debt, among others—should come down for those trying to raise it, Foreman said.

“The resulting impact would be a potential downward pressure on the overall cost of capital for cannabis operators,” he said. “The timing is really the big question. My perspective would be that where you’d really see a dramatic shift in the cost of capital would probably be 12 to 18 months from now.”

The declining cost of capital, decreasing stigma around marijuana and the existence of well-run marijuana businesses with solid financials is also making it easier for cannabis companies to get money through debt, Bennett said. Indeed, many companies that were running unsustainable cash flows have cleaned up their balance sheets.

“So, you’ve got companies who can actually service debt, and their financial profile is less risky. And then interest rates are lower because of that risk association,” Bennett said. “Generally speaking, the cost of capital is going to be coming down and the ability to raise debt with equity will also drive down the overall cost of capital.”

NEXT: Checking the Economic Pulse