Out-of-state medical cannabis companies are jumping into the nascent Ohio market because the state lacks a residency requirement for business owners.

While a majority of the applicants are listed as Ohio-based companies, at least a dozen either have an out-of-state business address or are connected to companies based elsewhere.

That’s according to the business information of 185 applications for 24 available cultivation licenses recently released by the Ohio Medical Marijuana Control Program.

A few of the better-known marijuana companies that have applied:

ADVERTISEMENT
Other applicants have ties to West Virginia, Michigan and Washington DC.

Ohio’s medical cannabis law was signed by Gov. John Kasich in June 2016 and went into effect in September of that year.

Regulators decided against a residency requirement when they drafted the law.

Tom Haren, a Cleveland cannabis attorney, said the state went back and forth on the residency issue.

“This was the subject of a lot of debate as the rulemaking process moved forward,” he said. “Ultimately what the regulators decided was to err on the side of experience operating in other regulated markets.”

With the roughly 20 treatable medical conditions, including chronic pain, it stands to reason MMJ companies looking to expand see the Buckeye State as an enticing opportunity.

While there isn’t a strict residency provision, regulators scoring applications can take into account whether a company’s principal place of business is in Ohio.

“What we’ve seen is a lot of the out-of-state investment was done in partnership with Ohio residents,” Haren said.

According to Haren, a majority of applicants were Ohio citizens who partnered with out-of-state groups to help strengthen the experience section of their applications.

“It’s hard to have experience in a market that’s been illegal here for the last 70 years,” he added.

The groups partnered on an equity basis, through management contracts or by bringing in other people to help run a facility, Haren said.

“I think we saw a lot more partnerships than we saw just straight, 100% out-of-state companies applying for licenses,” he added.

Cresco is applying for one of the 12 large cultivator licenses for Level 1 growers seeking 25,000-75,000 square feet of canopy.

The company also plans to vie for a dispensary and processor license. If successful, Cresco would pay $180,000 for a license on top of a $20,000 application fee.

“From the time that we got into this industry, this is something that we’ve known we have wanted to do – expand into other markets,” said Bachtell, whose company currently has licenses in Illinois, Pennsylvania and Puerto Rico.

“We’re big fans of the way Ohio has drafted the rules and the regs for that program,” he added. “We think that program has been designed in a way that it will be a successful program for everyone involved. For the state, for the patients, for the operators.”

He sees the conditions list as “patient friendly,” which should lead to a robust patient pool and, thus, plenty of business opportunities.

For example, unlike Illinois – where Bachtell started Cresco – Ohio has designated chronic pain as a condition treatable with medical marijuana and doesn’t require patients to be fingerprinted.

“They’ve done a very good job of designing a hyper-compliant, well-regulated medical program,” he said, “but with sufficient levels and ease of access for true medical patients that should be part of the program.”

Vireo Health spokesman Andrew Mangini said his company is a fit for Ohio because it has experience developing state-allowed, extract-based products, including patches, topicals and capsules.

In addition to Minnesota, Vireo has medical marijuana business licenses in Pennsylvania and New York.

“Unlike other states, Ohio fits our model with a distinct and clear focus on the medical side of cannabis,” Mangini added.

Ohio seems to have learned from other programs, Bachtell said, by taking parts that were successful elsewhere and modifying the parts of other states’ programs that created bottlenecks and other issues.

Haren backed up that assertion, saying the state passed the MMJ law through the legislature because it didn’t trust the program in the hands of the voters.

“Ultimately the state is much more concerned about having a well-operated market,” he said. “Nobody wants this market to fall flat on its face.”

The state also realized that business owners will try to bend the rules if needed to get around the requirements, according to Haren.

“In general,” he said, “you really end up with a whole bunch of creative lawyers and creative accountants spending a lot of time structuring transactions and structuring businesses to avoid residency requirements.”

Coming on the heels of a successful application to win a full vertically integrated business license in Pennsylvania, Bachtell’s strategy is to have a solid team on the ground in any state Cresco is licensed.

“We tend to have local partners that are as engaged and as invested as we are in making sure that’s a success,” he said. 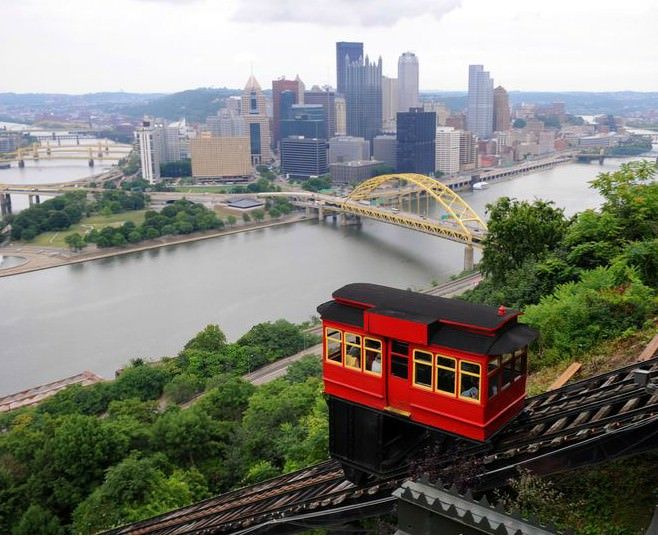