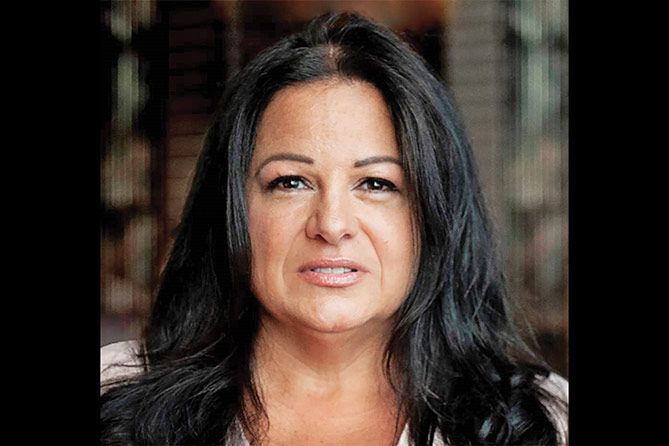 Vertically integrated cannabis producer Stem Holdings is dedicated to organic production and high-quality standards—attributes the company plans to apply to its new ventures in the hemp industry.

Ellen Deutsch, Stem Holdings’ executive vice president and chief operating officer, told Marijuana Business Magazine that hemp and CBD companies must focus on developing brands that are sustainably produced with high-quality, consistent formulations that will gain trust among consumers. That attention to repeatable quality will go a long way to forging trust with regulators as well, Deutsch said.

During MJBizCon in Las Vegas, Marijuana Business Magazine sat down with Deutsch, a 20-year veteran of brand building in the food industry, to get her insights on how hemp and CBD companies will fare as new regulations are introduced to the market as well as commonalities she sees with the food industry.

What was your reaction to the U.S. Food and Drug Administration (FDA) warning that CBD is not generally recognized as safe (GRAS)?

That’s not unusual. It took them 14 years to approve (the natural sweetener) Stevia. So, to me, coming from the food and beverage sector, I respect that the FDA has to conduct its due diligence. Very often, the market will drive faster response times—both positive and negative—whether they’re introducing something to the market or pulling something off the market.

In this case, as impatient as we are, we’re going to follow their guidelines. We’re obviously not happy that they’re not moving faster to state that it’s GRAS, but all that means is that we’re going to behave much more urgently because we know the consumer demand is there.

(The FDA) works at their own pace, and there is deliberateness; they want to protect the public. We all have to respect what they want to do.

We only hope that the FDA will respond to the market conditions responsibly and allow companies to do it the right way, because if they put the regulations in place, then everybody’s got to follow the regulations.

With that announcement, the FDA also said it doesn’t have enough data to show that CBD is safe. What happens now?

The FDA might really want to have a listening session and listen to the industry and consumers. They’ve done that very successfully in the past when dealing with issues they couldn’t fully resolve. Then (define a) time frame for what type of information they want.

When we’re talking about things like pain relief or calming or relaxation, we’re not looking at a very long curve. We’re not trying to cure something. I would hope that that’s something that could be done expeditiously.

We just have to continue to be vocal and use normal methodologies of working with the FDA to be as supportive as we can.

I think part of the reason they’ve spoken out is that some companies have made claims, and when that happens, they push back. That may be part of what caused (the FDA) to take such a strong point.

Are consumers beginning to grasp the concept of CBD and what it does, or are there still awareness issues?

From the way the cannabis industry grew up in the medical industry, a lot of people first learned about CBD from the medical side. People who are suffering from cancer may use cannabis to alleviate pain. They may never have really used cannabis before, so that may be a point of introduction.

I think there are inflection points when people are looking for solutions. For a lot of these types of products, it’s the need that drives the search, the search drives the trial, and then word of mouth. There are a lot of influencers out there and there’s a lot of talk about it.

I think there is some confusion because not all CBD is alike; some products may work better than others. That’s why we hope that this settles down with the FDA, because then consumers will be able to benchmark.

But the awareness is growing. It’s growing holistically. It’s growing because people are always looking for new solutions, and a lot of consumers I’ve spoken to would rather think about using a CBD-based product than popping a synthetic chemical pill. There’s definitely almost a holistic view of it as being a little safer. If you ask different consumers, you get different responses, but overall, the response has been favorable.

What was your reaction to the stringent testing and sampling protocols that were included in the USDA’s interim final rule for hemp production?

Coming from the food industry, it’s a fact of life. There are times that too much regulation or testing can cripple industries. I don’t think that’s what this is. This is a pragmatic approach that says if we’re going to separate hemp—and we don’t have federal approval of cannabis—we do now have a federal window to start driving hemp. Why would we argue against that?

And this way, I think the consumer will also feel much more assured that they’re not going to get some THC that they may or may not want … and feel more confident that if they have something made from hemp oil, they know it’s not going to be psychoactive.

Given your experience in the food industry, what are some similarities you’re seeing in hemp regulations?

At the end of the day, we’re selling a consumer product and the same rules apply. The difference, for example, when I joined (the food industry) back in 1996, is there wasn’t an organic standard. Companies that succeeded were the ones who really spoke to consumer needs and did it with transparency and honesty and delivered products that (customers) enjoyed consuming.

This is the same thing. It’s about granting the trust, the confidence, meeting the market need, being genuine and really delivering each and every time with consistency so that you build that trust and loyalty. Branding is branding—this is no different.