Nearly 40% of Newfoundland and Labrador’s licensed cannabis retailers have been shut down as the result of a labor action that appears to be the first-ever strike to affect a significant chain of regulated marijuana stores in Canada.

Ten C-Shop cannabis stores have shut their doors during the strike by Dominion grocery store workers in Newfoundland.

All 10 stores are located inside Dominion grocery stores, confirmed a spokesperson for the Newfoundland and Labrador Liquor Corporation (NLC), which licenses private-sector marijuana stores in the Atlantic province and conducts online sales through the Cannabis NL store.

Dominion’s 10 C-Shop locations make it the single biggest operator of recreational cannabis stores in Newfoundland, which has 26 bricks-and-mortar marijuana stores serving a population of more than 500,000 people.

It is possible that the store closures could boost sales through NLC’s online store.

“While it is too early to know what the impact will be on online sales, early indications point to an increase in transactions,” wrote the NLC spokesman.

“Online transactions were up by 58% when comparing the days during the strike (August 23 to 26) vs. (the) same days the week prior.”

Liquor stores attached to Dominion grocery stores have also been affected by the strike.

Unifor Local 597 president Carolyn Wrice said that more than 1,400 Dominion workers are on strike, and that the C-Shop cannabis store employees work under the same collective agreement as Dominion’s other Newfoundland employees.

The workers have been without a contract since October 2019, according to a union press release.

“They’re looking to get some full-time jobs back,” Wrice told MJBizDaily.

“We have a lot of single moms and dads that have kids, and they’re trying to support their families.”

June sales of legal cannabis in Newfoundland were worth 3.3 million Canadian dollars ($2.5 million).

Move afoot in Nebraska to remove medical marijuana from ballot 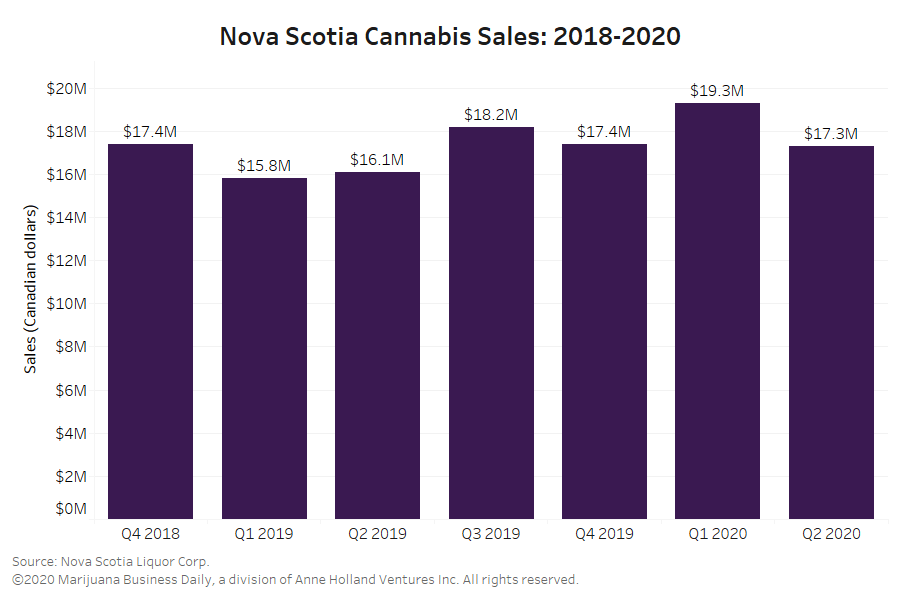