Years after legalization, supply issues continue to hinder the growth of the adult-use marijuana market in Uruguay, according to a new report by the Institute for the Regulation and Control of Cannabis (IRCCA).

According to the Uruguayan cannabis regulatory agency, as of July 31, 47,810 people were registered to legally access recreational marijuana in Uruguay using one of three methods:

ADVERTISEMENT
The IRCCA’s report, based on data updated through June, estimates that at least one out of five adults who used nonmedical marijuana in the past 12 months did so legally.

Additionally, the number of people who have registered to get legal access to marijuana keeps increasing, though at a slower rate.

The number of registered users varies wildly across different Uruguayan geographical jurisdictions, with the concentration of cannabis clubs and pharmacies located in only three of the 19 Uruguayan jurisdictions, or departments.

One finding of the report is the Uruguayan departments that border Argentina and Brazil do not have a higher concentration of registered users than the country average.

And since only Uruguayan citizens and legal residents can access recreational marijuana in Uruguay, it’s likely there’s no reason to believe legal cannabis is being sold in border jurisdictions and diverted into neighboring countries.

Sales of recreational marijuana in Uruguay are allowed only through pharmacies, and they are supplied by only two licensed producers – ICC Labs, acquired last year by Canada’s Aurora Cannabis, and Simbiosys.

Sales peaked in January with 185 kilograms sold but have steadily declined since. In June, the last month covered by the report, only 91 kilograms were sold.

According to the regulatory agency’s report, “registered customers are facing difficulties to effectively buy.”

The government has been struggling with ICC Labs and Simbiosys because the companies haven’t produced the agreed-upon cannabis quantities – 2,000 kilograms per year by each.

Since they were granted licenses, the companies could have produced and sold at least 12,000 kilograms, but they provided only 3,000 kilograms combined.

Because of those supply issues, the government decided to decrease the quantities shipped to pharmacies. Now, only 2 kilograms per week are being delivered to each of the 17 retail outlets in order to have a steady – albeit insufficient – supply.

The supply shortfall is expected to improve with the issuance of three more licenses to companies that will provide nonmedical cannabis.

The government is expected to announce the winners of the new licenses in the coming weeks.

The application process is over, and local sources who asked not to be identified told Marijuana Business Daily that a total of six companies applied.

The three winners have already been selected, the sources said, and the final results are expected “within weeks.”

Licensed producers in Uruguay are permitted to grow only two strains commercially. Both varieties are capped at 9% THC and must have a minimum of 3% CBD.

Uruguayan society is getting ready for general elections at the end of October.

Two of the three presidential candidates representing the three largest political parties are in favor of keeping the marijuana law. One of the two opposition candidates even proposed expanding business opportunities in the medical sector.

The other opposition candidate, Luis Lacalle Pou, called legalization “a failure.” The reason, he said, is because it didn’t help reduce “narco” violence, which was the main objective of the law. 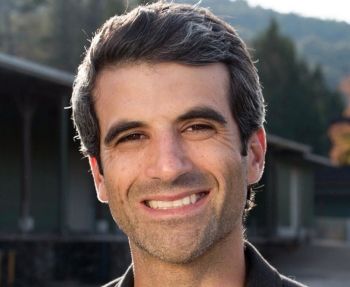 Capital for access: The developing two-way marijuana road between California and Canada