A majority of doctors in Ohio will be reluctant to recommend medical marijuana for their patients, according to the Medical Marijuana Physician Survey, a situation that could hamper the rollout of the state’s MMJ program.

Roughly 30% of the physicians who participated in an Ohio State Medical Board survey said they will not recommend medical marijuana as a treatment, and more than 40% said they are unlikely to recommend MMJ.

A dearth of doctors could limit the patient pool, which in turn could hamper MMJ sales.

ADVERTISEMENT
Of the more than 3,000 doctors who responded, roughly 30% said they would be highly likely to recommend medical cannabis.

According to the survey, which was distributed to more than 46,000 registered physicians in September, 65% said more peer-reviewed research would make them more likely to recommend medical marijuana. However, it’s doubtful that such research will be forthcoming, considering cannabis is illegal on the federal level, Columbus Business First reported.

Ohio’s medical marijuana program is expected to be up and running in 2018, and state officials released draft regulations for its MMJ industry last week. 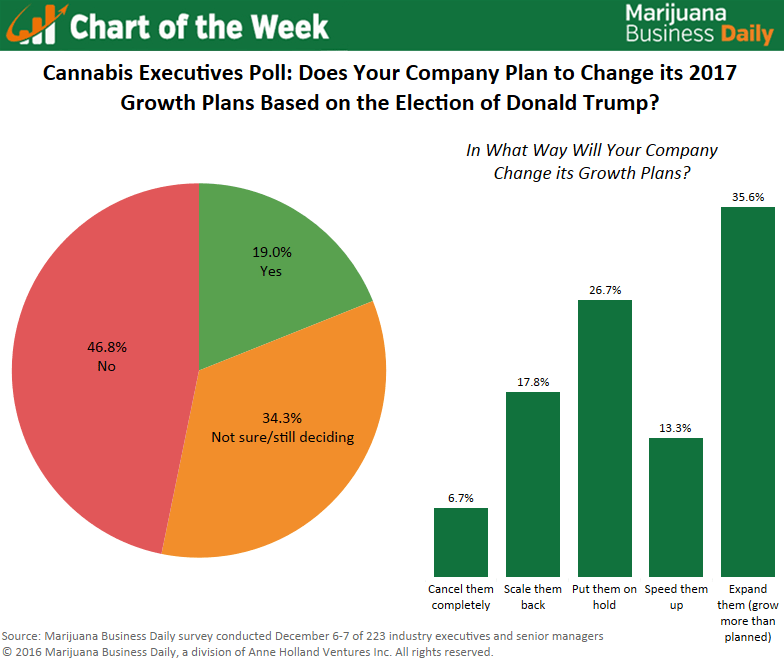