One of the loudest pro-cannabis voices in Sacramento for the past four years has been the executive director of the California Growers Association (CGA), Hezekiah Allen.

But Allen is moving into the private sector to focus on promoting marijuana farming cooperatives with the holding company Emerald Grown, where he’s the chairman.

Marijuana Business Daily spoke with Allen to discuss the past and the future of MJ cultivation in the Golden State and to get his insight on how small farms might compete with commercial-sized grows.

How are cannabis cultivation co-ops going to work?

The secretary of state just created the articles of incorporation about three weeks ago. So, now there’s a form. It’s a new corporate structure.

Nutshell version: Co-ops will allow a group of small growers to realize efficiencies of scale without giving up ownership of their individual farms.

I’ve tried countless pitches of, “Hey, I need $70,000 to help this farm.” Venture capital doesn’t care about $70,000. But when I approached an investor with a portfolio of 14 acres – sure it’s 60 different licenses, but they look at me and say, “Are you confident these marketing agreements are real?” Sure, I’m confident.

That’s the advantage of having 14 acres. The cost advantage is already there. And the people – the expertise – they’ve been bringing products to market. A co-op is a democratically governed organization that is completely member-owned.

Under state law, to be a member of a co-op, you have to be a licensed grower. So, this is an organization where the growers will come together and they will achieve scale through unity rather than growing more.

At base level, you need at least three natural persons, each of them licensed to grow 10,000 square feet or less. And then the limit of 4 acres limits you to about 16 to 70 people, depending on what size (the licenses) are.

I’ve got big goals: 30% of the flower market by 2023 (for co-ops). I know 600 growers that are not only eligible but are interested in being members of co-ops.

The kicker here is, the more I’ve been modeling this, I think we can beat big growers on price, too. We can be the price leaders, the quality leaders and the culture leaders.

Are there any existing co-ops yet?

Two have filed (at the time of this interview). Happy Spirit Cooperatives is the combination of Happy Day Farms and Emerald Spirit Farms, and then Uplift Cannabis Cooperative. And we’ve got four more that will probably file.

The goal of Emerald Grown – the company I’ll be managing – is to see 30 cooperatives formed by the end of this year. Ultimately, we’d like to see 300 acres organized into cooperative production by the end of 2023.

Spell out the business advantages of a co-op.

If we were members of a co-op, we would. One of the clear advantages that a large grower has is that they can plant much larger lots. They can coordinate their planting obviously, and they can set their price.

A co-op can do those things as well. If individual growers try to do that without a co-op, they’re committing a violation. It’s collusion to coordinate pricing if you’re not a co-op.

What’s the status of the lawsuit the CGA filed in January regarding license-stacking?

We agreed to a stay. (The state Department of Food and Agriculture) responded that until the emergency regulations sunsetted and we had regular regulations that it was inappropriate to hear the case. We conceded that point.

I don’t have a high degree of hope that anything is going to change, so once the regular rules are in effect, the court is going to expect us to make the next move.

What’s the soonest there could be a hearing on this?

But it’s still a case CGA is going to push?

I am pretty torn, honestly. I don’t want anyone to get their plants ripped up, no matter the circumstances.

For me, personally, the dynamic changed a lot once those crops were planted.

I don’t think they should have been planted, but now that they are, I don’t know. If the membership wants to move forward with it, I’m going to defer to that. But I am going to abstain from that question. I don’t want to fight with growers.

The CGA has been holding professional dating events to connect growers with distributors and others in the supply chain. What can you say about that?

It was about a year ago that we hosted the first one, and we’ve called them various things – “Meet the Buyer” and “Speed Dating with Distro.” It’s been about helping growers connect with folks downstream. We’ve organized about 18 of these events.

The Cannabis Distribution Association emerging was a huge piece of the puzzle. We’ve been collaborating very closely with them on all these events.

We’ve held them all over the state. … Anywhere there is a grower that needs to find a pathway to market, we’ve aspired to hold an event.

It’s the most hopeful positive event. You watch people, and the sky is falling for some of them. Their whole world has been turned upside down, and there’s that moment when their eyes light up when they see a pathway. 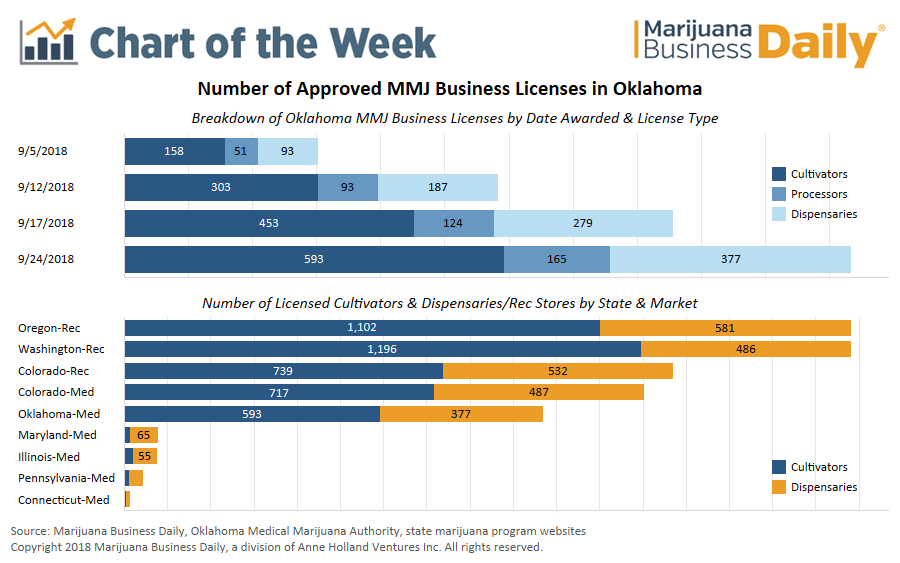