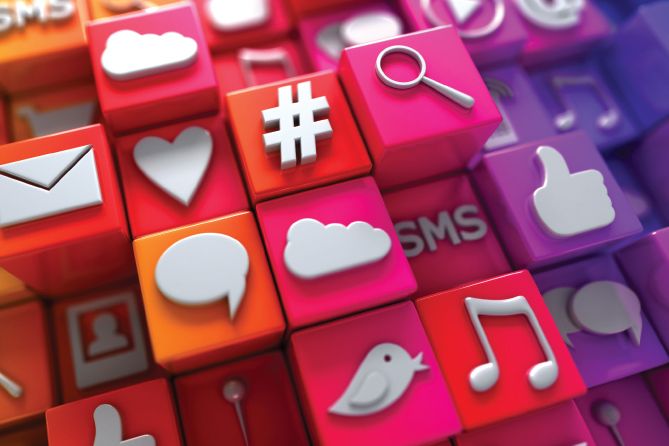 Facebook, Twitter, Instagram and other social media platforms are a great way for cannabis companies to promote their brand, engage with customers and attract legions of fans.

To pull off a successful social media advertising and marketing campaign, however, you must tread carefully to avoid having your ads pulled or your account shuttered.

To avoid that trap, know who your customers are and how to engage them. Otherwise, your competition will figure out what your customers want – and pursue them.

“You really are forced to be creative when it comes to marketing and promotion in this industry,” Reed said.

Here are some other tips for navigating the social media stratosphere.

It’s not crystal clear what you can get away with when it comes to social media marketing and advertising. Facebook, Instagram and others have not released a specific list of banned content. But plenty of trial and error has led to a general understanding of how to fly under the radar.

It helps to know, for example, that these social media services don’t want to be seen as helping promote the sale and distribution of a federally illegal substance.

Karl Riedel, vice president of marketing for VMR Products – a Miami company that supplies vaporizers and electronic cigarettes – has learned the hard way that Facebook doesn’t like images of cannabis smoking mechanisms.

“They have shut down our ads for showcasing the actual device,” he said.

Natalie Cupps DiBlasi – co-founder and executive director of Laced Agency, a Redondo Beach, California, advertising firm – tells MJ clients to ensure their brand looks and feels appropriate. In other words, make sure it doesn’t appear as though you’re targeting minors. And go out of your way to ensure you don’t use methods that could trigger red flags for these sites. For example, she advises clients against using pictures of marijuana plants to promote their business.

“I’ve noticed a lot of dispensaries use plant-specific imagery, which is a big no-no,” she said.

Certain words should be avoided, too, including buy, discount, free or promotion – buzzwords that mainstream social media companies might view as promoting cannabis consumption or sales.

Also, avoid stereotypical words. You want to give your brand an air of professionalism. Instead of bud, for example, say flower. Instead of hits, say doses.

Similarly, stay away from words like cannabis, marijuana, bong, vape – anything that’s industry-specific. And don’t talk about getting high or make unproven medical claims.

At the same time, know that you’ll be operating in a gray zone without clear-cut rules or guidelines.

“To be perfectly frank, our social media platforms tend to pick and choose who they decide to turn off and who they don’t for very arbitrary reasons,” Cupps DiBlasi said.

To avoid potential problems, Reed suggested companies draw up a checklist when creating an ad to ensure it doesn’t violate the known policies of a particular social media platform.

Focus on Your Values

While the known restrictions on content might seem burdensome, there are avenues you can take to boost your brand and steer clear of social media regulators.

To begin, highlight your business’ values, such as your mission statement. In particular, play up your strengths and communicate to your followers what your brand stands for. You can build your following around the company’s philosophy and ethics without promoting your products directly.

Also, understand your audience and the value you bring to the market. Do market research by surveying your customers to find out what you’re doing right, and then build on those strengths. That will help you know what your customers want from you so you can highlight that on social media.

Cupps DiBlasi said you should emphasize that your product is compliant with state regulations and is available only to customers 21 and older.

Mentioning compliance puts Facebook and Instagram in a position to say your company is making an effort at legitimacy and following the law.

“It’s important to stress that stuff,” Cupps DiBlasi said. “Even though it’s not the sexiest thing to do, it makes it harder for them to pull you down.”

Before advertising, she added, ensure “your house is in order.” For instance, don’t offer any promotions or special sales. If Facebook’s moderators check your home page and deem it promotional, they’re less apt to approve your ad.

“When you advertise you’re inviting the social media platform to put a spotlight on everything you’re doing,” Cupps DiBlasi said.

“Videos are highly powerful. YouTube is linked to Google,” Riedel said. “So a lot of those reviews get highly ranked (in Google’s search results.)”

Both Reed and Cupps DiBlasi agreed that videos are a good strategy.

Reed suggested creating instructional videos about your brand and staff. For example, introduce your first point of contact to potential customers by taking a video of the reception area and the receptionist. But don’t show any actual products. The idea is to show customers “who you are without wandering into the potential violation space,” Reed said.

Facebook Live interviews can work, too. Reed likes to include professionals such as an accountant or bookkeeper and have them talk about what it’s like to be in the industry.

Cupps DiBlasi said videos help you to beat the newsfeed algorithm on Facebook and Instagram. In short, the more videos you offer, the more organic eyeballs you’re going to get.

“They’re going to get you better visibility because people like to watch videos versus images and reading,” she added.

What If Your Ad Doesn’t Fly?

If an ad doesn’t go through, Reed recommended filing an appeal with the platform to state your case. Facebook’s ad manager, for example, has an appeal option. Follow that process to state your claim that your ad didn’t violate the rules noted above – and keep your fingers crossed.

Then analyze your strategy to see what you did wrong.

“Otherwise you’re going to waste a lot of money trying to get this done,” she said. “If your stuff’s been shut down, pick it up again. Do it more aligned (with the policies of the social media company.)”

Another way to avoid getting your ads pulled is to ensure you educate the people you hire to work on social media.

“It’s critical the person you have managing your social media is very well trained, and absolutely check on them and make sure they’re following the rules and understand the gravity of what they’re doing,” Reed added.

Before your ad or entire page is pulled, make sure you have a backup of your creative work.

“Because you are going to get pulled at some point,” Cupps DiBlasi said. “It’s also a good idea to set up multiple brand pages. In the event one gets pulled, you can keep going.”

She also recommended capturing your followers’ data – including email addresses and other contact info – so you can reach out to them directly if your page is pulled. It’s easy to invite your followers back if you have that data stored.

“You want to get those customer leads out of social media as fast as possible and put them in an opt-in customer marketing database,” she added.

Finally, recognize that social media platforms can change their rules at any time.

“I recommend people leverage social media as much as they can these days,” Riedel said. “While they can. We don’t know if restrictions are coming down the pipeline.”