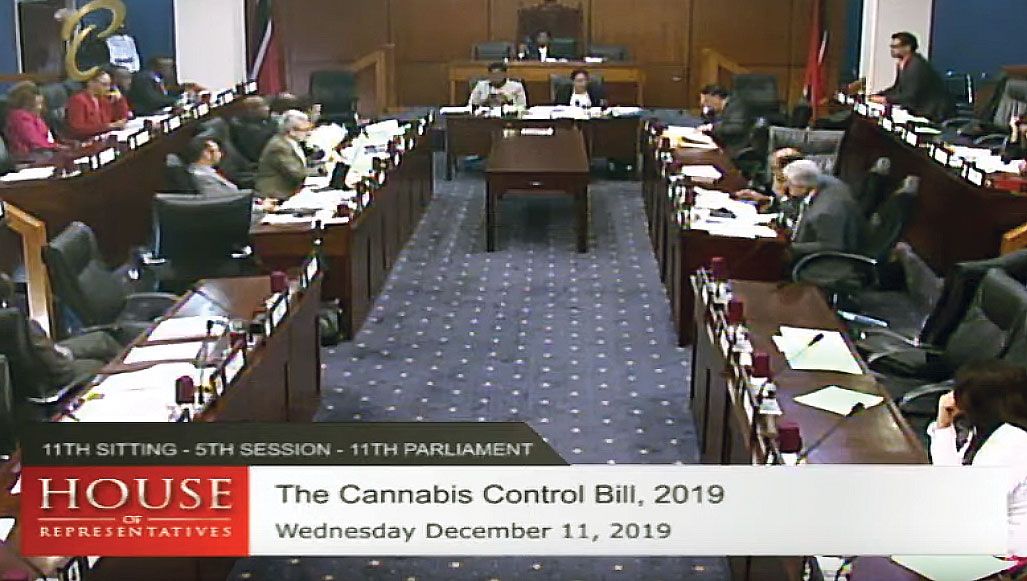 The Cannabis Control Bill, 2019 overcame a second vote in the House of Representatives in December. A third vote could be held as early as February 2020.

A proposed law to establish the legal footing for a medical marijuana industry in Trinidad and Tobago was referred to a parliamentary committee in early December after overcoming a key vote in the House of Representatives.

The committee will consider and report on the general merits of the Cannabis Control Bill before issuing a final report by Feb. 29, 2020.

That will set the stage for a third and final vote in the House soon after.

If approved, the bill would pave the way for the regulatory control of medical cannabis and the establishment of the Trinidad and Tobago Cannabis Licensing Authority – two key planks for a sustainable marijuana industry.

ADVERTISEMENT
Under the proposed law, the Trinidad and Tobago Cannabis Licensing Authority would be responsible for:

Licenses would be available for medical, therapeutic or scientific purposes for:

Like other Caribbean nations, Trinidad and Tobago would have strict residency requirements for license holders, requiring them to be citizens, permanent residents or a citizen of a Caribbean Community (CARICOM) member state.

The law decriminalizes the possession of 30 grams (1.1 ounces) or less of dried cannabis but criminalizes smoking or using cannabis resin in a public place.

Convictions for the possession of up to 60 grams of dried cannabis and up to 10 grams of resin will be expunged.

Trinidad & Tobago is a member of the Caribbean Community (CARICOM), which last year released a report completed by the Regional Commission on Marijuana.

Four years in the making, the report concluded that “considerable economic benefits may be gained from a more liberalized (cannabis) regime.”

Since then, a slew of CARICOM countries have either completed or proposed medical cannabis laws.

Read the full Dangerous Drugs (Amendment) Act, 2019 or the summary.

Read the full Cannabis Control Bill, 2019 or the summary.