A new report by the United Nations Office on Drugs and Crime says the coronavirus pandemic created circumstances that likely caused cannabis markets in some parts of the world to expand faster than they otherwise would have, particularly in high-income countries.

That in turn created opportunities for both criminal as well as legal enterprises – where sale of the drug is regulated – to expand their business.

“Indeed, large, multibillion-dollar businesses, which have a private interest in the expansion of the cannabis use market, are moving into the market in the jurisdictions where cannabis has been legalized,” according to the report, which was released this week.

The report notes that “COVID-19 may have accelerated the preexisting trends towards increased use and availability of cannabis in some high-income countries as some people have turned to the drug to alleviate stress or manage boredom brought on by stay-at-home orders.

“This, in turn, may have opened up new opportunities for cannabis markets due to an emerging acceptance of the drug.”

The UN body cites a global survey conducted last year that found cannabis consumption was perceived to have increased in approximately 32 countries.

“In the absence of information on global production of cannabis, this can be read as an indication that supply may have expanded to meet the increase in consumption,” according to the report, which deals mostly with unregulated cannabis markets.

“Some cannabis markets have grown strongly during the pandemic – and likely because of it – as a result of stay-at-home orders and social distancing restrictions,” it said.

The report suggests cannabis use patterns in European Union countries remained relatively stable during the first lockdown period, compared with the pre-lockdown period, “although with some signs of possible increases in the amounts used by more frequent users.”

The UN noted that over one-third of Canadians who previously reported consuming cannabis said that their consumption rose during the pandemic, while 12% said it fell, citing a Statistics Canada report.

“However, this trend was ongoing before the onset of the pandemic, which may have simply accelerated it,” the report states.

The report claims cannabis is more potent nowadays compared to previous decades, but fewer young people see it as harmful.

It also called for nations to combat misinformation about potential impacts of the increased strength of cannabis, and for greater investments in research into both the harm cannabis use poses to health and any possible medical advantages.

The report estimates that approximately 200 million people, amounting to 4% of the world’s population, consumed cannabis in one form or another.

“The annual prevalence of the use of cannabis remains highest in North America (14.5%), the sub-region of Australia and New Zealand (12.1%), and West and Central Africa (9.4%)”

Other findings in the report include:

The World Drug Report 2021, which comes in five parts, can be found here. 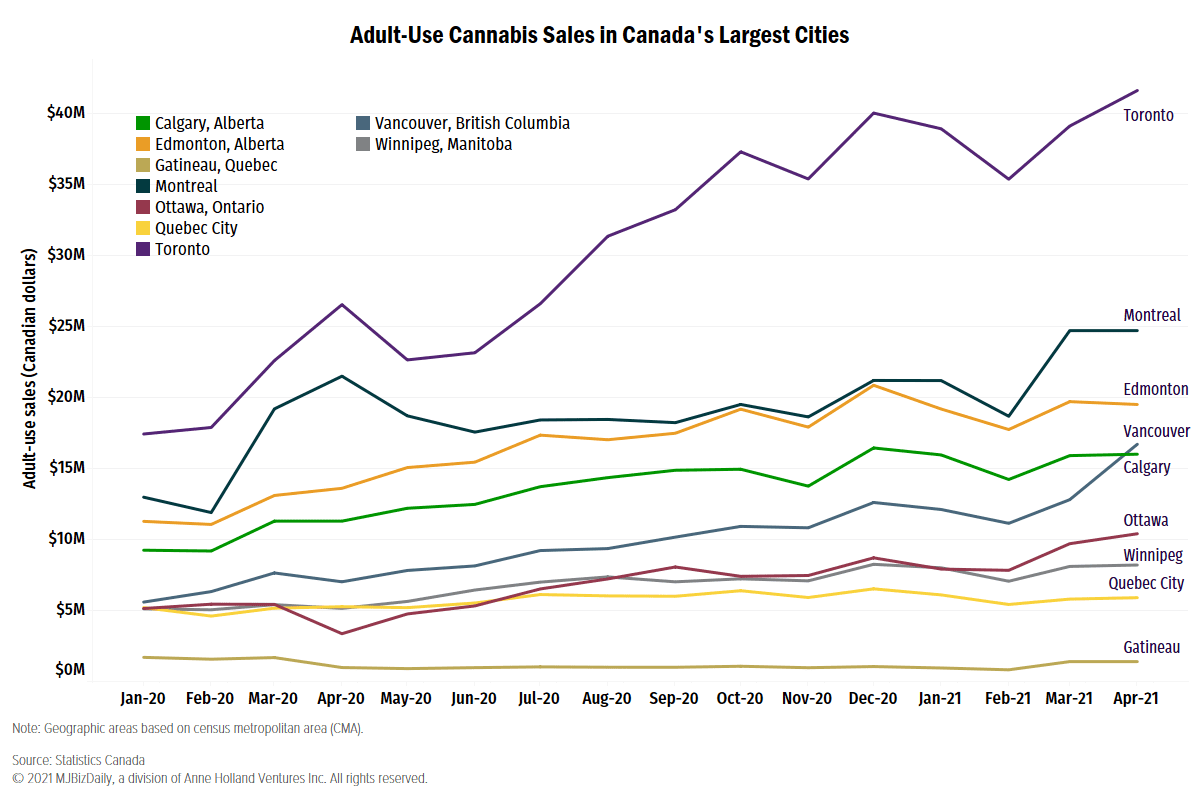