Gage Growth Corp. announced details of its previously disclosed plan to bring the U.S. cannabis brand Cookies to the Canadian market, including the location of its first store.

Detroit-based Gage will work with Canadian producer Noya Cannabis to launch Cookies products exclusively in Ontario, Canada, before expanding into other provinces, according to a news release.

In the announcement, Gage said it expects to open a flagship retail store in Toronto by the end of this year.

Under the deal, Gage received 80% of the new company.

As part of a license agreement with California-based Cookies signed in April 2019, Gage holds the rights to sell Cookies-branded products in Ontario, Canada’s largest marijuana market, per a recent regulatory filing. Those rights were transferred to Cookies Canada.

Gage did not answer an MJBizDaily query about whether it has acquired, or is seeking, rights to sell Cookies-branded products beyond Ontario.

According to a May 2021 filing, Cookies Canada intends to open two retail outlets in Canada this year.

“The growth of the Canadian market creates more diverse and demanding consumers, and we’re excited to bring one of the best-known cannabis brands in the world to customers across Canada,” Gage CEO Fabian Monaco said in a statement.

Shares of Gage Growth trade on the Canadian Securities Exchange as GAGE. 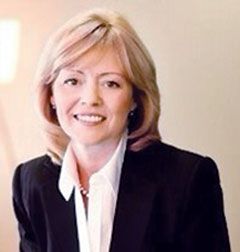