The Denver Police Department said on Twitter that it would provide no other information at this time.

A policeman in a blue hazmat suit told the Denver Post that he was part of a force executing a search warrant on one building, adding that officers were doing the same at other cultivation sites around the city.

A separate report by a local TV station said six locations were raided. 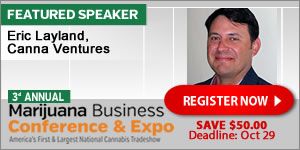 The Drug Enforcement Administration assisted in the raids, according to James Gothe, a supervisor for the agency’s special support unit. Gothe told the Post that the operation was “very large and successful.” Gothe said the investigation also involved the Denver Police Department and the Colorado Attorney General’s Office.

Eleven months ago, federal law enforcement agencies – with help from local police departments – raided multiple marijuana dispensaries and cultivation facilities in Colorado, including at least a dozen site in Denver.