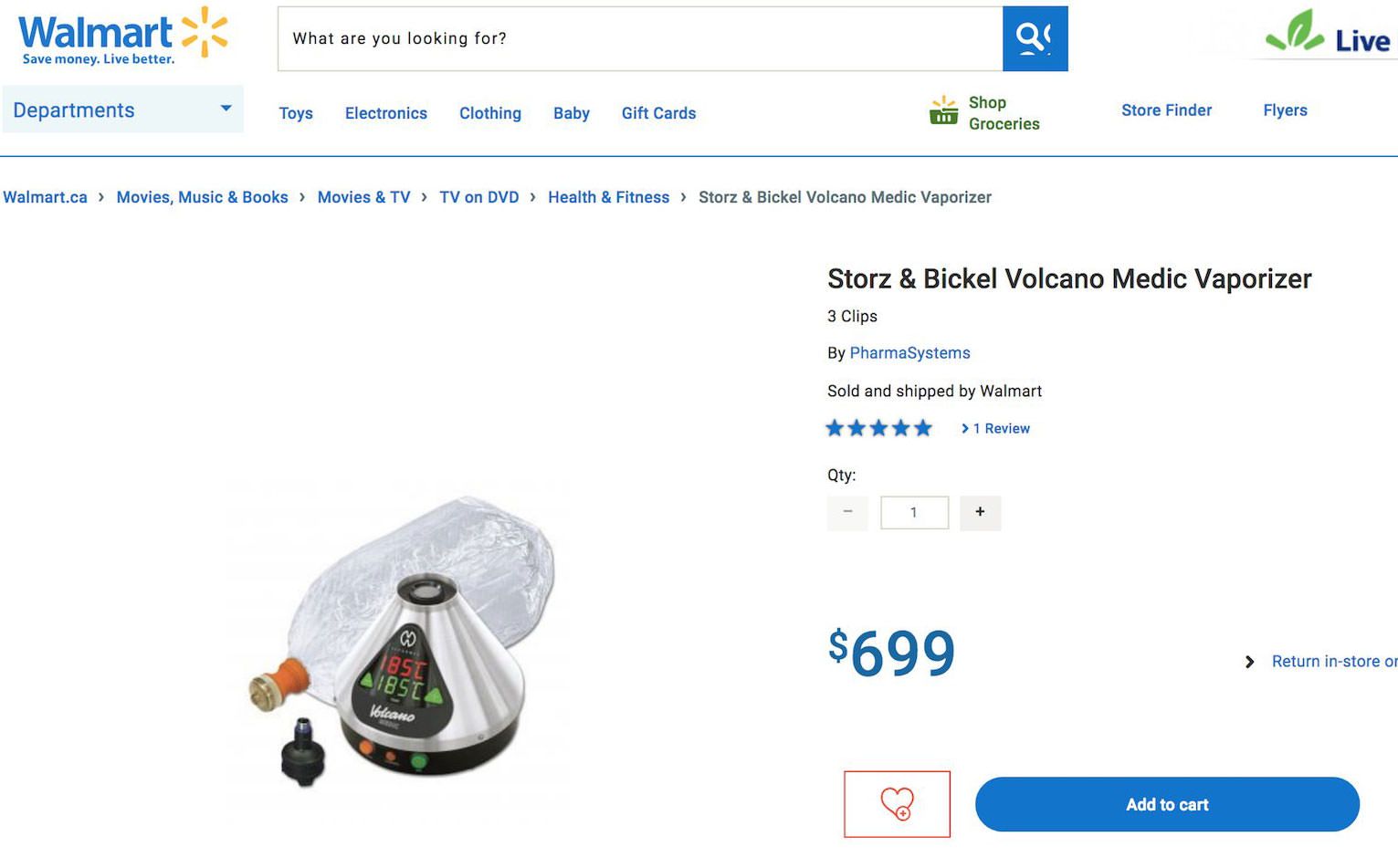 A screenshot of a Walmart Canada product page in January 2019.

Walmart Canada removed a popular medical marijuana vaporizer from its online store last month and now says it has no immediate plans to sell cannabis-related products.

The Storz & Bickel Volcano Medic Vaporizer, a product owned by cannabis giant Canopy Growth, was removed from the Walmart.ca website at the end of January. It had been for sale since at least October 2018, when Leafly reported the retailer was carrying cannabis-related products.

The product was sold and shipped by Walmart, according to the product page, which listed the retail price at 699 Canadian dollars ($530).

“We do not have plans to carry cannabis and cannabis-related products at this time,” a Walmart spokesperson wrote in an email to Marijuana Business Daily.

“While the product you are referring to is a Class II medical device that has been reviewed and approved by Health Canada, we have removed it from our assortment.”

Canopy says Storz & Bickel’s devices have been exported to 50 markets around the world.

PharmaSystems, a privately owned Canadian firm, said it had been distributing the company’s products to Walmart.

Canopy did not reply to queries from MJBizDaily.