And the winner is…no one, just yet.

Washington State initially planned to announce the winning bids for new cannabis consultant positions today but has pushed back its timeline to next week at the earliest. The reason? Chalk it up to an avalanche of applications – 112 to be exact. Some of those were duplicates or did not meet minimum standards, so in the end the state has had to pore over 98 bids.

“Due to the number of vendor submittals received … the evaluation process is taking longer than originally anticipated in the tentative procurement schedule,” the Washington State Liquor Control Board (WSLCB)  – which is handling the process – responded to groups that inquired about the delay. “While the WSLCB is working diligently to complete the evaluation process as soon as possible, we anticipate that scoring should be completed next week.”

It’s a short delay in the grand scheme of things. But excitement over the positions are high, so days can feel like months for applicants.

The state announced in January that it is seeking cannabis consultants who will provide advice and guidance to officials as they develop regulations on the production and sale of marijuana for adult use, as stipulated in the voter-approve legalization measure Initiative 502. A key task for the consultants will also be to help the state develop realistic market estimates, such as number of potential customers and average cannabis consumption levels.

Brian Smith, a spokesman for the WSLCB, said the vetting process is extensive, similar to what the state uses to select contractors and other companies for big projects.

“There’s a misperception about what we’re doing,” Smith said. “I think it’s been construed as we’re going through resumes and cover letters. But what we put out was a Request for Proposal that asks people to tell us how or why they are qualified. It’s the same system we use if we’re constructing a building. We’re using a transparent scoring system so we can show how and why we came to the decisions we have.”

Smith said the deadline to attach a score to each bid is Monday night, and an official decision could come as early as – but not before – March 13.

The other erroneous perception is that the state is looking for an individual to essentially oversee all decisions about recreational cannabis.

“No single person will have all of these (responsibilities); it will likely be people with various expertise in different areas,” Smith said. “Some people have the perception that we’re hiring an employee to sit on a golden throne and provide all the answers about marijuana.”

The state could select several separate applicants with varying backgrounds and expertise or a groups of cannabis experts who applied as teams.

Chris Lindsey, a medical marijuana professional who submitted a joint bid, said the delay is understandable.

“Given the broad range of criteria the liquor control board included in its request, I would assume they have a lot of fairly technical proposals to review and compare,” Lindsey said. ” I do not envy them that project.”

Q&A With Robert Kane on US Firm’s Plans for Cannabis R&D, Treatment Facility in Canada 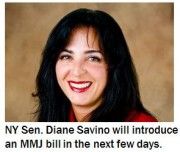