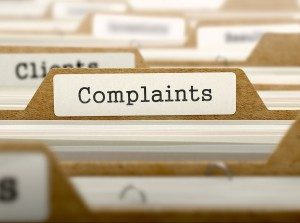 BioTrackTHC, one of the most prominent cannabis software firms in the country, is under fire from commercial cannabis growers who say the inventory tracking platform it developed for Washington State is costing them time and money.

A group of growers began circulating an online petition on March 19 calling for numerous changes to the state’s recreational marijuana program, including a possible overhaul of the system BioTrack developed and currently maintains.

The petition – which several hundred people have now signed – urges everything from an increase in the number of retail licenses to tweaks in testing regulations.

But many growers have said they are most interested in spurring changes to BioTrack’s inventory management system, said Susy Wilson, who co-founded the Cannabis Farmers Council, owns a cultivation company in southern Washington, and helped spearhead the petition.

Some are calling the system a “nightmare” and a time-suck that locks up frequently, creates inventory discrepancies and leads to other headaches.

Most complaints center around a free version of the platform BioTrack created per its agreement with the state, though numerous growers said they have had problems with the paid version as well.

“Most people that use the free version call it ‘BioTrash,'” Wilson said, adding that about 75% of the Cannabis Farmers Council’s roughly 400 member growers list the inventory tracking system as one of their top concerns in the petition. “We joke about it, but it’s really not very funny.”

The petition asks the state’s Liquor and Cannabis Board (LCB) to hire a third-party software engineer to overhaul or revamp the BioTrackTHC system.

Wilson and others plan on delivering the petition to the LCB by the end of this week.

In a statement released to Marijuana Business Daily, BioTrack said the petition “represents a small percentage of total users of the state system” but that the company appreciates feedback and looks forward “to helping the industry grow and prosper.”

As of Thursday afternoon, the petition had garnered 345 signatures, including those of representatives from at least 75 of the 680 licensed producer-processors in Washington that Marijuana Business Daily could confirm. Many of the other signatories include infused products manufacturers and ancillary cannabis firms.

Brian Smith, communications director for LCB, did not respond to multiple requests for comment.

“I know growers that have had issues with every particular system,” he said. “It’s just the nature of the beast.”

Companies also have a choice: They can use inventory software developed by other firms, as long as it links into the platform BioTrack created for the state.

Many smaller companies, however, use the free version BioTrack created because they can’t afford more expensive software.

BioTrack scored a major coup in 2013 when it won the contract to develop the inventory tracking platform for Washington State.

The deal helped BioTrack get a leg-up on the competition and gain credibility in the marijuana industry, fueling some of its subsequent growth.

While cannabis companies can upgrade to a paid version, those who pay thousands of dollars a year for that offering still say it could be significantly improved.

“We could have been written a violation due to some technical issue in BioTrack that we had no idea about,” said Tai Saito, the compliance and warehouse manager for Buddy Boy Farms in eastern Washington.

Saito said a major problem for his company – which pays roughly $430 a month to BioTrackTHC for its commercial version – is that it doesn’t automatically sync with the free platform. That means an employee has to manually synchronize the two systems on a weekly basis to ensure that the inventory the farm is entering is also updated in the state system.

That was a glitch he didn’t realize until a state inspector asked about it, he said.

It could have easily lead to a citation if, for example, a delivery driver showed up to a rec shop and an inspector happened to be there and noticed a discrepancy in the BioTrack inventory listing.

Growers who signed the petition also allege that the company has been unresponsive when it comes to requests for tech support and help.

“Unless you pay multiple hundred dollars a month, you really have a system that barely operates, takes a great deal of time… and makes you so furious that you’d like to reach through the system and murder someone on the other end,” Wilson said.

“If I had to use the state site, I’d have to hire someone to sit here and enter all the data, versus making a few clicks,” Michie said.

As to whether the state will make overhauling BioTrackTHC’s system a priority, Michie says he thinks the LCB will because it’s been good at listening to the industry in the past.

Wilson isn’t so sure.