An executive for one of Canada’s biggest marijuana producers isn’t losing sleep over talk by provincial premiers that they may seek a delay in the rollout of legal adult-use cannabis beyond the federal government’s target date of July 2018.

“I don’t think there will be a delay,” he said. “We’ve always understood that some provinces may need a bit more time to implement their retail plan.

“That’s why we suggested the federal government consider expanding the existing proven and successful mail-order system for medical cannabis to legal (rec) consumers.”

In their communique, the premiers identified several unresolved issues tied to adult-use legalization:

Their joint statement came a day after Manitoba Premier Brian Pallister’s partially successful drive to convince his provincial and territorial cohorts to support a delayed launch of the rec program.

Countered Battley, who sits on the board of trade organization Cannabis Canada: “We should be preparing for the reality that cannabis is going to be legalized for consumer use, and there is a lot to get done before July 1.

Uruguay entered the history books this week by becoming the first nation in modern times to launch full adult-use sales of marijuana.

While the importance of such a landmark is difficult to overstate, it also needs to be taken with a grain of salt from a business perspective.

At one end of the capitalist spectrum, there’s the U.S. marijuana industry, which is run completely by private companies and entrepreneurs willing to risk the wrath of the federal government.

Uruguay is nearly the precise opposite: Only two companies – Symbiosis and ICCorp – are licensed to grow cannabis, and the marijuana is sold through existing pharmacies, not independent retailers.

“It’s definitely not going to be a highly commercial model,” Hannah Hetzer, international policy manager at the Drug Policy Alliance, said of the Uruguayan marijuana industry.

But, she added, “The nice thing is they built flexibility into their system, so if – in a few years – they decide they … might want to add variety, they could do that. It just remains to be seen if they will.”

Hetzer also noted Uruguay has a history of stringent government regulations and nationalized industries, so it makes sense the country’s MJ industry would be set up the way it is.

Still, Uruguay could set a precedent, especially in Latin America, by being the first nation to create a federally legal cannabis trade.

If other nations follow and legalize cannabis, as Canada is planning to do, Hetzer believes they’ll fall “somewhere in between Uruguay and the United States” in terms of the roles private business will play in the future international marijuana market.

Hawaii medical marijuana dispensary owners are bleeding money as they wait for the state to certify testing labs.

The law went into effect a year ago that allowed dispensaries to start selling to MMJ patients. Business licenses were awarded not long afterward. And businesses owners scrambled to get up and running.

But without testing labs, the shelves sit empty.

And it’s not as though the market isn’t ready.

Patients have been registering for MMJ on the islands for 17 years, thanks to a long-established caregiver program.

“I don’t think people can wait any longer,” said Chris Garth, executive director of the Hawaii Dispensary Alliance, based in Honolulu. “It’s been 17 years.”

He hopes to see product on the shelves by mid-September, provided any of the three license testing labs are certified.

“The players that are directly involved in the industry have spent a lot of money waiting for the Department of Health to greenlight the program,” Garth said.

“That was one of the conditions of actually applying. You had to demonstrate that you were well-capitalized,” Garth added. “That was one of the rules that came under a lot of scrutiny during the application process, but in the end, it serves our community very well.” 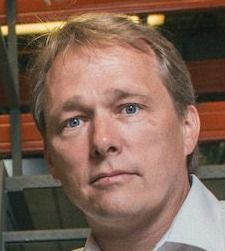