A New York industry insider was “not surprised to see” a report that the state’s legal medical marijuana businesses are losing potential patients to the black market.

ADVERTISEMENT
Despite the disheartening news for New York’s program, PharmaCann COO Jeremy Unruh sees some positives down the road.

For instance, state regulators are considering new draft regulations with changes that could attract more patients, Unruh said. Through Oct. 3, New York has so far registered 31,860 MMJ patients, out of nearly 20 million residents.

Though Unruh believes the draft rules could take effect in two to four weeks, he cautioned that it’s far from certain the changes will be enough to help licensed MMJ businesses take patients away from the illicit market.

Especially when one of the New York program’s biggest drawbacks is its prohibition on dried cannabis flower.

What does that mean?

He speculated it could be some sort of pellet or capsule with cannabis flower that could be vaporized.

It’s a step in the right direction, Unruh added, but he’s uncertain if it would be as successful as removing the flower ban to attract patients.

“It’s not the same as having the option to vaporize or smoke flower,” he said.

Champing at the bit

Maryland’s medical marijuana program has been plagued by delays, but the issuance of eight new licenses might mean the program is finally finding its feet.

Along with Potomac Holistics, Maryland regulators this week licensed another dispensary, two more labs, three processors and one cultivator/processor.

Although a workable MMJ program was passed by lawmakers in Maryland in 2014, Askinazi’s company began the planning process five years ago.

“It was a long haul, but it was well worth it,” Askinazi said. “We’ve seen the regulations change. We’ve seen lawsuits in Maryland. The commission’s changed.

“And the public’s acceptance level has grown stronger.”

Askinazi estimates about 18,000 patients and 600 physicians are currently registered in Maryland’s medical cannabis program, and he wouldn’t be surprised to see those totals increase to 100,000 and 1,200, respectively, in the next two years.

He expects a rise in participating physicians because, unlike in some other states, doctors don’t have to pay a fee or undergo mandatory training to recommend medical marijuana.

“It’s probably one of easiest regulatory bars in the industry,” Askinazi added.

“The Code of Marijuana Regulation gives very, very liberal and wide conditions for physicians to (recommend MMJ for patients),” he added.

The main concern for Maryland’s industry is to get MMJ to the people who need it in a fair and responsible way, Askinazi said.

With medical marijuana already grown and awaiting testing at Maryland’s one approved lab, MMJ sales could begin in as soon as two weeks, Askinazi said.

That’s how much money Michigan’s licensed medical cannabis businesses could save thanks to a new rule from the state’s Department of Licensing and Regulatory Affairs (LARA), according to the head of a Lansing dispensary.

The rule in question will allow companies to utilize multiple Class C cultivation permits at a single location, and each permit will allow for up to 1,500 cannabis plants.

“The way (the rule is) published currently, it could reduce our capital expenditures by three or four times,” estimated Michael Mayes, the CEO of Greenwave Naturals in Lansing.

The reason is simple, he said.

Once Michigan’s new regulations are in place, a licensed MMJ company that desires a large-scale commercial grow will be able to do so at a single location instead of multiple ones, Mayes said.

“This way, in one building … you can do all of the mechanics, like HVAC, in one centralized system. Whereas, if you had 15 separate entities in 15 separate locations, you’d have to pay to have all of those mechanics in each location.”

That could mean startup costs that may have run $30 million could be reduced to $6 million, he estimated.

Mayes said the takeaway is that state regulators are “doing a decent job” listening to Michigan’s MMJ executives who are lobbying LARA for business-friendly regulations that will allow companies to produce at volume without unnecessary roadblocks. Another example: LARA will also allow for vertically integrated MMJ operations.

“Comparative to other states and how their programs have come up,” Mayes said, “it’s definitely headed in the right direction.” 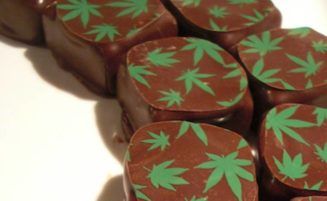 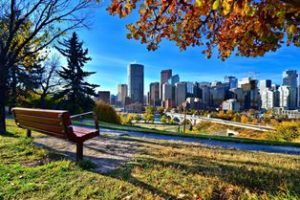