West Virginia appears poised to become the 30th state to legalize medical cannabis – and the first to do so this year.

ADVERTISEMENT
The measure now goes to Democratic Gov. Jim Justice, who is expected to sign it.

While it’s a positive development for the cannabis industry at large, not everyone is happy.

The legislation, if approved, would put the state health department’s Bureau for Public Health in charge of the program. It also would levy a 6% excise tax on MMJ and establish a start date of July 2019.

But MMJ advocates are upset that the bill would ban smokable flower.

“As far as medical cannabis bills go, there’s not a lot to love (about this bill),” said Matt Simon, a Marijuana Policy Project legislative analyst. “West Virginia came very close to passing a very good law and instead passed what we would classify as an effective law – but (one) we think needs a lot of improvements to be workable for the people who really need it.”

Simon called the legislation “a start” and believes there is enough momentum to make improvements when legislators reconvene next year. The top priority will be allowing smokable flower.

“If that had come up for a stand-alone amendment vote I think it would have passed,” he said.

The bill also includes post-traumatic stress disorder among its qualifying conditions. The condition afflicts 11-20 of every 100 veterans who served in either the Iraq or Afghanistan conflicts, according to federal data.

Nevada rec distribution up for grabs

Nevada’s medical marijuana businesses have been handed a new business opportunity: the chance to become wholesale distributors under the state’s new recreational program.

This comes after the state Department of Taxation opened the application process for distribution licenses to MMJ businesses, a move that would effectively make them the go-betweens for cultivators, processors and retailers. The agency cited a lack of interest among liquor wholesalers, which were given first crack at the adult-use distribution licenses.

Neal Gidvani, a Las Vegas attorney with Greenspoon Marder, noted that many of Nevada’s MMJ businesses are vertically integrated and won’t benefit from these licenses. But rec wholesale distribution could offer a money-making chance for some.

“It’s an opportunity for people who are not in the market currently to obtain a license and start practicing in the marijuana space,” Gidvani said.

The distribution licenses have been made available to the dispensaries, liquor wholesalers and others as long as they meet Department of Taxation qualifications.

The following businesses are eligible:

Distribution licenses will cost $15,000, along with a one-time application fee of $5,000. The taxation department is expected to begin accepting applications in May or June.

Temporary MMJ license holders can also apply for a distribution license by May 31.

Nevada’s rec marijuana sales could begin as soon as July 1. For MMJ businesses, the distribution licenses are an added toehold in the rec market: MMJ license holders will get first crack at adult-use retail licenses.

Medical marijuana advocates and industry officials were disappointed that John Hopkins University, one of the nation’s leading medical institutions, pulled out of a federally approved study into the effects of cannabis on veterans with PTSD.

While there is ample anecdotal evidence that cannabis helps treat PTSD, clinically controlled studies on marijuana’s impact on the condition are few.

Having Hopkins’ name associated with a study showing cannabis has a positive effect on PTSD would have been a major boost in scientific legitimacy, which in turn translates into consumer confidence and commercial opportunities.

Researchers from the University of Pennsylvania and University of Colorado will continue with the research, sponsored by the Multidisciplinary Association for Psychedelic Studies (MAPS).

Johns Hopkins spokeswoman Vanessa McMains declined to offer details about the university’s decision but issued a statement from the school:

“Johns Hopkins elected to withdraw from the MAPS study of cannabis in veterans with PTSD prior to any participant enrollment because our goals for this study weren’t in alignment.”

MAPS did not return calls seeking comment about what goals weren’t in alignment.

But Santa Cruz, California-based MAPS recently challenged federal rules dictating that MMJ research must use cannabis grown at a single facility at the University of Mississippi. The National Institute on Drug Abuse oversees that facility, and media reports have called into question the quality of the cannabis.

One of the lead investigators in the MAPS study, Dr. Sue Sisley, blew the whistle on the allegedly low-quality government marijuana.

McMains noted that Johns Hopkins has done both positive and negative studies on cannabis, and will continue doing cannabis research.

“We do both risks and benefits studies,” McMains said. “Just because we’re pulling out of this study doesn’t mean we’re going to stop conducting cannabis research.” 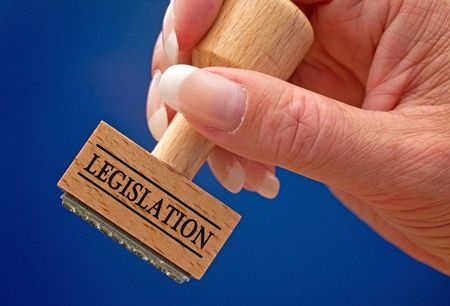