The data below, provided by Viridian Capital Advisors, is for the two-week period ended Dec. 14. 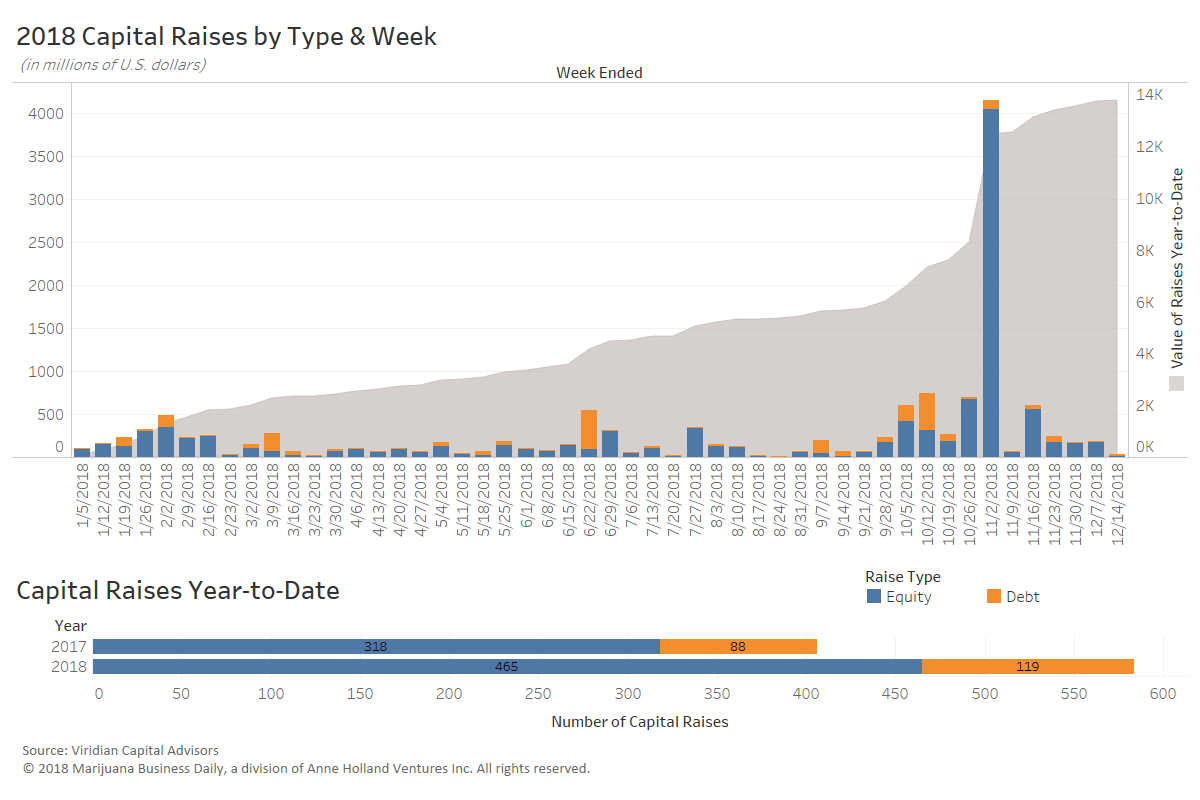 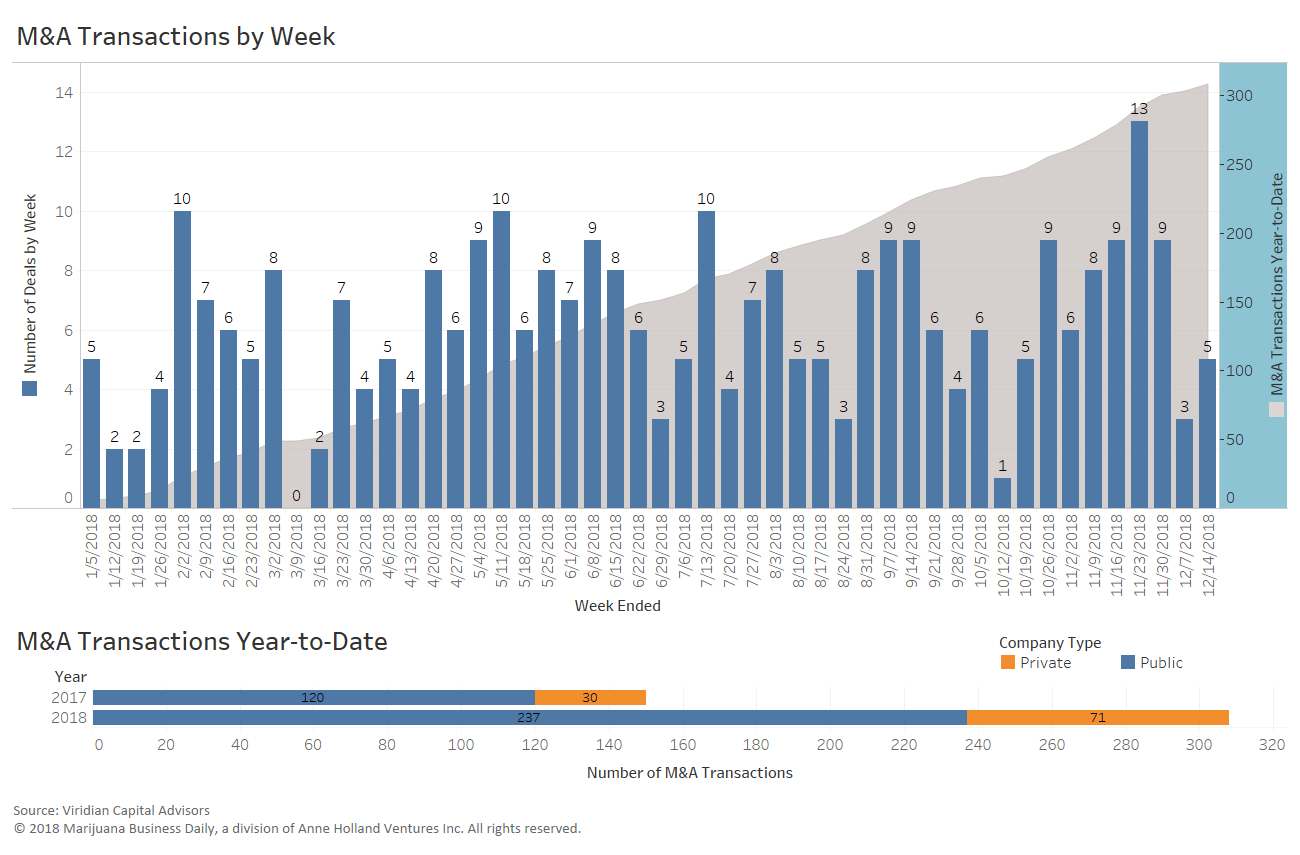 This story is part of a weekly series from Marijuana Business Daily and Viridian Capital Advisors that provides the latest data on cannabis investment activity and M&A, along with key takeaways, analysis and trends based on recent market moves.