The data below, provided by Viridian Capital Advisors, is for the weeks ended Nov. 9 and  Nov. 16.

Among this week’s top highlights: Through Nov. 16, cannabis companies across North America have raised $13.1 billion. That’s more than five times the amount raised during the same period in 2017. 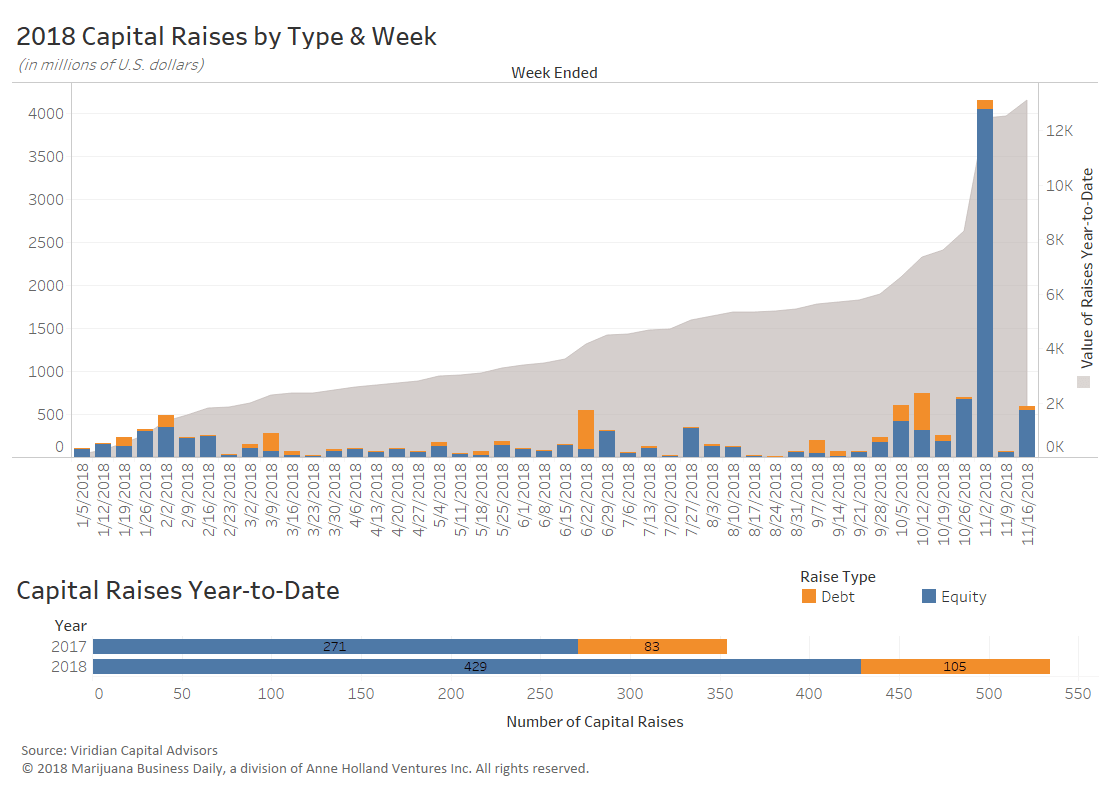 Capital raise takeaways from the past two weeks: 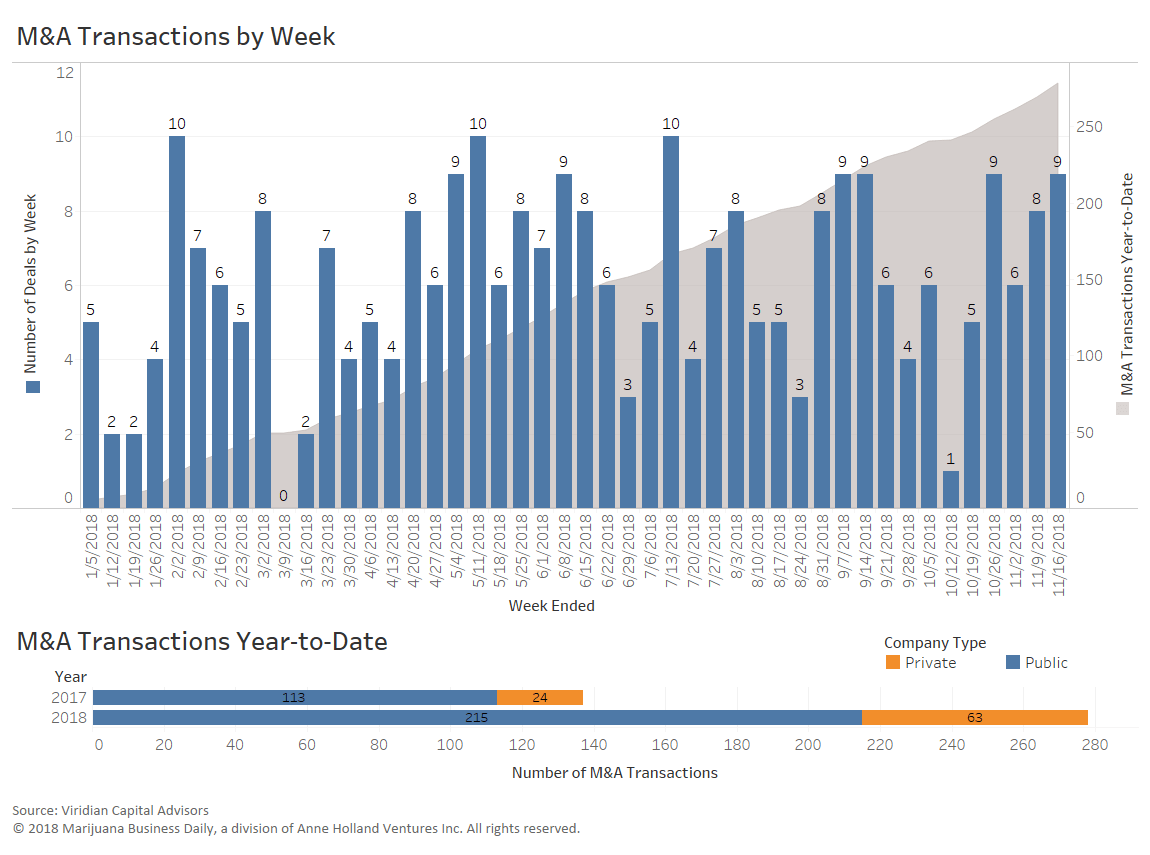 Merger & acquisition highlights for the past two weeks: