The data below, provided by Viridian Capital Advisors, is through the week ended Nov. 2.

This week was the industry’s single-largest for capital raises, bolstered by the official close of Constellation’s investment in Canopy Growth. 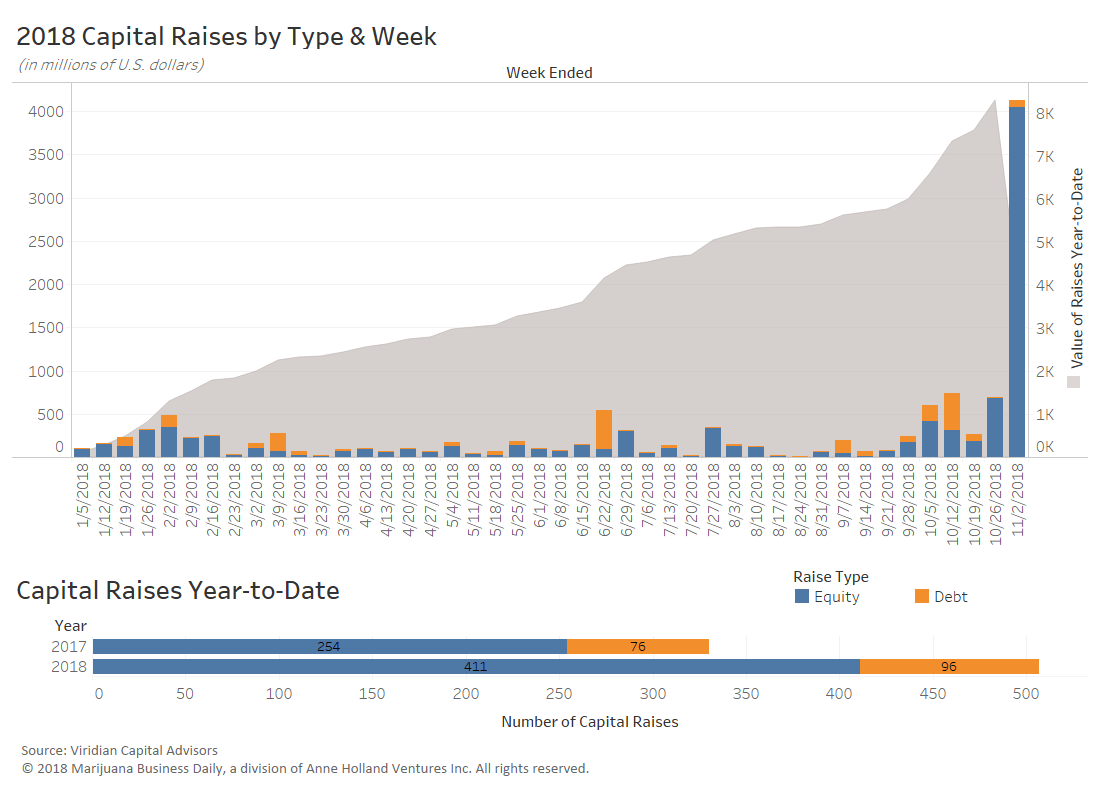 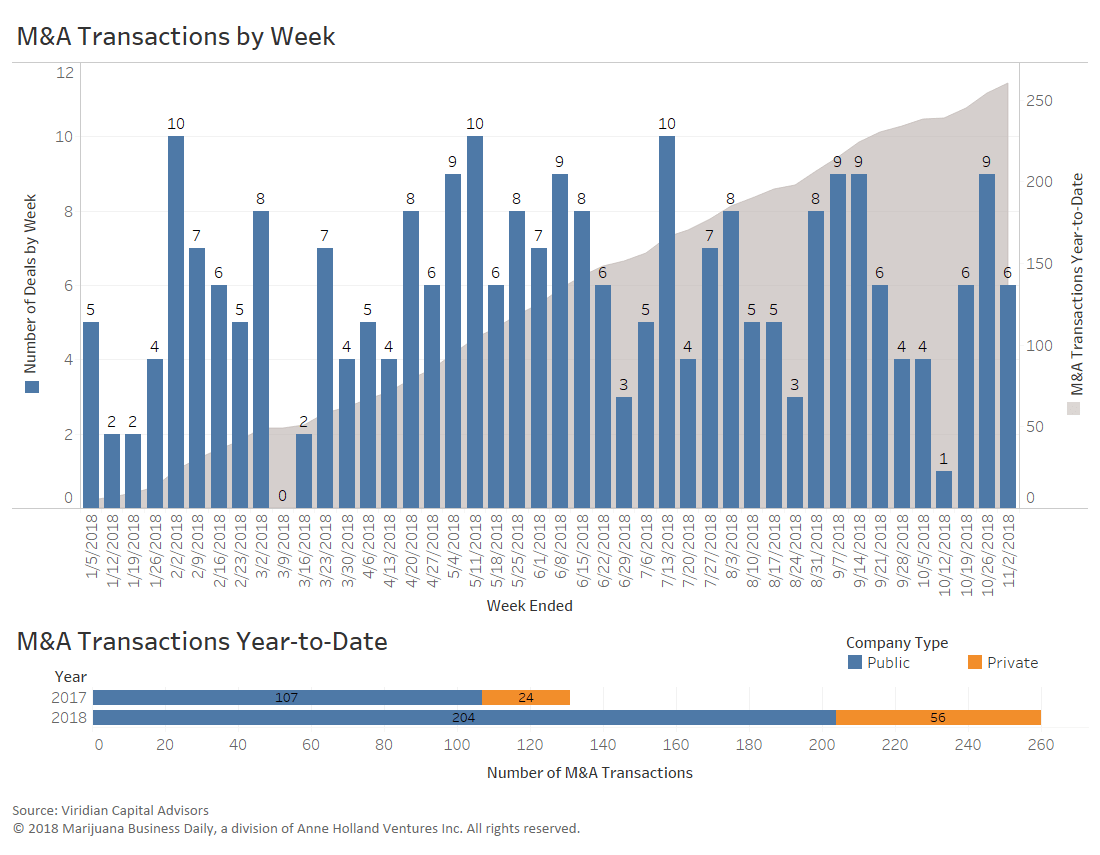