Through the first two weeks of March, cultivation and retail continued to be the most attractive for capital raises, with the sector raising more than $2.7 billion during that period compared with $1.38 billion in the same period last year.

Each week, Marijuana Business Daily and Viridian Capital Advisors provide the latest data on cannabis investment activity and M&A, along with key takeaways, analysis and trends based on recent market moves.

The data below, provided by Viridian, is through the week ended March 15. 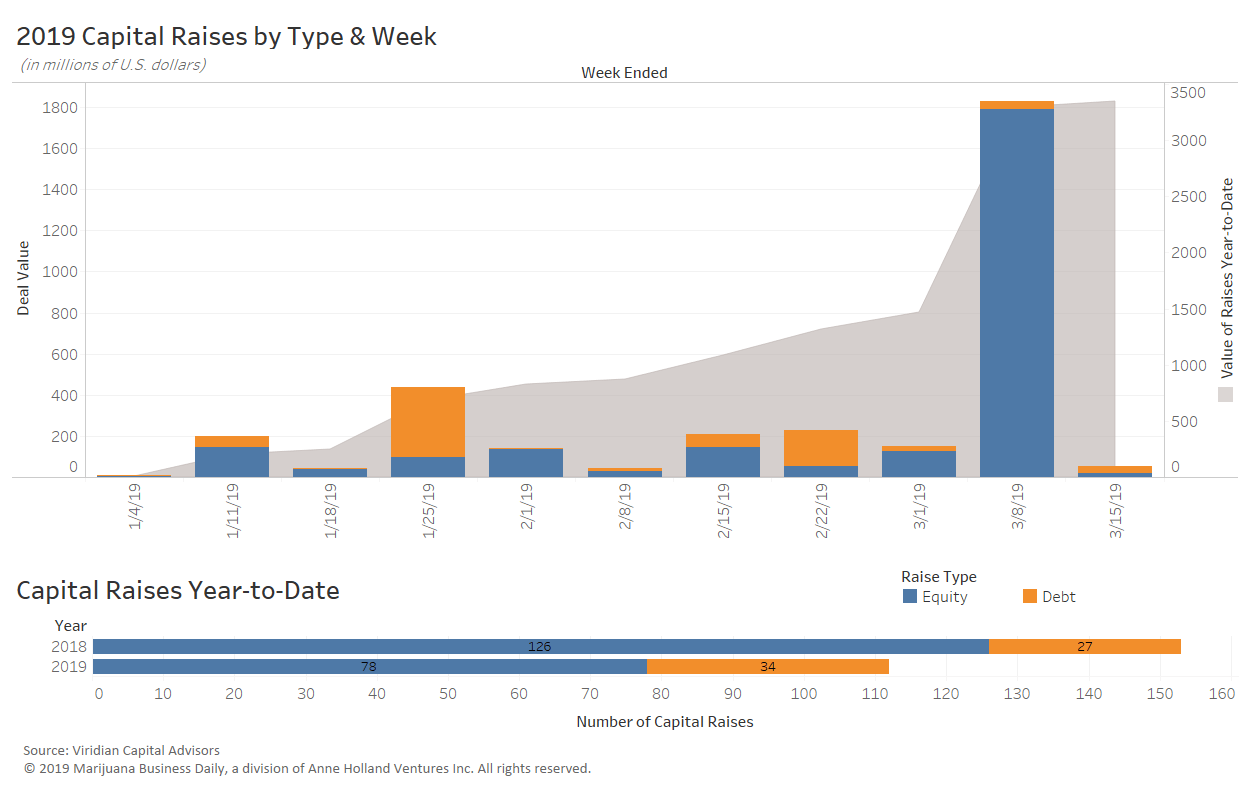 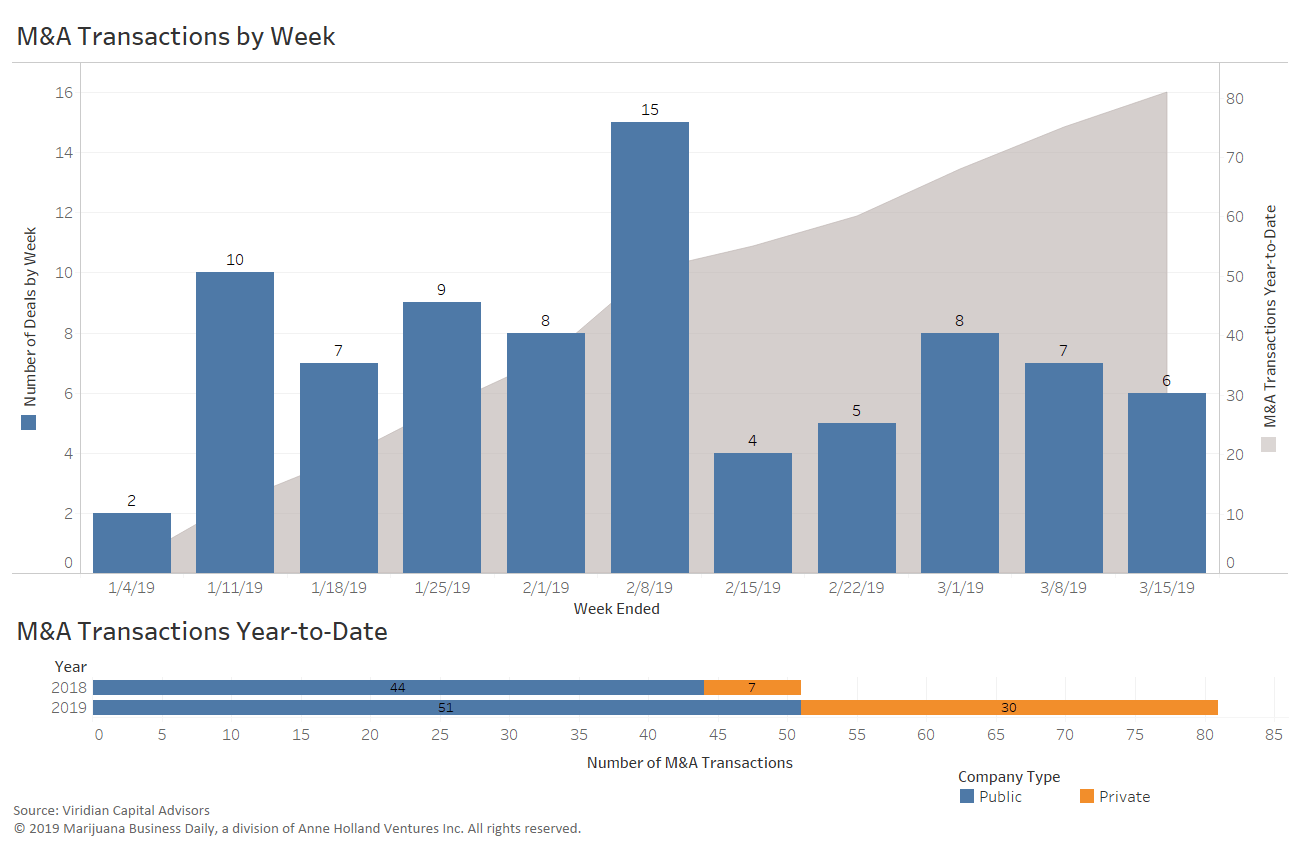