The cannabis cultivation and retail sector has become increasingly crowded and competitive, but successful operators can still make themselves attractive acquisition targets.

The cultivation and retail sector has been the dominant force in marijuana M&A for the first five months of this year – and it maintained that leading position this week.

While the amount of deals in the sector involving public companies is exactly twice that of last year at this time (44 versus 22), 15 involved private companies compared with four in 2018. This week, three out of the seven closed deals were in cultivation and retail.

The data below, provided by Viridian Capital Advisors, is through the week ended May 17. 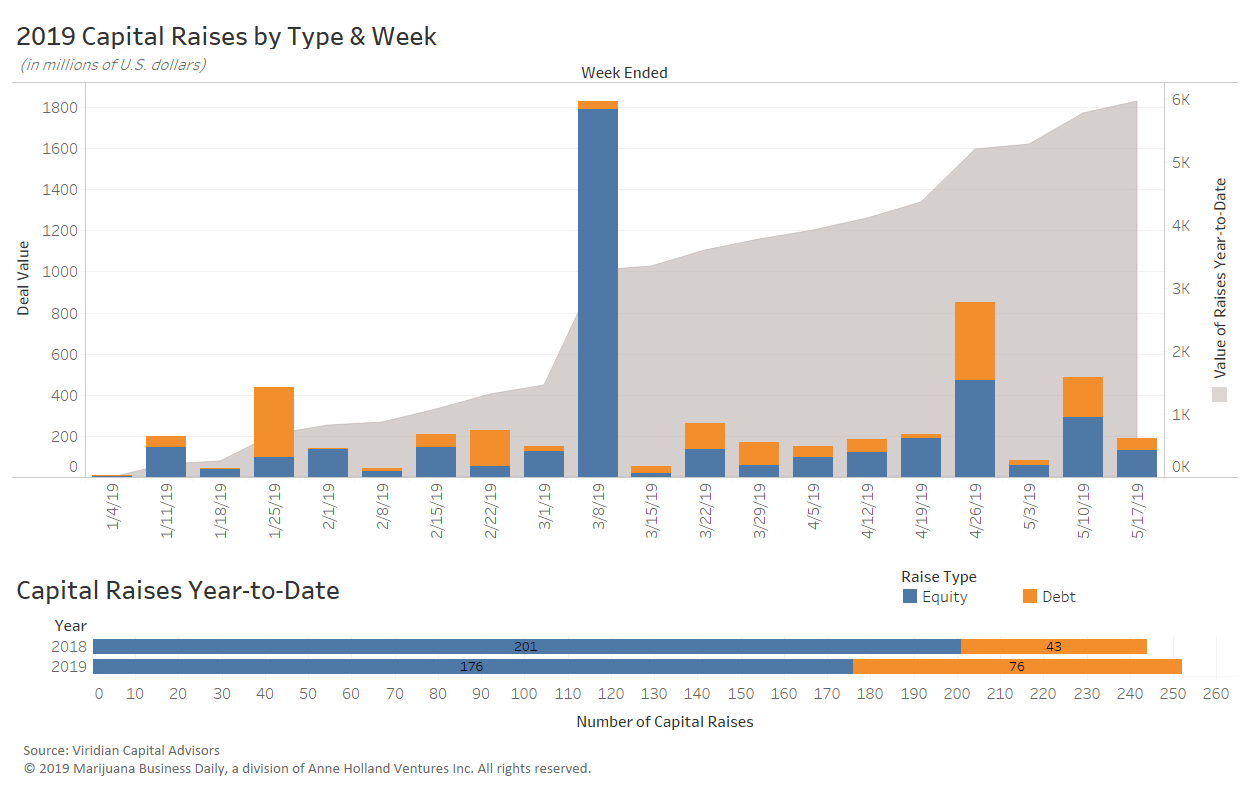 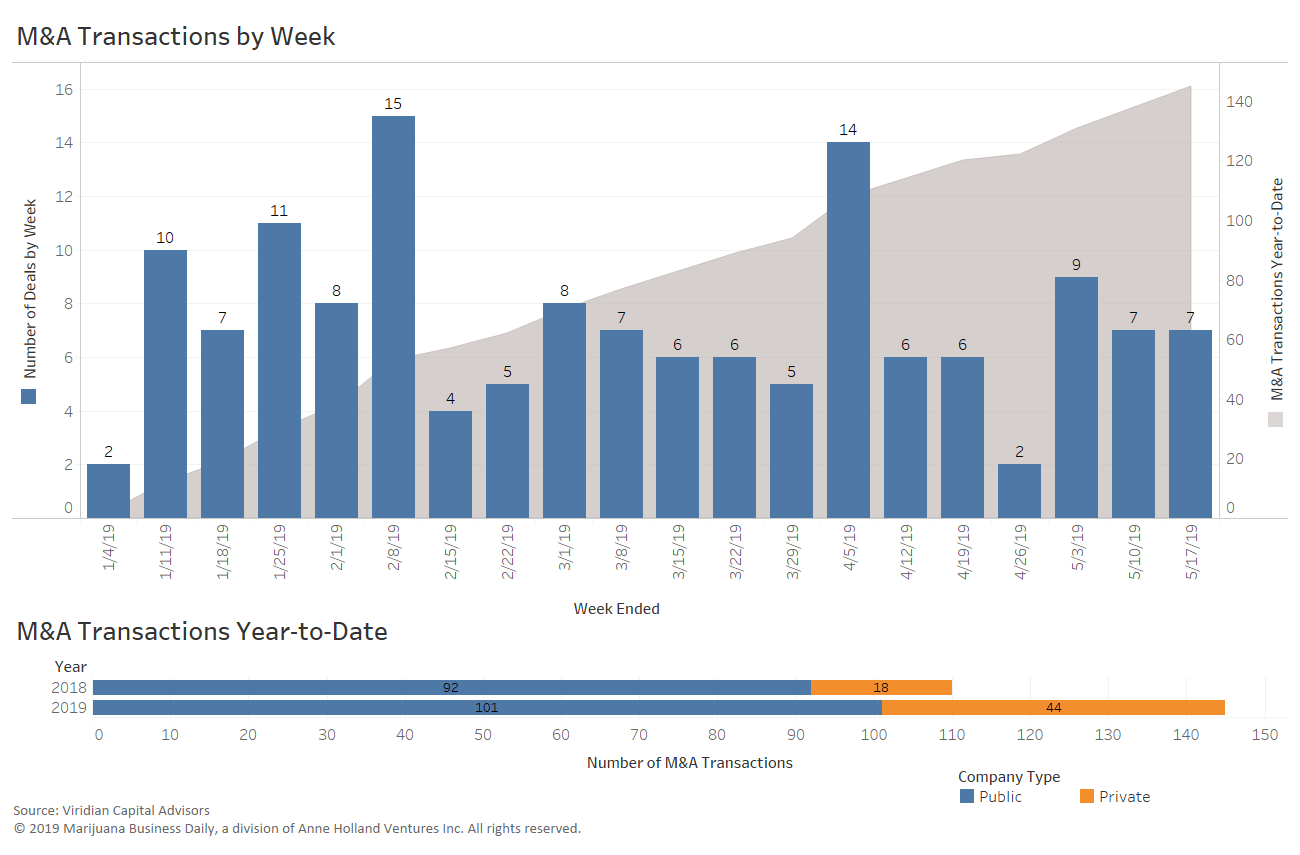