Investments in the infused products and extracts sector have nearly tripled in 2019, making it one of the fastest-growing areas for raising cannabis capital.

That total compares with $133.53 million raised in the comparable period last year, split evenly between equity and debt.

The data below, provided by Viridian, is through the week ended June 14. 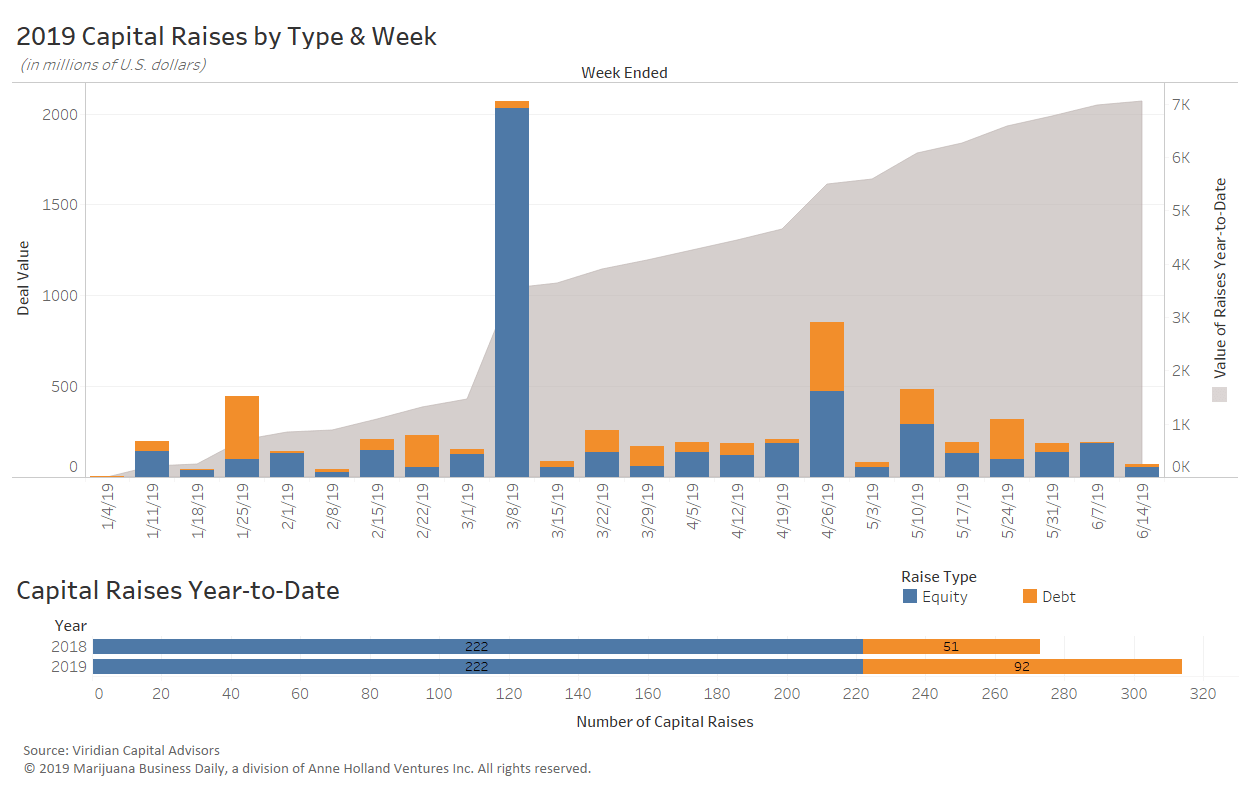 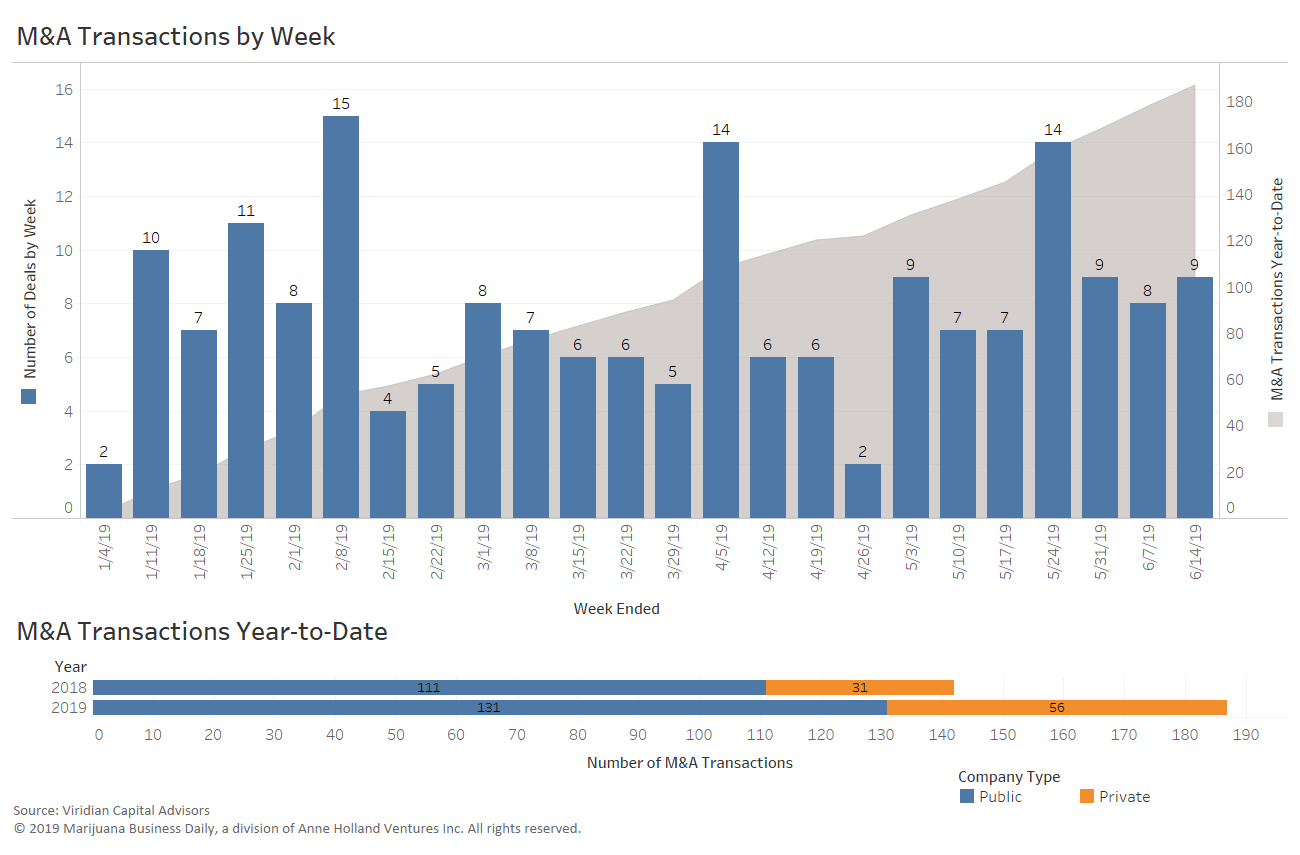