Only three weeks into January, observers who are closely following the money flowing into the cannabis space likely have noticed a big dip in the amount of capital raised so far this year compared to the same period in 2018.

Through Jan. 18, 2019, $208 million has been raised by North American cannabis firms, according to data tracked by Viridian Capital Advisors.

What’s causing the capital infusion lull in what’s been touted as the fastest growing industry on the globe?

A look back at the deals inked in early 2018 paints a clearer view.

“The main factor in the year-over-year decline thus far has been a reduction in investment activity to Canadian (licensed producers),” noted Harrison Phillips, vice president at Viridian.

“In early 2018, licensed producers at all stages – late-stage applicants, new licensees and more-established licensees – were more readily raising capital to prepare for the then-coming adult-use market.”

Throughout the new year, Viridian expects cannabis firms to exceed the record $13.8 billion raised by firms in 2018, as more U.S. companies go public and companies raise capital to continue to scale.

The data below, provided by Viridian, offers a recap and highlights of deals inked in the industry through the week ended Jan. 18. 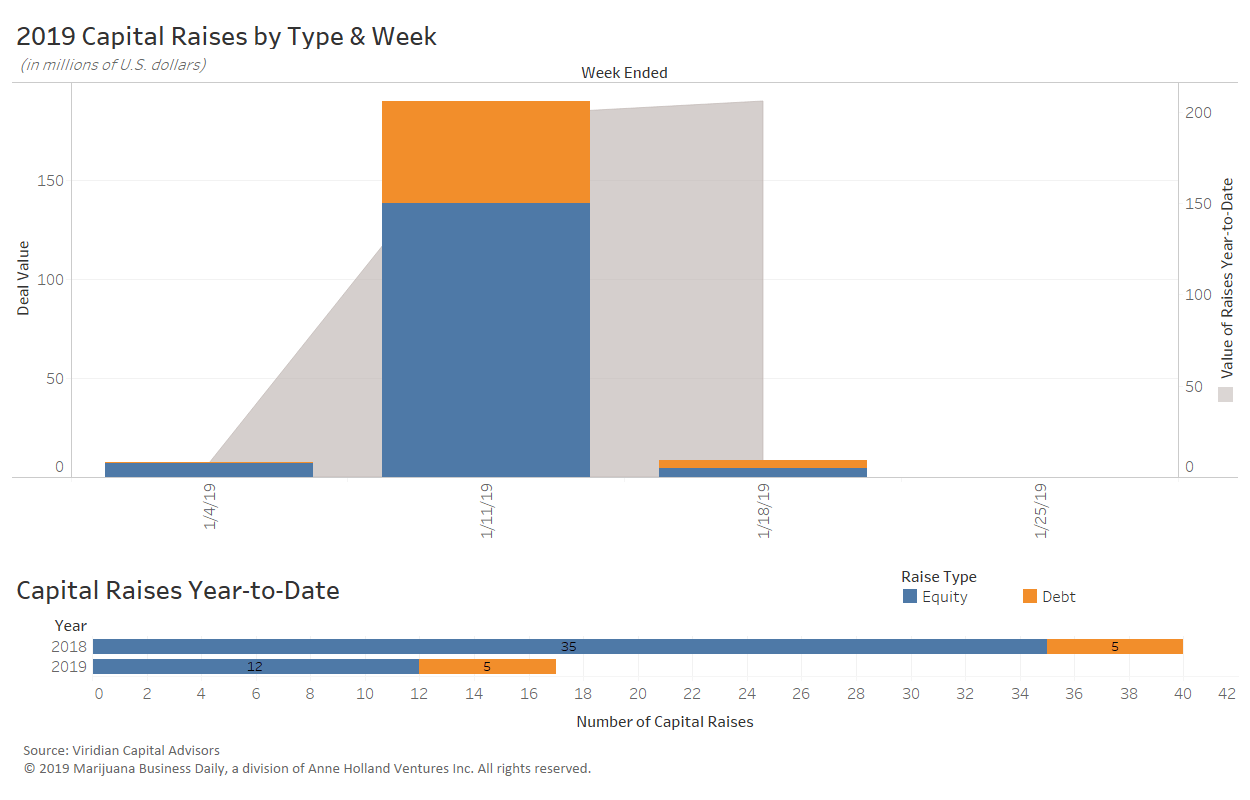 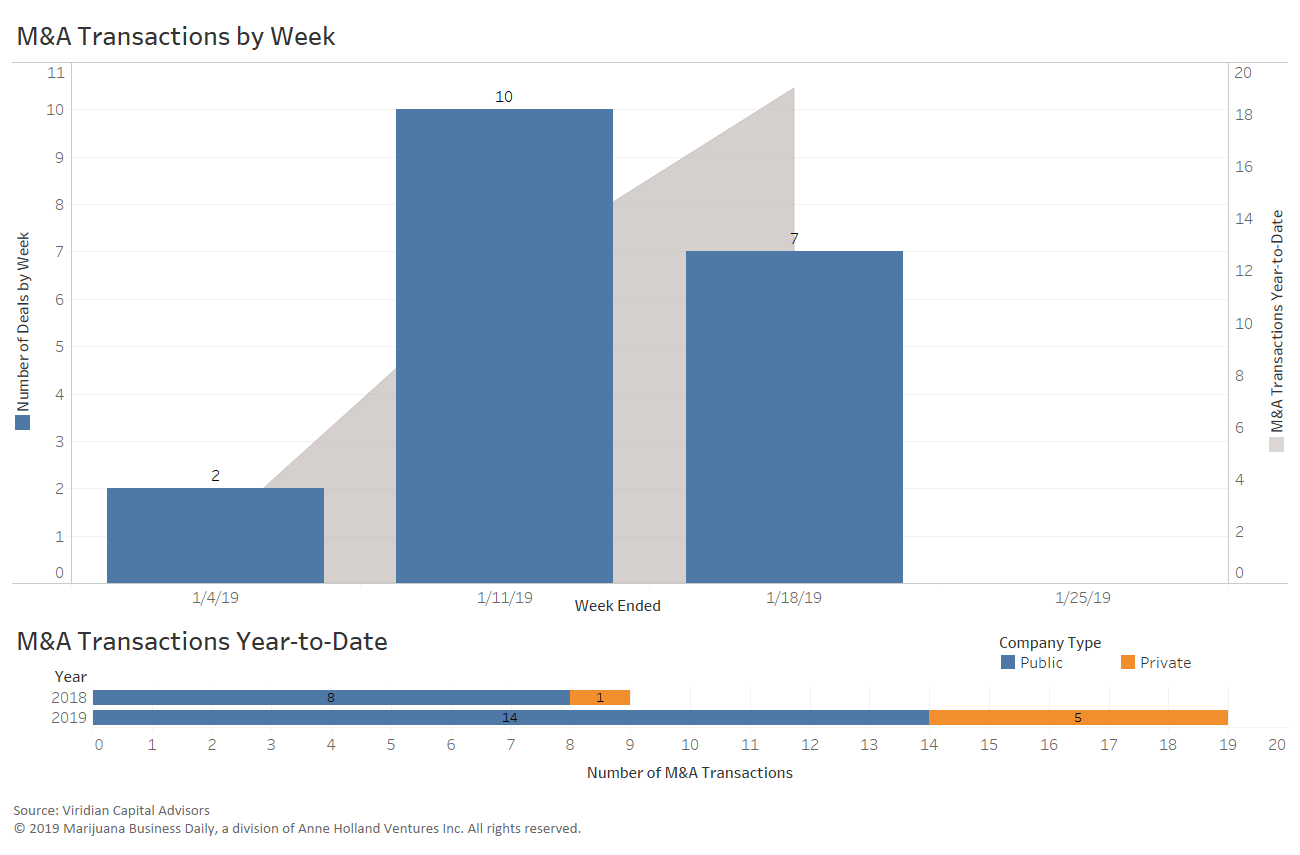