The data below, provided by Viridian Capital Advisors, is through the week ended Oct. 26.

Among the top highlights: Cannabis firms have raised more than $2.2 billion since the beginning of October as investors shift their focus from Canada and ramp up activity in the U.S.  Through Oct. 26, more than $8.2 billion has been invested in the industry this year. 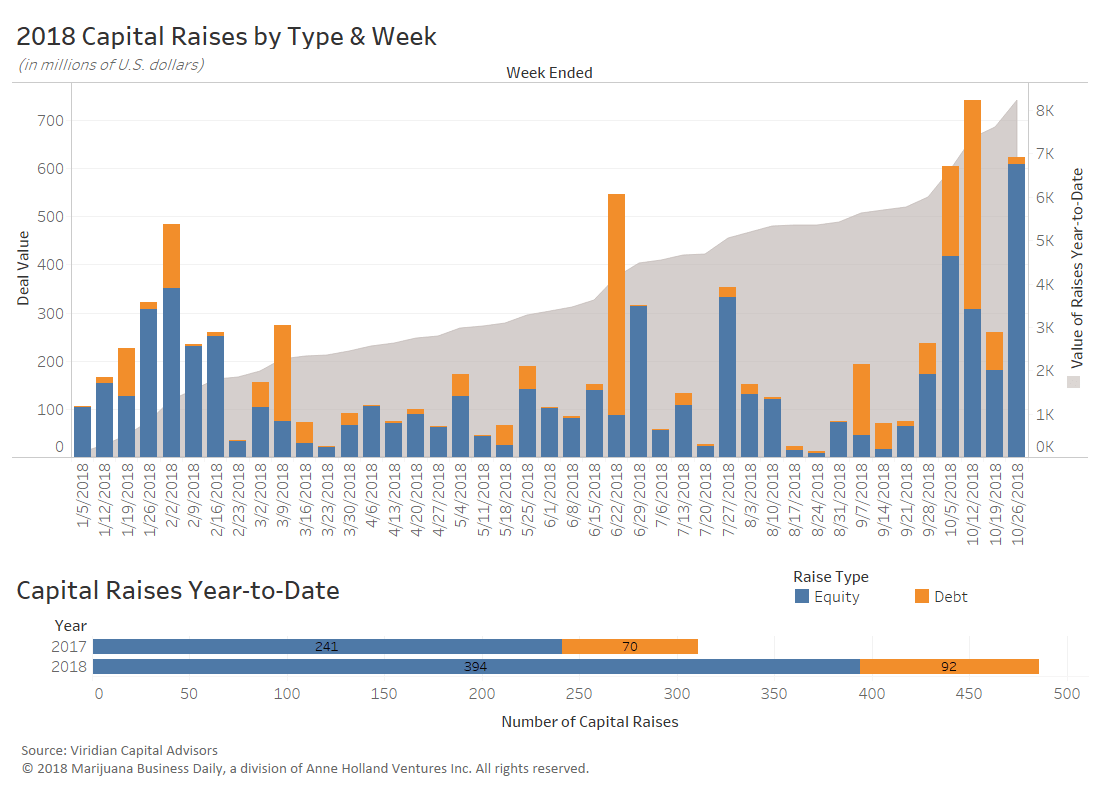 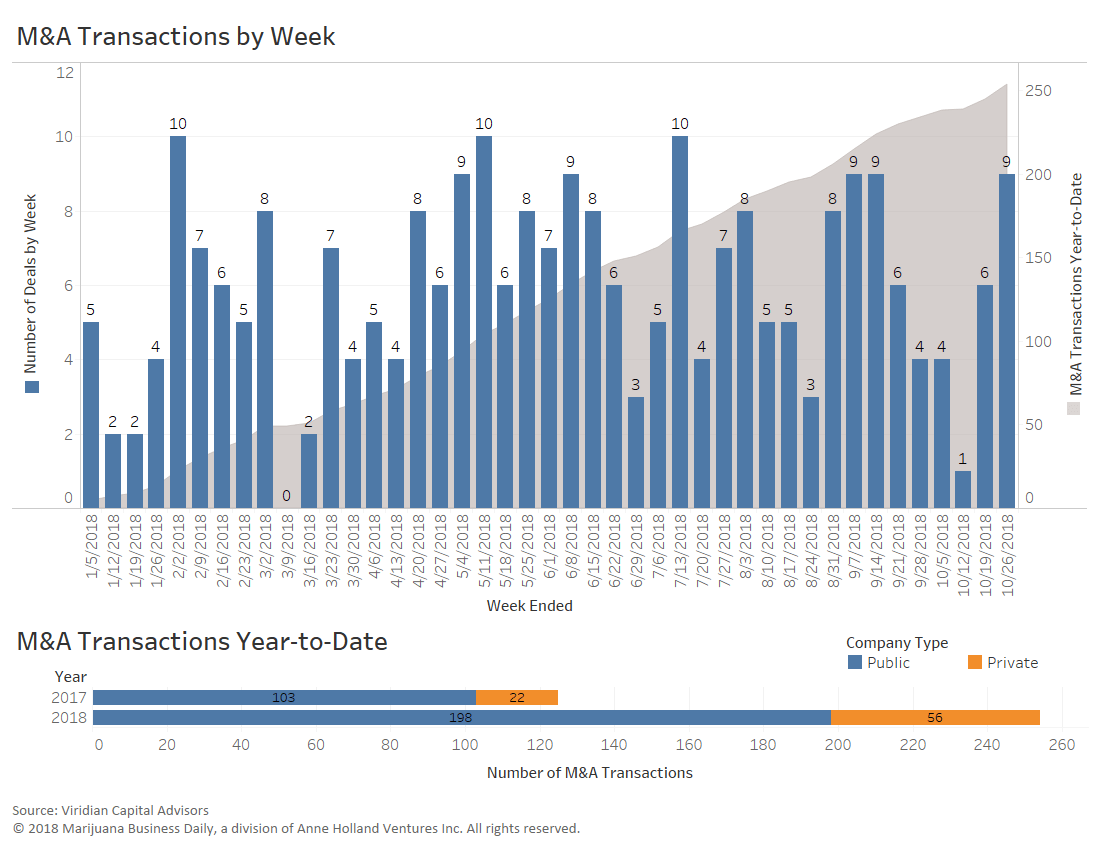