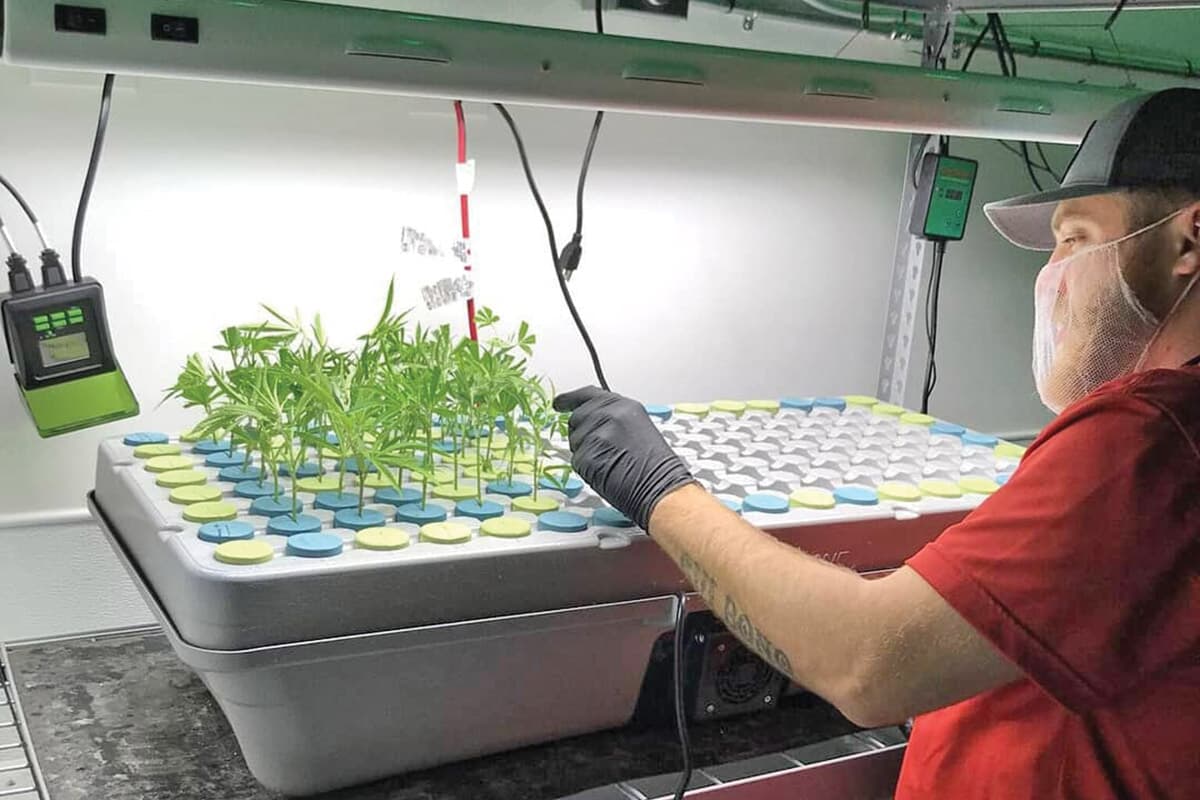 (This story has been corrected to reflect the allowable amount of THC in Texas.)

It’s true that consumers with serious health problems are more likely to shop at dispensaries than adult-use retailers in order to access more potent products, higher purchasing limits and low to no taxes on medical marijuana.

But many cannabis consumers with less acute medical or wellness needs avoid the MMJ route and embrace recreational marijuana to address issues such as insomnia, stress and muscle pain.

“The way that you win as a business is to bring a differentiated experience to the consumer or to the patient,” said Dr. Kyle Kingsley, a former emergency room physician and current CEO of Vireo Health International, a multistate operator based in Minneapolis.

But how can cannabis executives get enough patient feedback to provide the right experience?

Chris Diorio, who in 2017 left pharmaceutical giant Pfizer after 20-plus years as a senior scientist to join PharmaCann, a Chicago-based multistate operator where he is now director of research and development, said his company uses several channels to gather feedback from patients and consumers. These include PharmaCann’s social media pages, a call center, patient surveys and dispensary workers who serve customers.

PharmaCann has many employees who are also patients, and the comp any often relies on them to better tailor new products.

For example, if PharmaCann wanted to launch a new product in a certain market, it wouldn’t do it on a massive scale right off the bat. Instead, a number of employee-patients would test the product and provide feedback on things such as onset, duration and taste.

“It would be a softer launch,” Diorio explained. “We get the feedback, make adjustments if necessary to make it more palatable—or, if the onset was delayed, investigate what was going on.”

Vancouver, Washington-based Fairwinds, which sells THC-infused products within the state and hemp-based CBD products nationwide, uses many traditional customer feedback channels. It also has started incorporating quick response (QR) codes on packaging that customers are encouraged to scan with their cell phones, activating a form where they can answer specific questions about the product.

“That helps us a lot. Sometimes, it’s things we would never think of. Smell is a really huge thing for people,” said Wendy Hull, Fairwinds’ CEO.

Fairwinds also recently started an “Exploration Series,” where consumers are encouraged to provide feedback about their product experience through an online survey.

The first product in the series is a Pax Era vape cartridge blending the strain OG Kush with CBN, a minor cannabinoid that many observers say promotes sleep and stress relief.

For companies that can’t or don’t have the time to put their products through formal studies, such channels can provide invaluable feedback.

“That’ll help us home in on anything that can be improved,” Hull said. “That’s one way we can try and make sure our products are as effective as possible.”

Finger on the pulse

In Texas, one of the most restrictive medical markets in the nation and one where relatively few doctors have signed on to the program, Texas Original Compassionate Cultivation (TOCC) relies heavily on a medical advisory board comprised of eight physicians from around the state who have different specialties. They are led by Dr. Karen Keuogh, a pediatrician and child neurologist whose practice of roughly 2,000 patients includes many who use cannabis to treat epilepsy.

“They provide us feedback on what they’re seeing, what they’d like to see change, how we might improve our products, what type of ratios are working for what type of symptoms,” said Morris Denton, CEO of TOCC, noting that he and other executives have telephone conferences with the medical board at least once per month. “We stay incredibly engaged with the patient and medical community in order to continue to develop and refine our products based upon what we know is working—and, often more importantly, when we think we can make improvements.”

Feedback has resulted in some changes for TOCC. For example, some patients who have tree nut allergies said they are unable to consume coconut oil, prompting TOCC to start making some products with safflower oil, which is nut-free.

Texas currently imposes a .5% THC limit by weight. That means patients who require more THC to treat their symptoms must consume large amounts of coconut or safflower oil. Many consumers wrote to TOCC seeking an alternative, so the company created a lozenge that contains 5 milligrams, allowing patients to get their daily doses through a reasonable number of lozenges rather than an unpalatable amount of cannabis oil.

Denton said TOCC has developed a large enough clientele and network of physicians that it can assemble focus groups of 15-20 patients to test new formulations and products.

TOCC provides the products for free in exchange for physicians and patients filling out questionnaires about their experiences. The company also gets information in traditional ways, such as surveys and conversations between patients and budtenders.

“It was really challenging at first, but it’s getting easier as we continue to evolve and grow. And were getting better at how we do it, too,” Denton said. “There’s not a single product we develop that doesn’t go through an initial patient scrutiny … and then a focus group testing process to ensure that the product is ready for prime time.”

Chanda Macias, CEO of Ilera Holistic Healthcare in Louisiana and the National Holistic Healing Center in Washington DC, counts on her wellness consultants to serve patients using a method she calls “ailment-strain alignment” and a mantra of “listen, guide, treat and heal.”

“We look at their ailment, we match them with the proper strains and then the proper form of medicine—whether it’s in a tincture, flower, vaporizer. We work with them to get the best medicine aligned with their ailment,” Macias said.

She emphasized that her team members can’t make health claims about cannabis strains, but they can share anecdotal evidence and let customers make their own decisions. Her companies also built a database with six years’ worth of anecdotal evidence provided by patients. “We allow people to treat themselves and then give them the options that we think align properly with their ailment and condition.”

Many people assume cancer requires a high-THC product but forget that there are different types of cancer. Brain cancer, for example, might be better treated with high-CBD products, she said.

If a patient has multiple sclerosis, in which pain is known to rise suddenly before dipping down, Macias suggests indica strains consumed through combustion or vaporization, so the delivery and onset are fast. But for chronic pain, she recommends delivery through edibles or tinctures because the effects last longer.

“We rely on the patient to say how they feel,” Macias said.

Short of sophisticated research studies that take years to complete, industry observers say such anecdotal evidence can be valuable.

“The safety profile of cannabis is fairly well established. We do post-market surveillance looking for adverse events. And there’s been very few adverse events and consequences over the five to six years that we’ve been studying that,” Vireo Health’s Kingsley said.

“It’s just a matter of time until we have adequate evidence … to demonstrate that, for some segments of the population, cannabis is a real alternative,” he said. “In children with severe epilepsy disorders, there’s really solid evidence. But the only way you’re going to convince mainstream medicine generally is to go through formal clinical processes and trials and really develop the real data. But you can’t always wait for that.”