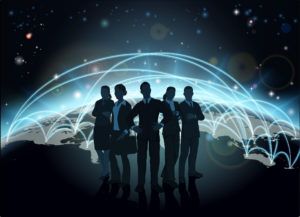 Jenna Valleriani, a Ph.D. and advocate for drug policy reform in the Canadian cannabis industry, recently compiled a list of women in marijuana that went viral on Twitter.

As senior-level players from other industries – like investment and mining – enter the market armed with well-honed fundraising skills and leadership experience, female CEOs and board members have been largely crowded out.

But experts say that as the number of female cannabis consumers grows, firms will be hard-pressed to have more representation of women.

“If you don’t have (women) in your company, there isn’t an authenticity there.”

An analysis by Marijuana Business Daily of regulatory filings by 25 of the top public cannabis companies in Canada found that only seven of the 139 people nominated to serve on their boards of directors are women.

That’s just 5%, or about one-quarter of the national average.

In Canada, women hold 21.6% of board seats on the top 500 public companies, according to the Canadian Board Diversity Council.

That compares with 19.9% of board seats at Standard & Poor’s 500 companies in the United States.

The same challenge exists in the C-suite, where only a handful of women hold the reins.

“Ninety percent of all meetings that I’m in are all men,” said Gordon, whose 48North is a licensed producer that will go public in eight weeks.

The current imbalance can be attributed to a variety of factors.

One is the demanding nature of the relatively new sector – Canada has had legal medical marijuana for only five years – which requires entrepreneurs to be less risk averse and more aggressive in raising capital than other industries.

In the case of cannabis conferences, which often feature all-male speakers, people should “demand that there be gender diversity on these panels,” she said. “You can always put a woman forward.”

And men have a role to play in ensuring there is fair representation in senior roles, according to Barinder Rasode, CEO of Niche Canada and founder of SheTalks, a women’s speaker series.

“Are men just asking men?” she says. “The bro culture is big in cannabis.”

Is there a glass ceiling?

Corporate support for addressing the division is limited.

Of the 25 cannabis companies analyzed by MJBizDaily, none have specific gender policies pertaining to the number of women on their boards.

Alison McMahon – founder and CEO of Cannabis at Work, a leading recruitment and training firm in the cannabis space – sees a balance of men and women applying for entry-level positions.

However, the ratio of men to women applying for senior-level roles is 4:1.

“It’s not overly different from other sectors,” she said. “There are more males that have started these organizations, and we tend to hire people like us.”

McMahon said the demanding nature of building a cannabis company from the ground up, on top of social circumstances particular to some women, often act as barriers to their successful promotion in the industry.

When women consider taking high-powered jobs in the cannabis sector, they’re also weighing the risk to their family, Gordon said.

And the risk of failure is high.

In addition to familial duties, women tend to be more self-critical, according to Rasode. This, in turn, leads them to apply for fewer positions – a trend that’s not unique to the cannabis industry.

So when more men than women are gaining senior-level experience already, it’s a cycle that becomes difficult to break.

“We create our own confidence gap,” she said.

Samantha Roman, founder of Credible Cannabis, believes women can create a unique role in the industry.

“You need to find a way to be part of the space,” she said, adding that assessing your risk tolerance and skill set are critical steps.

“Everybody who wants to be in the sector will find something to offer.”

Even in cases where women don’t feel completely confident that their past work experience is a good fit, they should still try.

“If you want to start a brand-new organization from ground zero – do it,” Roman said.

Though it can be hard to appear tough, feminine and in charge – issues Gordon grapples with each day as she dons her suit – she said women need to have faith and confidence in their ability to lead.

“Standing out is something that you have to do,” Gordon said.

Part of that includes becoming well-versed in every facet of the business, including how to raise capital, talk with investors and build a brand.

Since Valleriani’s Twitter list made the rounds, more men have offered to help change the status quo, according to Gordon.

“Men stepped forward to say, ’How can I help?’” she said.

Rasode says inroads are being made.

“In the last year there is more of an awareness than there has been in the past,” she said. “I think we’re going to get this right.”