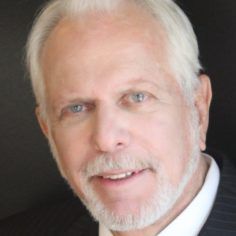 (Editor’s note: This story is part of a recurring series of commentaries from professionals connected to the cannabis industry. William Fowler is a senior adviser with Nevium Intellectual Property Consultants, which has offices in San Diego and Beverly Hills, California. He previously served as a federal commissioned officer of the Internal Revenue Service, where he audited  private and public companies.)

As a former federal commissioned officer of the Internal Revenue Service, here’s my advice for cannabis companies grappling with section 280E of the U.S. tax code: Settle with the IRS rather than going to battle in U.S. Tax Court.

Here’s why: Recently, several cannabis companies have faced huge fines for issues related to 280E, which bars standard business tax deductions for any company dealing with a controlled substance.

Unfortunately, each cannabis case that goes forward typically ends up losing in some way. The result is a further tightening of 280E, new precedents in case law and higher legal hurdles to overcome – not to mention the huge legal fees paid in pursuit of overcoming IRS decisions.

If representatives from a cannabis company must meet with IRS officers, just regard the agency as the lion in the room and respond accordingly. When meeting a lion face to face, you don’t take a stick and poke it, do you?

Don’t be aggressive. Instead be cordial, polite. Maybe even have an attorney or representative speak for you. You don’t want to say the wrong thing and throw the IRS a new piece of meat.

I always advise attorneys and taxpayers such as cannabis companies to settle with the IRS at the “appeals” stage. You’ll receive a better deal than going the way of U.S. Tax Court.

If you decide to go to court, the IRS will pull out all the stops, bring in their best people – including private-sector expert consultants – to take your case to an all-out war.

The odds of the cannabis company winning at this phase are slim.

In regards to the 280E issue, my advice is to file an extension and amend prior-year returns with new information gleaned from an expert. Heeding this advice is much better than paying a high-priced attorney for you to lose in tax court.

If you spell out “the IRS,” it literally means “Theirs” – not “yours.”

Let me explain something about the IRS: Most taxpayers don’t realize that Congress gave the agency the power to force taxpayers to prove their innocence, not the other way around. According to the IRS, you’re not innocent until proven guilty.

When you receive a letter from the IRS, you must respond. With that in mind, it’s unlikely the IRS will suddenly decide 280E is unconstitutional.

The decision was that a seller of cocaine, amphetamines and cannabis could deduct most business expenses, cost of goods sold, packaging, home, phone and automobile expenses relating to the seller’s illegal business.

One year later, however, the Edmonson decision was reversed and denied sellers of Schedule 1 or 2 controlled substances the right to deduct business expenses.

Since cannabis is classified as a Schedule 1 drug, cannabis businesses were unable to deduct most business expenses.

According to a Senate report on 280E: “All deductions and credits for amounts paid or incurred in the illegal trafficking in drugs listed in the Controlled Substances Act are disallowed. To preclude possible challenges on constitutional grounds, the adjustment to gross receipts with respect to effective costs of goods sold is not affected by this provision of the bill.”

In 1970, Congress created a law to control the unlawful manufacture, distribution and abuse of dangerous drugs (“controlled substances”) – the Comprehensive Drug Abuse Prevention and Control Act of 1970.

Since cannabis falls under controlled substances, it can be legal under state law but illegal under federal law.

In other words, the CSA portion of the law basically opens the gates to states legalizing cannabis.

But since the federal government does not recognize legal cannabis, the IRS serves as the gatekeeper collecting this so-called illegal money.

Many would say this is a “cash cow” as far as the federal government is concerned.

With that in mind, picture a fat cow in the pasture with a hungry lion stalking it. The lion can see there are several fat cuts of meat to enjoy.

Let’s say each felony is a juicy piece of meat to the lion.

What are the possible pieces of meat regarding an illegal business dealing in a Schedule 1 drug?

Remember, this is a state-legal cannabis business, not a federally legal business.

At this point, since the audit has exposed felonies, who cares about 280E? Isn’t a fine better than jail time?

In short, cannabis companies should think twice before having to deal with the IRS and 280E.

William Fowler can be reached at williamfowler@nevium.com.

California legislative roundup: Are tax shifts on the way for the state’s cannabis industry?