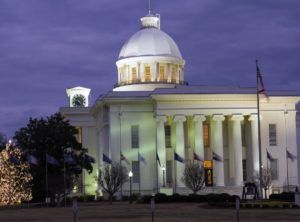 Alabama took a major step toward becoming the 39th state in the nation to legalize a medical cannabis market, albeit a relatively restrictive one, after the House passed an amended bill by a vote of 68-34 Thursday.

The state Senate already had approved the Alabama Compassionate Act, Senate Bill 46, by a 21-8 vote in February after a short debate.

The bill now goes back to the Senate for final consideration.

A House lawmaker said Thursday that Sen. Tim Melson, who sponsored the bill, was fine with the lower chamber’s amendments. They included slight differences in qualifying medical conditions from the Senate version.

It’s uncertain what Gov. Kay Ivey would do if a bill reaches her desk, but she did sign a bill in 2019 renewing a provision allowing children with seizures to use cannabis oil.

Passage of the bill into law would make Alabama the third state in the Deep South to approve a medical marijuana program, following Louisiana and Mississippi.

The Mississippi program is in limbo, however.

The Alabama Compassionate Act would restrict the number of licenses and patient qualifying conditions. It also would ban smokable flower, vaping products, candies and baked goods.

“Today’s vote in the House of Representatives was a hugely consequential step forward for this legislation,” Whitt Steineker, co-chair of the cannabis practice of Birmingham-based Bradley law firm, wrote in an email to MJBizDaily.

He noted that most observers had predicted that the legislation’s toughest challenge would be in the House.

“This is not a perfect piece of legislation, but it is a clear policy choice by the Alabama legislature that there is a valid role for cannabis in the treatment of certain medical conditions,” Steineker added.

He said he would expect the law to be refined in subsequent legislative sessions “as citizens, patients, regulators, and lawmakers begin to see what works, what doesn’t.”

Under the bill, rules would have to be adopted in time to allow applications to start being filed by Sept. 1, 2022.

According to a bill summary by the Washington DC-based Marijuana Policy Project, the Medical Cannabis Commission would license:

Only pills, gelatin cubes, lozenges, oils, suppositories, nebulizers and patches would be permitted.

The Medical Cannabis Commission would determine the maximum daily dosage of THC that can be recommended for each qualifying condition. In most cases, the dosage would not exceed 50 milligrams.

An appointed 11-member Alabama Medical Cannabis Commission would be charged with implementing most of the licensing and regulation.

The state’s Department of Agriculture and Industries would license and regulate cultivation.