Alaska cannabis industry stakeholders are pressing their case against Republican Gov. Mike Dunleavy’s plan to abolish the Marijuana Control Board, arguing it could harm the state’s MJ market.

At a legislative reception in Juneau on Feb. 22 hosted by the Alaska Marijuana Industry Association, business owners told a group of 50 legislators and staffers the new governor’s plan to dismantle the board is a power grab that will undermine the industry’s input in the rulemaking that governs the commercial cannabis sector.

The owners contend that could lead to:

ADVERTISEMENT
“This is all part of a concerted effort to … concentrate power at the top by giving it to the governor and a governor-appointed commissioner,” said Cary Carrigan, executive director of the state cannabis trade organization.

On top of trying to eliminate the Marijuana Control Board, the governor has appointed two people to the board that have drawn criticism from the cannabis industry.

But business owners see the governor’s actions as an aggressive move against Alaska’s established adult-use MJ industry – something they’re not sure has happened in other states where voters have approved recreational marijuana.

Former Maine Gov. Paul LePage sought to torpedo his state’s efforts to roll out a voter-approved recreational program, but the Legislature kept the governor in check.

And that’s what some marijuana business owners in Alaska are asking their legislators to do.

Dunleavy is expected to introduce legislation soon that would scrap the board and transfer its authority and responsibilities to the commerce department’s commissioner, a Dunleavy appointee who heads the agency.

In the interim, the board is expected to continue its regular functions.

Meanwhile, the marijuana industry continues to fight back against Dunleavy’s two appointments to the board, who have yet to be confirmed by the Legislature.

Last month, he appointed Vivian Stiver, a marijuana critic who fought commercial cannabis in Fairbanks, and Christopher Jaime – a lieutenant with the Alaska Wildlife Troopers and a former state trooper who wants to revisit rules for on-site consumption of marijuana at some licensed retailers.

“Appointing abject prohibitionists to the board is most definitely going to have a chilling effect on the industry,” said Brandon Emmett, chief operating officer of Good Titrations, a Fairbanks-based concentrates manufacturer.

“It will make it very difficult to continue the agenda of the previous board, which was normalizing the marijuana industry in Alaska and creating opportunities for business growth.”

‘This could happen anywhere’

Dunleavy’s proposal is one way he is trying to cut the state’s budget to close a $1.6 billion deficit, said Matt Shuckerow, the governor’s press secretary.

According to internal memos, the proposal would reduce the Alcohol and Marijuana Control Office’s budget by $48,700. The governor plans to continue to streamline boards and commissions that have similar functions, Shuckerow noted.

But Carrigan of the Alaska Marijuana Industry Association said he believes there’s more to the governor’s actions than cost-cutting and that the move could undermine MJ businesses.

If the governor dismantles the board, Carrigan said, he fears marijuana facilities will be inspected by inexperienced investigators who also oversee labor and health departments. That could lead to inconsistent enforcement of rules and penalties.

Carrigan also noted the commerce department commissioner would absorb an “overwhelming” amount of work, which could delay the licensing process for businesses.

Business owners who attended the Marijuana Control Board’s meeting in Juneau last week lobbied legislators to oppose Dunleavy’s plan, according to Carrigan, who wants to partner with other groups – nurses, education professionals and state troopers – affected by the governor’s budget cuts.

“This could happen anywhere else in the country,” Carrigan said. “I’m hoping we set a precedent to help others understand how to react when they face this kind of resistance, especially when it’s not what people voted for or what state law says.”

‘Our livelihoods could be stomped out’

If confirmed by the Legislature, Stiver will replace Brandon Emmett, who is also president of the Alaska Marijuana Industry Association, and Jaime will replace Jeff Ankerfelt, a police chief who voted in favor of a decision to allow on-site consumption of marijuana at some licensed retail shops.

Stiver has been called an “abject prohibitionist” by many in the industry. But she rejected that characterization during a Senate hearing this month.

Still, Emmett said, Stiver and Jaime “are not interested in advancing the industry whatsoever.”

Stiver and Jaime did not respond to Marijuana Business Daily’s requests for comment.

According to the Associated Press, they both expressed concern about on-site consumption:

An informal analysis shows consumption lounges could net an additional $2.4 million in revenue for Alaska’s marijuana industry, said Emmett, who supported on-site consumption in a 3-2 board vote.

That new revenue stream would be lost if Jaime and Stiver are able to reverse the previous board’s decision.

For example, the new board members could support limits on how and when marijuana companies can transport products, how much product distributors can carry, or how long security camera footage has to be stored.

The Marijuana Control Board doesn’t limit water or air transport of marijuana because some Alaskan communities are reachable only by boat or plane.

It is, however, federally illegal to transport marijuana by sea or air, and changes that would ban those transport modes would harm businesses.

Good Titrations, Emmett’s company, pays $1,700 a week in transportation costs. Other businesses save by managing their own transportation, but it’s time-consuming, Emmett noted.

“These costs and time expenditures could certainly increase if regulations were altered unfavorably,” he added.

Caleb Saunders, the CEO of Green Jar, a marijuana retail shop in the Matanuska-Susitna Valley, was more blunt.

“This is our livelihoods that could be stomped out – and not in a blatant or obvious way,” Saunders said. “New regulations can just keep squashing businesses, and it would take years of lawsuits to prove it.”

Alaska gov hopes to kill off state marijuana agency and other top stories from the week ending Feb. 22 (SLIDESHOW) 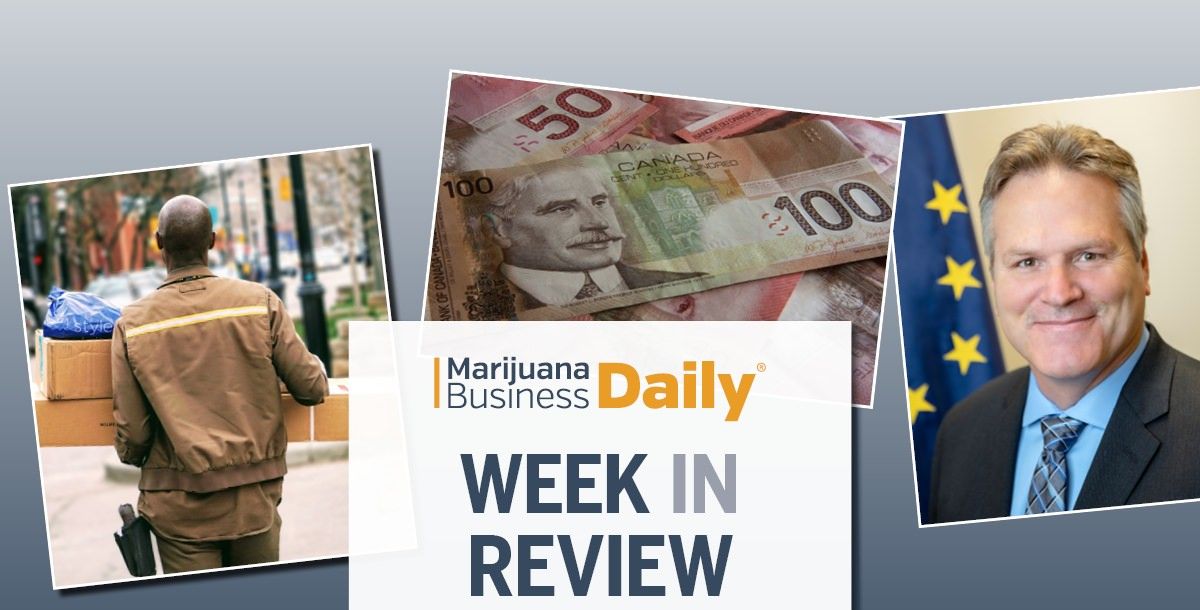