An Australian medical cannabis company has raised $3.59 million ($5 million Australian) in an institutional placement, according to Business News of Australia.

The company – MMJ Phytotech, which develops medical cannabis pills, capsules and dosage regulators – unveiled the development on the same day it announced a $2.5 million loss in the last six months of 2015 on revenue of about $200,000.

To raise the money, MMJ Phytotech put out about 20.8 million shares at 17 cents per share to institutional clients of Merchant Corporate Finance.

The company hopes the capital infusion will help it break into the new market of Australia, which just recently legalized medical marijuana. The money will also help fund its subsidiary in Israel, which is planning to test cannabis capsules for treating pain and spasticity in patients who have multiple sclerosis.

Chart of the Week: Breakdown of Interest Rates for Friends & Family Loans in the Cannabis Industry 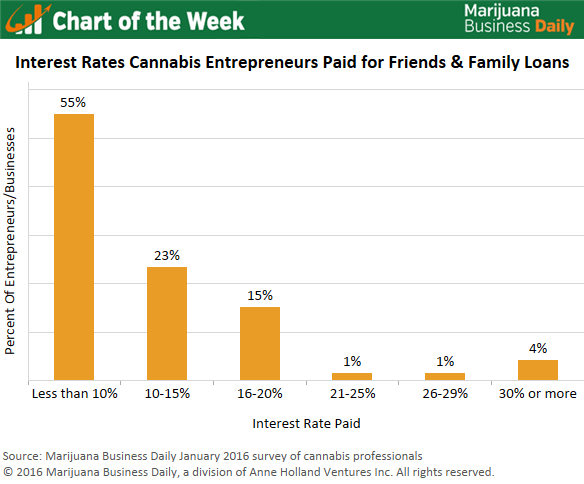