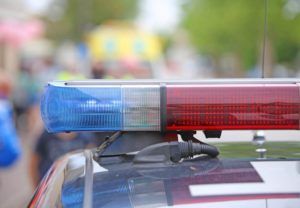 A class action lawsuit filed in San Francisco County Superior Court is asking a California judge to block the state’s highway patrol from seizing and turning over cash and other assets from state-legal marijuana companies to federal authorities.

The lawsuit stems from a case that began in September, when employees from a Humboldt County distribution company, Wild Rivers Transport, were stopped by California Highway Patrol (CHP) officers while returning to their corporate headquarters after making a delivery of marijuana products to the Los Angeles area.

According to the newly filed lawsuit, more than $257,000 in cash was seized by CHP and turned over to U.S. Department of Homeland Security officers.

“CHP has gone rogue, and they’re going to continue to do it until they’re stopped,” attorney Matt Kumin, who is representing Wild Rivers, said during a news conference.

The lawsuit asks for a preliminary and permanent injunction to prohibit CHP “from turning over any assets seized from lawfully operating California cannabis businesses to any federal agency,” and Kumin said he believes there could be a ruling as soon as February.

CHP spokeswoman Fran Clader wrote in an email to Marijuana Business Daily that the agency does not comment on pending litigation.

Kumin also filed a separate civil rights lawsuit on Dec. 13 in Merced Superior Court on behalf of Wild Rivers and its two employees who were detained.