In total, Tilray’s CEO has received nearly $30 million in total compensation so far in calendar 2021 – almost half of which was paid in cash – a proxy statement filed ahead of the company’s annual meeting on Nov. 22 shows.

Some of the details of the compensation were disclosed in a previous filing.

The company, which has headquarters in Leamington, Ontario, and New York, also said the CEO’s salary “may be increased but not decreased” as part of an annual performance review by the Compensation Committee, according to filings.

Simon was CEO of Aphria while helping engineer the merger with rival producer Tilray.

That deal closed April 30. Simon is CEO of the new company, Tilray.

The proxy outlines compensation for executives for the 2021 fiscal year ended May 31 as well as compensation awarded in the immediate months after that period.

Simon’s total compensation for fiscal 2021 is listed at $13.7 million, consisting of salary, bonuses and “other” compensation, which includes a car allowance.

However, that figure does not include one-time equity grants awarded to Simon around the end of July – after the fiscal year ended.

“As additional incentive to entering into the employment agreement, on July 27, 2021, Mr. Simon received the following one-time equity grants having an aggregate value as of the July 27, 2021, grant date equal to $15,000,000,” according to the proxy.

The value of the equity grants was calculated using the closing price of the company’s shares on the grant date. A Tilray spokesperson said the awards are subject to time-based vesting requirements and achievement of specific performance goals, including synergy goals and significant stock price appreciation targets.

An additional $352,400 cash payment to Simon reflects “a rounding issue.”

All together, Tilray’s CEO has been awarded at least $28.7 million in total compensation so far this calendar year.

For the five-month period ending May 31, Tilray said, the company’s median employee compensation was $15,061.

The standard bonus is awarded at 200%-350% of base salary if performance benchmarks are met.

The Canadian cannabis producer also paid Simon and other executives what it called a “Transformation Bonus” in exchange for Simon agreeing to remain in his role as CEO “or otherwise provide continued services through mutual agreement with the company until December 31, 2022.”

Simon received a one-time cash payment of $10 million under this classification, which was paid within five days of July 27.

Together, the two cash bonuses equal $13.2 million for this calendar year.

In the proxy, Tilray explained it awarded the bonus “in recognition of each (executive’s) exceptional efforts and in consideration of their unique and significant contributions to Aphria and its transformation that resulted in the (merger with Tilray).”

Denise Faltischek, the company’s head of international and chief strategy officer, and James Meiers, head of Canada, also received “transformation” cash bonuses worth $850,000 while CFO Carl Merton was given $800,000.

Simon’s $10 million transformation bonus has a prorated clawback clause if he voluntarily resigns without “good reason” before Dec. 31, 2022.

The $15 million equity grants bonus, meanwhile, is the second time in the past 18 months that Simon was rewarded for entering into an employment agreement.

In January 2020, Simon agreed to become a full-time employee of Aphria, even though he was already the company’s CEO.

“In consideration of entering this employment agreement, Mr. Simon received a signing cash bonus equal to $1,110,000 and $7,000,000 granted as RSUs that vest over three years,” per a previous regulatory filing.

Other bonuses were paid to current and former executives based on the Annual Performance Bonus Plan.

Simon received at least two raises in the past 18 months, bumping his salary to 70% over what it was at the start of 2020.

On July 27, 2021, the CEO was given another raise, this time to $1.7 million annually, according to the latest proxy.

The regulatory filing notes that Simon earned the raise because of a “significant increase in responsibility” after the merger.

“In determining the base salary levels for each (executive) in connection with their continued employment following the Business Combination, the Compensation Committee considered the significant increase in responsibility of these executives post-Business Combination, their respective relevant experience and achievements and the level of compensation of our peer group companies and other survey data and individual negotiations with each executive,” according to the proxy. 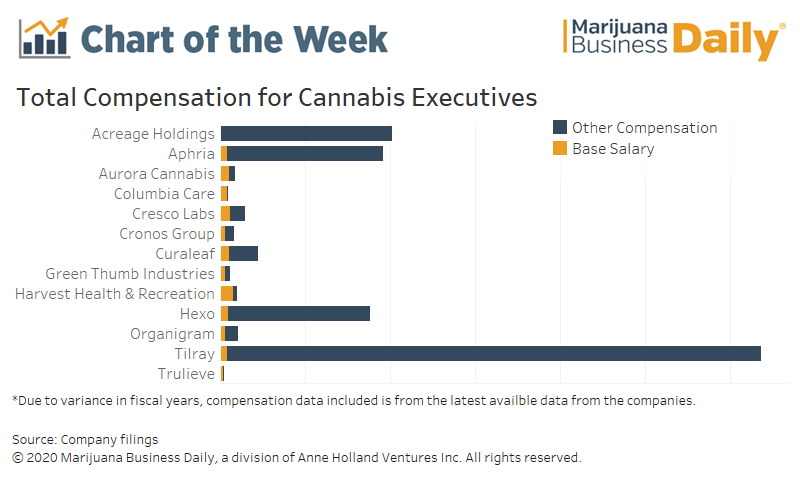