Headspace, a multimillion-dollar marijuana oil company in Southern California that sells a product called The Clear, filed a trademark infringement suit against a Washington state MJ cultivator, Podworks, for using the name Top Shelf Clear for one of its products.

The trademark suit is believed to be the first in Washington involving cannabis, according to KING5.com. It comes amid a growing number of trademark disputes in the marijuana industry.

Cannabis is illegal under federal law, which complicates efforts by MJ companies to secure a U.S. trademark. In Washington, however, Headspace has a state copyright for the name, according to KING5.com.

The Clear is sold in seven states, including Washington.

Headspace CFO David Sparer said it didn’t matter that the names were not identical.

“Anyone who is using the word ‘clear’ needs to use something different. That’s our name,” he said.

But Podworks owner Thomas Worth also has a trademark on the Top Shelf Clear name and plans to invoke it to keep the name, King5.com reported.

Worth’s lawyer, Peter Smith, suggested that Headspace filed the suit as a way to strengthen its position in a local market that out-of-state companies find hard to enter.

“Many foreign companies try to skirt these laws by using branding and trademark law to participate and profit indirectly from the Washington cannabis industry. To me, that signals an out-of-state shakedown. Podworks will vigorously defend itself in this case,” Smith said. 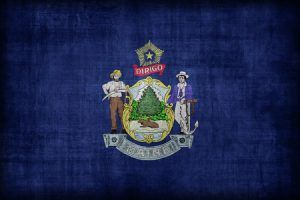 States with the best chance to legalize cannabis in 2017?