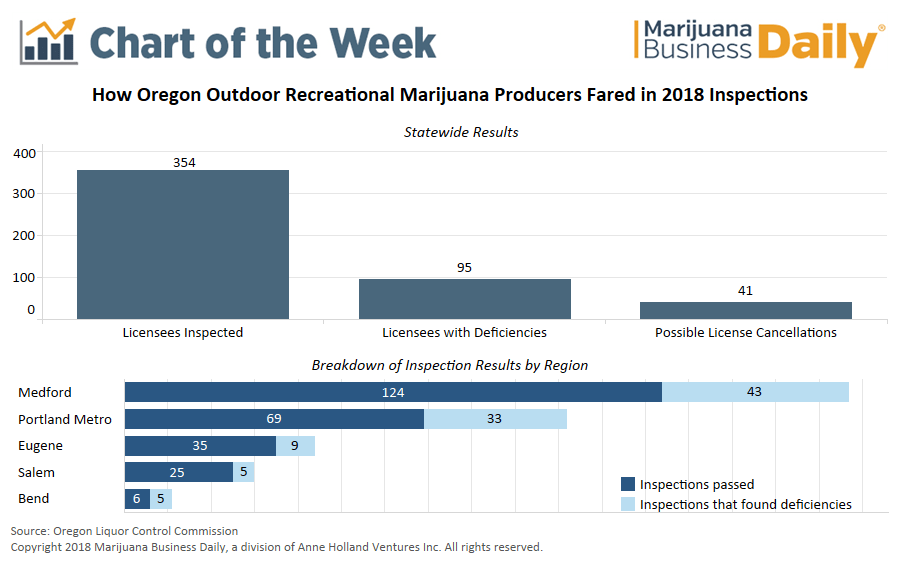 More than a quarter of Oregon’s outdoor recreational marijuana producers had deficiencies or potential compliance violations in their harvest processes, according to the results of Operation Good Harvest – the state’s effort to observe and inspect the 2018 outdoor cannabis harvest.

Of the 354 licensed outdoor recreational grow sites inspected by the Oregon Liquor Control Commission (OLCC) between September and early November, 95 licensees – 27% – were found to have discrepancies or shortcomings in their harvest activities, and 41 face possible revocation of their cultivation licenses.

ADVERTISEMENT
The compliance checks were scheduled during outdoor harvest season after the OLCC identified harvest as an “opportunity for diversion” – and they illustrate how serious Oregon regulators are about preventing legally grown marijuana from making its way to the black market.

In total, the OLCC inspected 56% of the 628 outdoor and mixed-use recreational marijuana producers throughout the state.

According to the agency, many of the licensees not in compliance had multiple deficiencies. Here are some of the most common:

The Salem region boasted the highest level of compliance, 83%, and just one possible license cancellation, while inspections of 11 licensees in the Bend region found only 55% of growers to be in compliance.

Beyond the state’s diversion concerns, the Oregon Office of Economic Analysis estimates that overproduction has caused wholesale cannabis prices to drop as much as 50%, impacting profitability along the value chain.

Before a June notice of compliance checks, the OLCC announced plans to temper overproduction and wholesale price declines in the state by temporarily halting processing of new recreational cultivation licenses. 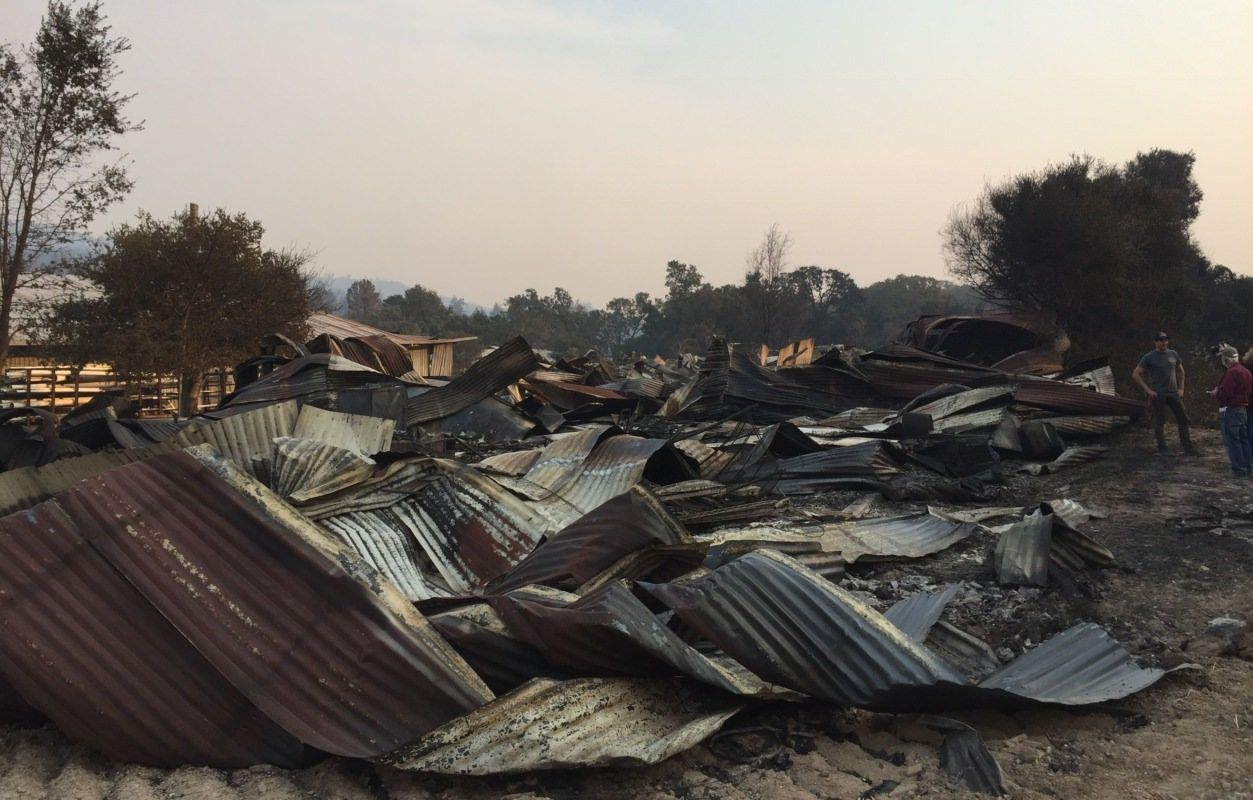 Weekly Deal Watch: Cannabis capital continues to bloom, with YTD total more than fives times larger than a year ago