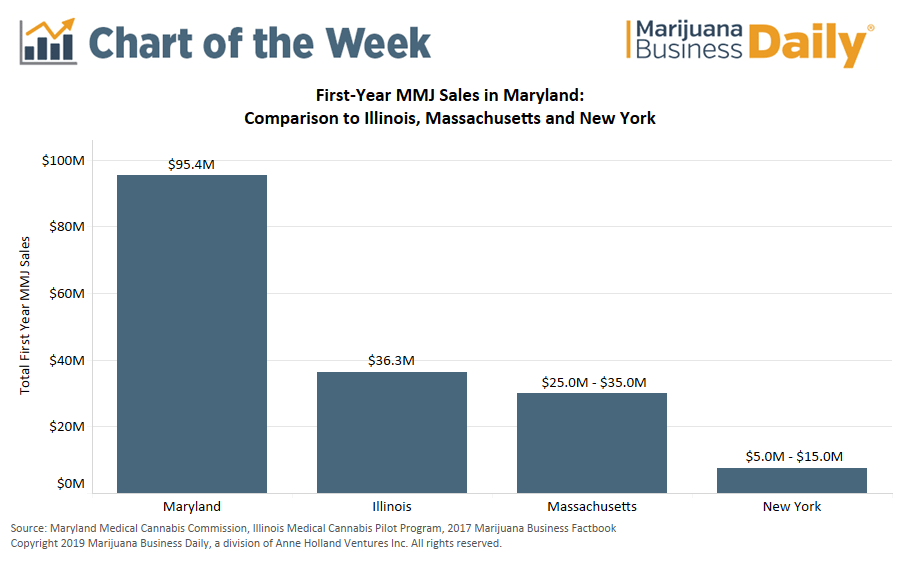 Maryland’s slow-to-start medical marijuana industry made up for lost time, zooming toward $100 million in first-year sales.

ADVERTISEMENT
Despite a successful ending, the first year was not without challenges.

Cultivation licenses were delayed after claims that minority applicants were at a disadvantage because regulators failed to award them any – and minority applicants only received a handful of retail and processing licenses. This led to the state issuing an independent analysis of industry diversity.

Although a lawsuit filed against the state eventually was settled, the state’s supply of MMJ was squeezed at launch – causing dispensaries to run out of product just days after opening.

And for weeks, dispensaries were plagued by seed-to-sale software issues that caused outages, slowdowns and sales disruptions.

Out-of-state medical marijuana patients can buy in OK, so does that affect AR?