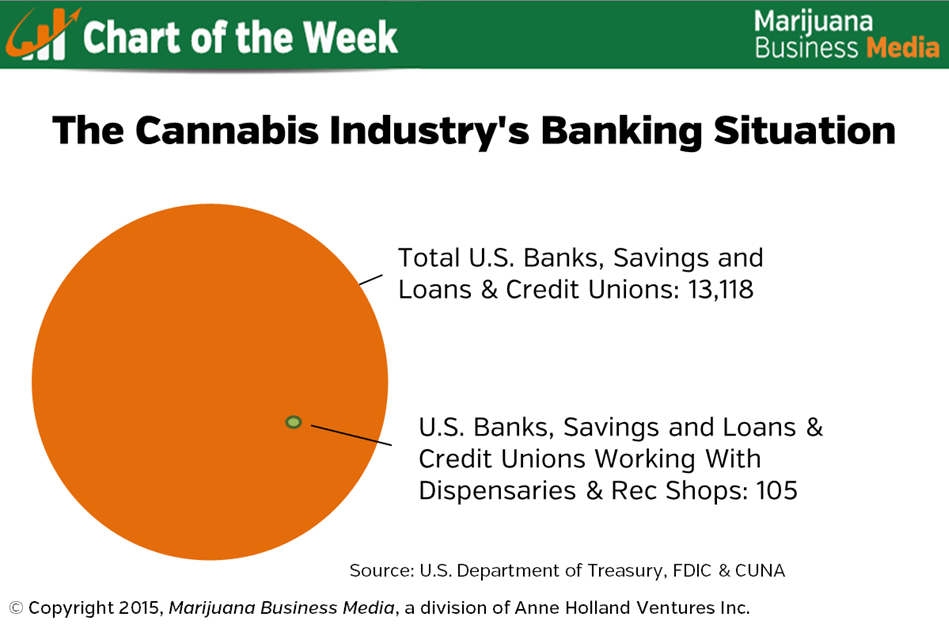 The difficulties dispensaries and recreational cannabis stores face on the banking front are well documented.

Although the federal government issued guidance early last year on how banks can work with the industry, the vast majority of financial institutions still keep marijuana companies at arm’s length.

While that number is higher than many industry insiders expected, it’s still miniscule considering there are more than 13,000 such institutions – which operate more than 100,000 branches – in the country, according to federal data.

Between Feb. 14 and Aug. 8 of 2014, FinCEN received more than 1,000 suspicious activity reports (SARs) from banks in the U.S. regarding activity with the legal marijuana industry. Of those, 123 indicated that one of the eight guidelines issued by FinCEN had not been followed.

The situation is starting to improve, as more banks are deciding to work with the industry – and even talk about it publicly.

And some of the nation’s more mature and advanced cannabis states have better banking access.

Eight of the 46 institutions represented by the Colorado Bankers Association, for example, reported doing business with the marijuana industry – or about 17%. A credit union specifically for cannabis businesses is also in the works in Colorado.