Hemp growers in Colorado would have to pay $200 in annual fees and another $1 per acre planted under proposed regulations released today, according to the Denver Post.

The fees are miniscule compared to the registration and licensing costs medical an adult-use cannabis businesses must pay, meaning hemp farmers will have an easier time getting started. Retail stores, dispensaries, cultivation sites and infused-products companies must pay thousands of dollars each year – and in some cases tens of thousands – in licensing fees.

The move is important because it officially helps usher in the era of industrial hemp, which could become a billion dollar industry in the years to come.

The committee charged with crafting rules on the industrial hemp industry released will submit its recommendations to the state Department of Agriculture.

As part of the proposal, the state would conduct regular inspection of hemp farms to ensure their plants contain less than 0.3% THC. 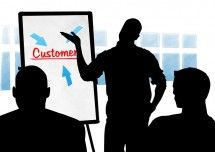