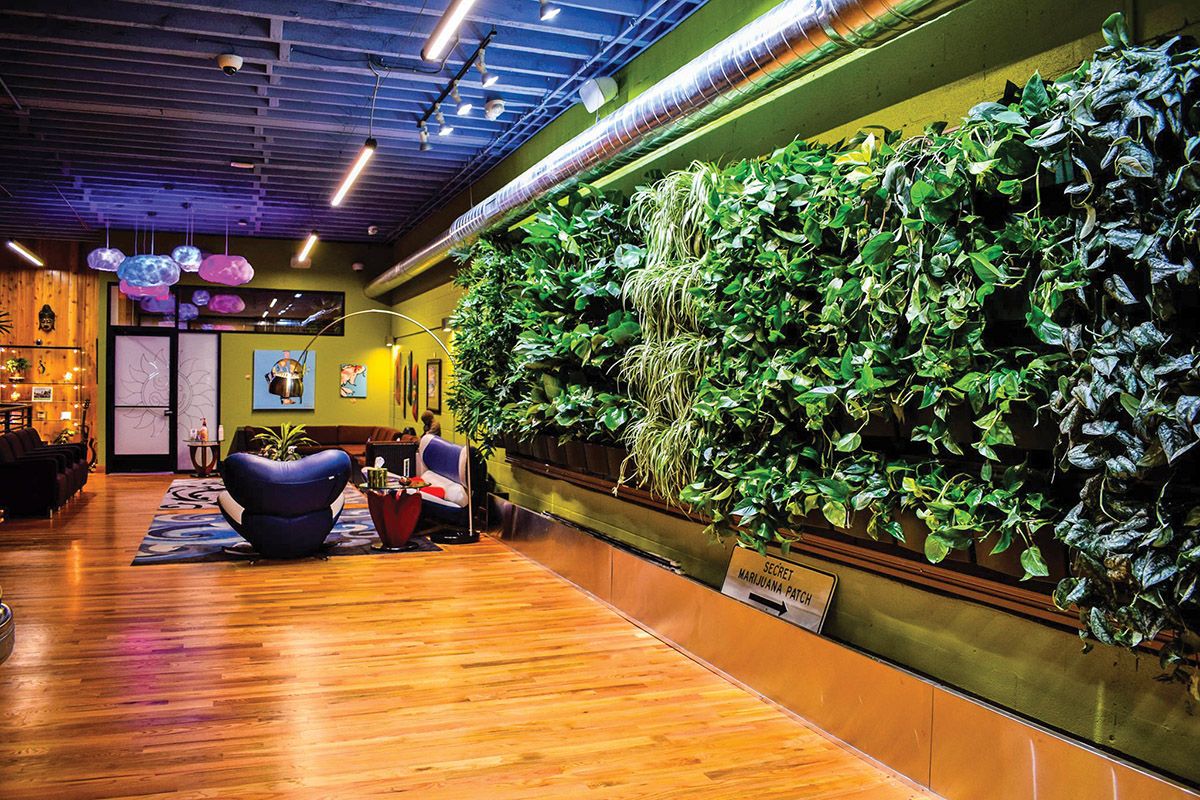 For eight years after launching in 2010, The Om of Medicine operated in Ann Arbor, Michigan, from a third-floor space that was barely visible from the street. The location allowed patients to buy medical cannabis without drawing much attention. Today, the dispensary has a prime, ground-floor location in the heart of downtown. Moreover, Om—the name refers to a sacred spiritual symbol of Sanskrit origin—boasts a prominent public profile through its active participation in the Ann Arbor community.

The company sponsors local nonprofits, hosts concerts and other community events, contributes data to the nearby university for academic research and lobbies for legislative change at the local, state and federal levels.

It also has a physician on staff who’s available for patient consultations, a move that boosts Om’s credibility as a provider of medical marijuana to Ann Arbor residents.

It’s a multipronged approach that aims to achieve a key goal: Support the community that supports Om’s business.

While the company’s approach may be collaborative, it’s also financially savvy. Om retains existing customers and attracts thousands of new patients—all while striving to become an integral part of the Ann Arbor community.

“Om is a symbol of us all being one,” said Lisa Conine, Om’s community outreach coordinator. “The owners chose that name to represent a new way of approaching medicine and business.”

With its large “Om” mandala logo prominently affixed upon its front window, the business has a street-level, Main Street storefront surrounded by trendy cafes and posh boutiques.

Many of Ann Arbor’s major arteries lead to the area, and the swank location underscores the dispensary’s arrival as an established member of the business community. It also provides ease of public access and facilitates community involvement, such as hosting cultural events.

“We wanted to be in the center of the town. We wanted to use (location) as a piece to break down the stigma,” Conine, said. “We (also) do that as a way to be completely invested in the downtown life and the Ann Arbor community.”

Om participates in the local community in several ways.

The dispensary, for example, is a member of the Main Street Area Association, an affiliation that enables building relationships with neighboring businesses.

Om also hosts music, art and educational events in its large lounge. Such events help reduce the stigma of cannabis use and raise public awareness about treatment options, according to the company. They also serve to attract new customers.

“About half the attendees bring guests with them who are not members of our establishment,” Conine said, adding that Om tracks retention of those newcomers via a membership app that indicates how they learned about the dispensary.

From Marginal to Medical

Om’s operations also have medical and scientific components that engage the local community.

The Om of Medicine has dedicated three rooms for private consultations with a doctor the dispensary retains to provide free, confidential medical advice.

The doctor is “on staff to help patients with the more nuanced questions of really challenging medical ailments—or someone who is just completely brand new (to cannabis) and terrified,” Conine said.

The doctor also keeps a medical file on each patient to track ongoing treatment needs and compile data for research purposes.

In 2015, for example, Om collaborated with the Ann Arbor-based University of Michigan by contributing data to a medical journal study detailing a link between cannabis and decreased opiate use.

Conine said two additional studies, one of which will examine a standardized approach to patient dosing, are also in the works with the university.

Conine stresses that, rather than viewing civic engagement as a business strategy, Om, itself a nonprofit, sees giving back as way to contribute to the local community.

She acknowledges, however, that such outreach generates revenue. For example, Om’s community participation and other activities boost its patient base, a roster that’s grown to 19,000 since the dispensary’s launch nine years ago.

Om’s intention “isn’t to get more people to come to our business because we tout philanthropic efforts,” Conine said. Rather, “it’s a big piece in dismantling the stigma, (and) definitely we’ve seen over the years that people are more loyal to us, and they feel good about contributing to a business that gives back to the community.”

Om’s patients, for example, via their tips and voluntary $1 membership fees, recently enabled the company to make a sizable donation to the local food bank—a move that earned Om the food bank’s Bread Winner award. The designation places the 12-employee dispensary alongside other major sponsors, such as telecom giant Verizon, grocery retailer Kroger and Domino’s Pizza.

“The primary goal is to give back and really amplify the missions of nonprofits that are around us. We wanted to work collaboratively and support other groups that are doing really impactful work,” Conine said.

“Of course, when you’re sponsoring things, that’s also a marketing opportunity. We have our logos on their websites, on the flyers, the events that they do. Our logo is also on the side of (the local food bank’s) distribution trucks, (which) … are on the road 365 days a year.”

Such visibility contrasts starkly with the days when, because of the stigma associated with cannabis use, Om kept a low profile up on the third floor.

“Patients wanted it to be hidden, because a lot of people didn’t want anyone to see them entering a dispensary,” Conine said.

But today, “we even have a sandwich board out on the sidewalk.”01