Of the 16 total applicants, these four made the final cut:

These companies are now required to place $2 million in escrow before their license will be issued. The state opted to require this level of funding as a backstop for cannabis companies in case of fines, operational problems or other financial hardships. The facilities must be operational within 180 days.

Jay Czarkowski, who runs a consulting company that worked with Advanced Grow Labs on its application, said getting local officials on board was crucial.

“They treat the cannabis industry like plutonium in Connecticut because it’s so new, so getting local approval is a tough, tough thing to do,” Czarkowski said. “But the Advanced Grow team secured local approval early and really worked hard on their application. With out guidance, they also designed this to be like a pharmaceutical manufacturing facility in which a grow operation is just one component of the facility, and that was really important.”

Between three and five dispensary licenses are expected to be awarded by April, out of 27 applications received by the state.

Connecticut passed a medical marijuana bill over 18 months ago. The slow progress of the program’s implementation thus far highlights the cautious approach many new states are taking toward their MMJ programs.

Updated: MMJ Will Be on FL Ballot 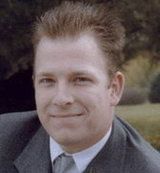