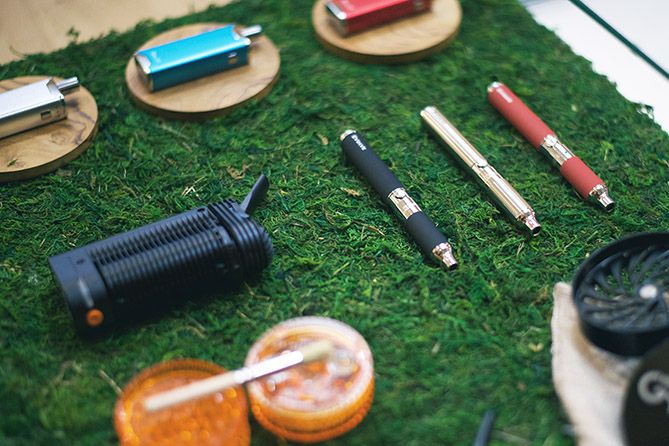 A grower looking to dial in best practices when optimizing plants for oil production should consider:

“It’s really about doing justice to the plants and making sure you’ve got the cleanest expression of their qualities,” said Jeff Thorne, cultivation manager for Calgary, Alberta-based Sunniva, a provider of marijuana services and products. “Fire in, fire out. You can make distillate from really poor-quality flower, but what’s better is to have really high-quality goods that you make an even better-quality oil out of.”

At multistate cannabis company Acreage Holdings, based in New York City, Director of Cultivation Philip Hague focuses on selecting strains that produce a high amount of resin, which contains the cannabinoids, terpenes and raw material desirable for quality oil.

“We’re working with a deep group of genetic material,” he said. “We’re able to grow lots of seeds and find plant materials that lend themselves more toward the extraction process.”

For a strong resin output, Hague likes strains of the Kush variety, provided they’re the real deal from South West Asia and not the California-style Kush plants.

“What people tend to call Kush nowadays doesn’t really have anything to do with the Hindu Kush mountain range (in Afghanistan),” he added.

But don’t be fooled by a plant with a lot of crystals, or trichomes. Just because the flowering part of a plant outwardly looks to contain a lot of resin doesn’t mean the inside of the leafy plant material will.

“Some of the best plants that we’ve ever come across for the extraction process aren’t very outwardly resinous,” Hague said. “But they do produce quite a bit more on the extract end.”

“Acquiring genetics from a stable producer or acquiring cuts from someone you know has stable genetics is going to be No. 1,” he said. “Understanding the specific phenotypical traits that you’re looking for will be your starting point for any facility that’s producing for concentrates.”

Thorne also goes for OGs if he’s extracting for cannabinoids and general high-potency concentrates such as distillate. If he’s looking for terpenes for product such as live resin, he’ll select his genetics based on how a plant smells. Fruity aromas in strains such as Grape God and Purple Punch usually equal good terpene yields, he said.

“It’s all about selection at the beginning of the process and the breeder’s work,” Thorne added.

Have a Favorable Growing Environment

While the genetics typically drive how much resin a plant creates, the cultivation environment can help to refine and finish the process.

Thorne uses a tightly controlled greenhouse climate to help generate large resin heads. He’ll start his plants with a warmer, wetter room, then trend toward cool and dry to finish the growth cycle.

“We can really see large returns of oils in a very tightly controlled climate, where we’re really able to steer the crop and finish it effectively,” he said.

Perret Gentil agrees that your second-most-important focus should be your cultivation methodologies and techniques.

“Properly being able to care for plants will affect the total amount of yield and potency as well as terpene production,” he added. “If you don’t have solid (standard operating procedures), you’re really going to struggle to produce consistent, quality products from the genetics you’ve acquired.”

One way to dial in your production is to formulate and tweak your nutrient supplements to ensure high yields, Perret Gentil added.

Finishing Moves Can Have an Impact

Once you’ve selected the right strains and grown them properly, it’s important to shepherd them through the last stage to provide the best possible plant material for extraction.

At Acreage, Hague likes to harvest his extraction-designated plants slightly earlier than flower for retail shelves. He’ll fresh freeze his cut plants immediately by placing them in a freezer rather than drying, curing and trimming them.

Doing it this way preserves some of the terpene content for live resin and helps to reduce labor costs. Acreage can skip paying an army of trimmers, for one.

Hague also recommends that growers re-create the “whole-plant experience” within a facility by lowering the maximum temperatures at the end of the plant cycle to help preserve terpenes in the extracted oil.

Thorne takes a similar approach and finds harvesting early helps to preserve the terpene profile, or, “that nose that everybody appreciates.”

While the total amount of oil recovery might be less if the plant hasn’t grown as large and dense, harvesting early retains the aromatic qualities of what the live plant smells like, Thorne added.

The timing of your harvest is crucial, according to Perret Gentil. He advises having an adequate number of workers on hand to cut and trim dried product. Without a properly managed schedule, producers risk allowing plants to age out of their peak trichome production time frame.

On the flip side, don’t rush the drying and curing stage, Perret Gentil added.

“When that product is dried and cured at a rate that is much faster than what it should be, yields don’t see as much of a return,” he said. “Understanding that drying and curing should take place over a two-week process is very important.”

What pesticides you apply and when you apply them can have a major impact on your plants at the end of the growth cycle.

He advises against the use of citric acid on cannabis plants.

Acreage tries not to use any pesticides at all, according to Hague. Very heavy botanical, oil-based products tend to hamper the extraction process, he added.

“Not only are you extracting the terpenes and cannabinoids from the plant,” Hague said, “you’re also pulling that excess oil out, and it becomes a part of your extraction.”

Sunniva also stays away from some approved pesticides and fungicides because of the damage they do to the product, according to Thorne. For example, potassium bicarbonate can be sprayed up to the day of harvest, but it lessens the quality of the extracted material, he said.

“We’re making oil,” Thorne said. “We want it to be super clean.”