Steve and Andrew DeAngelo are two of the best-known names and most-recognizable faces in the cannabis industry.

The brothers started Harborside Health Center in Oakland, California, nearly a decade ago and opened a second location in San Jose not long after that, creating one of the largest dispensary operations in the country.

Now, the DeAngelos are looking to bolster their presence in the cannabis industry by opening additional locations – all under the Harborside banner.

“We have expansion plans, both in other states and in California,” said Steve DeAngelo, who is seen by many as the godfather of the marijuana industry. “All the western markets that we can legally operate in are interesting to us.”

While Steve declined to go into details about the pair’s plans, Harborside recently won a dispensary license in Illinois, although only Andrew was involved in that dispensary deal. The company is also competing for a dispensary permit in the town of San Leandro, just southeast of Oakland.

The DeAngelos are optimistic they will land the license in San Leandro within the next two months, which would mark Harborside’s third storefront in the San Francisco Bay Area.

“We’re open to different kinds of relationships in different places,” Steve said. “What’s important to us is that we always have the ability to control the customer experience and the brand integrity.”

Steve said Harborside has also been looking to form strategic partnerships with other California collectives, since they’re all required to be nonprofits.

“What we have done and what we will do is form alliances with other collectives that would allow us to work together with them, and looking to the future, if (California passes) statewide regulations that would allow for for-profit operations, then certainly we’d be interested in acquisitions,” Steve said.

Harborside must use different approaches in each market given that rules and regulations vary by city and state.

In Illinois, for instance, the DeAngelos have local partners and are equity holders in the operation. They will also be responsible for managing the dispensary, which will bear the Harborside name.

ADVERTISEMENT
“We intend to brand all of our shops ‘Harborside,’ at least for the foreseeable future,” Steve said. “Harborside is probably the only globally recognized dispensary brand in existence today, so there’s a lot of value there.”

The brothers have had setbacks, however. For instance, they applied in both Massachusetts and Nevada for dispensary licenses, and ultimately lost out to other applicants.

The competition in the two states was intense, and the licensing processes in both cases arguably got quite political. Harborside eventually wound up losing a good bit of time and money it had invested in a dispensary in Massachusetts.

Despite the setbacks, the Harborside name and its recognition as a leader in legitimate dispensary operations will probably make the brothers a pair to be reckoned with in coming years, said Zeta Ceti, owner of Green Rush Consulting, another Oakland-based marijuana company.

“They have a great model. A lot of the dispensaries around the country have based their dispensaries on their model,” Ceti said. “It’s a matter of aesthetics and procedures and how they treat their patients.”

Steve has also proven his marijuana business acumen over the years: He co-founded Steep Hill Labs in 2007, one of the first marijuana testing labs in the country, and also teamed up with Troy Dayton to found the investing network the ArcView Group (Steve’s still the current president). He’s also on the board of the California Cannabis Association.

Part of what’s driving the expansion is the possibility of California soon allowing for-profit marijuana businesses. That might happen if officials enact statewide regulations on the MMJ industry or California legalizes recreational marijuana in the 2016 elections.

“California is the largest cannabis market in the world right now, and we’re in the middle of some very exciting legal changes that are going to open that market up to commercial enterprises,” Steve said. “It’s been a nonprofit market since it was created in 1996, and of course Andrew and I have been working faithfully in that environment, drawing nonprofit salaries for all of these years, and we look forward to an opportunity to engage in a for-profit basis in the industry.”

Ceti said it’s a sensible strategy that the DeAngelos would try to launch as many Harborside locations as possible in advance of the 2016 elections, as there’s a chance recreational marijuana will be grandfathered in the way it was in Colorado. In 2014, Colorado MMJ dispensaries were the first to be allowed to sell recreational cannabis.

“I know that’s the reason why they’re doing it,” Ceti said. “Because they know that if they can set up a bunch of locations in California, then they can take advantage of what’s going to happen.”

Ceti said he expects the DeAngelos to keep applying for dispensary licenses throughout California and in other upcoming markets, such as Maryland.

“I don’t see them slowing down anytime soon,” Ceti said. “They’ve got such a strong brand and they’ve had such credibility for such a long time that they’ll outlast some of these newer brands.”

Correction: A previous version of this story said Steve and Andrew DeAngelo won a license in Illinois. Andrew is involved with that license but Steve is not. 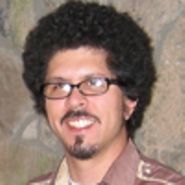