A little over a year ago, Detroit enacted a new restrictive set of zoning ordinances designed to legitimize some medical marijuana dispensaries and to close dozens of others.

Today, according to a new city website, just three “caregiver centers” have been licensed and 59 are mired in the approval process.

Another 61 are operating while wading through red tape, and 161 have been shuttered by law enforcement.

This all comes amid confusion over implementation of new state medical marijuana rules, the possibility that activists may get recreational cannabis legalization on the 2018 statewide ballot, and talk of another local measure in Detroit to roll back the restrictive city zoning rules. Those regulations could perhaps result in as few as 20-50 dispensaries ultimately receiving business permits.

It all adds up to ongoing turmoil for business owners, despite a hefty demand for medical cannabis in the city and a state that had 179,000 registered patients last year, according to the 2016 Marijuana Business Factbook.

“We have an industry whose engine is revving and we’re just waiting for a green light so we can squeal our tires and take off,” said Rick Thompson, a board member of the Michigan chapter of NORML and author of the Compassion Chronicles blog.

The situation in Detroit

The city, which has received 298 medical marijuana business applications, has been slowly licensing MMJ caregiver centers.

And while Detroit has no specific cap on the number of caregiver centers it will ultimately license, an employee at Green Cross – the city’s first licensed MMJ retailer – said a city health inspector indicated to her that only 20 to 50 medical cannabis business licenses will be issued.

“That’s what the health inspector told me, about 20-50 in the city,” said Vanessa Rogers, a volunteer caregiver at Green Cross.

That could change with yet another ballot measure that cannabis attorney Matt Abel is considering writing for the November municipal election. It potentially would roll back the zoning ordinances, formally allow for edibles and concentrate production, and introduce more possible changes designed to open up the cannabis industry.

Even those with current licenses in Detroit still face strict regulations, including a ban on selling concentrates and edibles, Rogers said. And Detroit’s medical cannabis centers are very different from state-licensed dispensaries, which will be allowed to serve any patient with an MMJ card when licenses are issued, Abel said.

“One of the guys who got a license is afraid to open,” he said, referring to one of the three licensees in Detroit.

He explained that, under state law, caregiver centers can employ registered MMJ caregivers, and each of those caregivers can sell cannabis to five patients apiece, but no more than that. If a Detroit center has five caregivers on staff, for example, that would mean the center could legally serve only 25 different patients.

Abel alleged a lot of dispensaries are ignoring the law and selling to as many cardholders as they like, and it’s an unfortunate reality that the licensee he spoke with could be targeted by law enforcement for doing the same – even if he’s only trying to perform as a competitive business.

“And now, he’s really got something to lose, because he’s got a license,” Abel said.

Then there are the zoning ordinances. Enacted a year ago, they prohibit any medical marijuana caregiver center from locating within 1,000 feet of churches, schools, libraries, day care centers, public housing projects, parks and more.

Consequently, zoning variances are in high demand among license applicants, many of whom have been selling MMJ in Detroit for years. But the city has been “dragging its feet” on MMJ business licensing in general, in part because there hasn’t been much clarity from the state on what it intends to do, Thompson said.

State not leading the way

Delays at the state level seem to start with Gov. Rick Snyder, and that apparently doesn’t bode well for the MMJ market.

“The governor has to appoint an administrative rules panel, and he missed his deadline for that,” Thompson said. “He said he’s taking extra time to vet the people he’s going to put on the committee.

“That is not a good sign for the implementation of the program, since everything is predicated on that first step. You can’t get your licenses until the administrative rules are done, you can’t do the rules until the board is (appointed), so it looks like this might be a longer process than we originally hoped.”

Right now, state MMJ business applications are slated to be available in December, Thompson and Abel said. That means state licenses likely won’t be issued until sometime in the first quarter of 2018. But even that timetable may end up being pushed back, a move that could have a direct impact on how Detroit’s MMJ industry evolves.

Detroit has already closed 161 dispensaries in the past year, according to the city, and more may be facing enforcement for a variety of reasons, Rogers said.

Green Cross has been open and operating since receiving its permit in early February, she said, noting it took the facility over a year to get its license. That’s contrary to the 29 days the city estimated in an email to Marijuana Business Daily that it takes most applicants to become licensed.

Rogers declined to estimate how many patients Green Cross has served since opening but emphasized the facility is limited to selling flower and hemp-based CBD products, per city law – no edibles or concentrates.

And, she said, the city is still working on shuttering illegal dispensaries. Part of that, she said, is because many dispensaries are selling cannabis riddled with mold, powdery mildew, mites or other contaminants.

“That’s one of the main reasons a lot of these dispensaries are getting shut down,” Rogers said, “because they’re peddling garbage.” 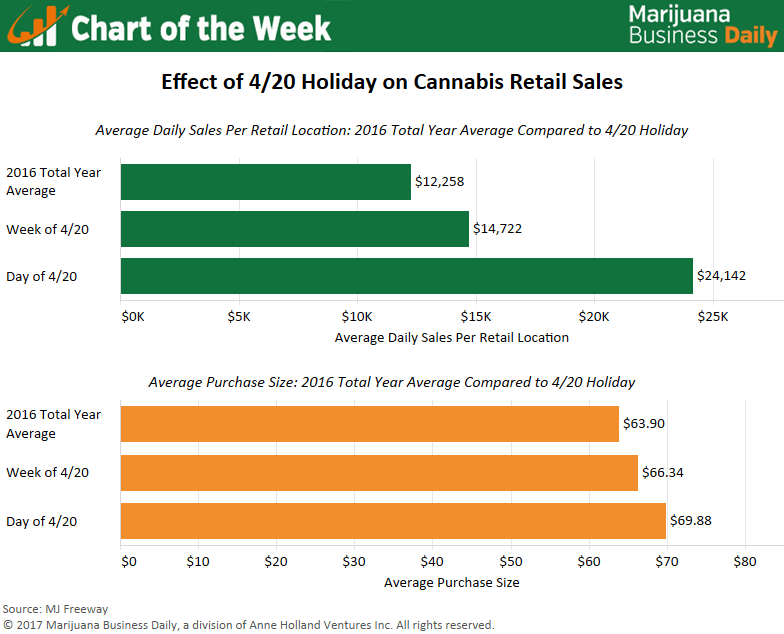